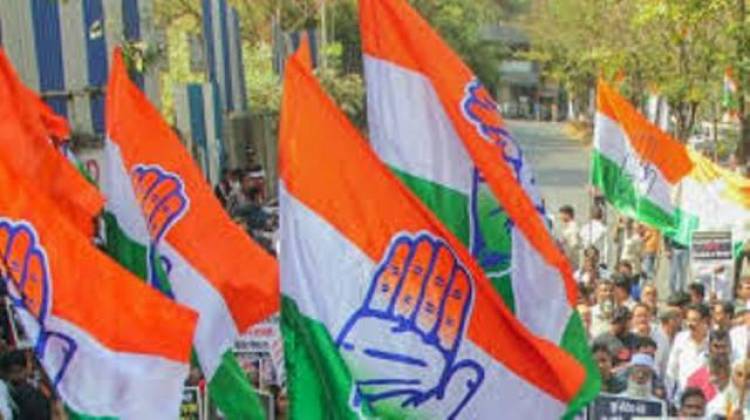 Bhubaneswar, Aug 1 (PTI) Terming the BJD's support to the Inter-State River Water Dispute (Amendment) Bill, 2019 in the Lok Sabha as "unfortunate", opposition Congress Thursday sought to know from Chief Minister Naveen Patnaik how it will protect the interest of Odisha.

Congress Legislature Party leader- Narasingha Mishra- slammed the BJD for changing its stand on the issue and charged it with "sacrificing" the interest of the state.

Lok Sabha had on Wednesday passed the bill that seeks to streamline the adjudication of inter-state river water disputes.

A key feature of the bill, that seeks to amend the Inter State River Water Disputes Act, 1956, is the constitution of a single tribunal with different benches, and the setting up of strict timelines for adjudication.

"The BJD took a U-turn in the Parliament and supported the Inter-state River Water Dispute (Amendment) Bill, 2019," Mishra said.

The Odisha Assembly had opposed to the one tribunal idea of the BJP government in wake of the Mahanadi water dispute with Chhattishgarh, he said.

"Let the BJD president and chief minister explain the house how it will be beneficial for the state," Mishra said.

"Under what circumstances, the BJD changed its stand and sacrificed the interest of the state in the Parliament?" the Congress leader asked.

The one tribunal is against Odisha's interest and anti-people, he said.

"The chief minister is accountable to the people of Odisha. It is an unfortunate as well a serious matter," Mishra said.

He said the people of Odisha are already facing water scarcity during the non-monsoon season as neighbouring Chhattishgarh has constructed several barrages and dams upstream on the river Mahanadi.

Two House Committees, one headed by Speaker of the assembly and another led by the chief minister, were formed to oppose the Chhattishgarh's illegal act, he said.

The CLP leader also recalled how the NDA government was reluctant to set up a tribunal to address the Mahanadi water dispute with Chhattishgarh. The state had to move the Supreme Court for which a separate tribunal was set up.

At such a juncture, the ruling BJD MPs in Lok Sabha supported the one tribunal idea of BJP which will severely affect Odisha's interest, Mishra remarked.

The Congress leader also came down heavily on the BJD and its president Naveen Patnaik for the regional party MPs supporting all the bills and issues raised by the BJP-led government at the centre.

"First you (Patnaik) supported GST bill. Then, we had said that it will not benefit the state. Now, your minister is not sure whether the GST has helped the state," he said.

Similarly, the BJD also supported Narendra Modi's demonetisation scheme and later the government realised that it was not in the interest of the people of the country as well as Odisha, Mishra said.

The Congress member also cited another instance where the BJD blindly supported the BJP candidate in the recently concluded Rajya Sabha elections after Prime Minister Narendra Modi making a phone call to Patnaik.

"The BJD has gifted one Rajya Sabha seat to BJP and the saffron party candidate won the Rajya Sabha elections without having required number," he said, adding that BJD's open support to BJP on all issues was not in the interest of the people of Odisha.

He also said that even after open support to BJP on different issues, the central government is not paying any heed to Odisha.

The Congress member said if the BJD goes on supporting the BJP on all issues, it will help the Centre develop a "dictatorial attitude".

"There will be no democracy as there is a bid to make one nation, one election, one law, one tax, one party and one leader in the country," he said.

"I request the chief minister to clarify to the people of Odisha if there is any hidden agenda behind the BJD's support to the BJP, whether it will help develop socio- economic condition of the people in the state," he said.

Saina crashes out in second round of Thailand Open

SIDBI and ONDC ink MoU to accelerate E-Commerce for Small...

ONDC, a first-of-its-kind initiative to democratise .....

Pongal festival is celebrated for the year's harvest season across India in different...

known for its innovative and customer-demand driven product offerings, manufacturing...