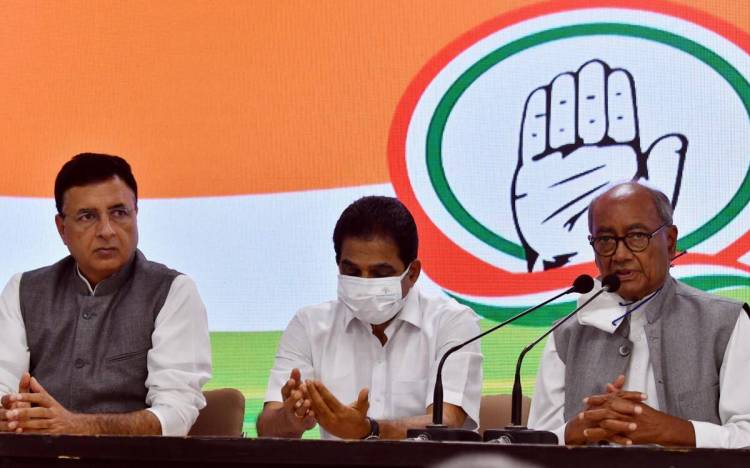 The Congress on Wednesday said it would launch nationwide mass agitation programme Jan Jagran Abhiyan from November 14 to 29, where it would reach out to people to explain how the Union government’s “failed economic policies” have led to runaway inflation.

Party workers would lead a week-long “padyatra” with night halts in villages. The programme would begin with “prabhat pehri” (early morning march), followed by “shramdaan” (cleanliness drive). “Padyatris” would hold numerous small group meetings to communicate the nuances of inflation and its adverse effects on the common man, Mr. Venugopal stated.

Party president Sonia Gandhi, during the recent Congress Working Committee meeting, had stressed the need to train party leaders and workers on ideological issues. The party’s training department, headed by Sachin Rao, will be organising three-day training programmes from November 12- 15 as part of this effort, at Sevagram, Wardha, Maharashtra.

‘Nation under severe pain’
Explaining the context of the agitation programme, Mr. Venugopal observed, “The country is undergoing severe pain due to the policies of the Modi government, and especially in the last two years, the condition has deteriorated further with a sharp increase in inflation.”

Mr. Singh said inflation was now pinching not only the poor but also the middle class. Drawing a parallel with Mahatma Gandhi’s Dandi Yatra, he remarked that many were apprehensive about participating in the Dandi March. Mahatma Gandhi told them that he did not mind if they don’t want to participate. He was confident that women would come out in huge numbers. On the day his march reached Dandi, Mr. Singh stated, out of a crowd of 39,000, 19,000 were women. “Mahatma Gandhi led the Dandi March against the tax on salt that hit every household. Similarly, the increase in price of gas cylinders has hit every household ... the inflation has hit everyone. Our agitation too will be women centric.”

This was only the first edition of the agitation. There would be more such protest movements on unemployment, farmers issues and so on. “We felt that in most of our protest programmes, Congress cadres enthusiastically participate but we are not able to reach out to people. Therefore, we decided to come up with a mass agitation programme,” he added.

1Kosmos, the only company that

The new curriculum framework will be developed and be ready by 2022 when the nation...