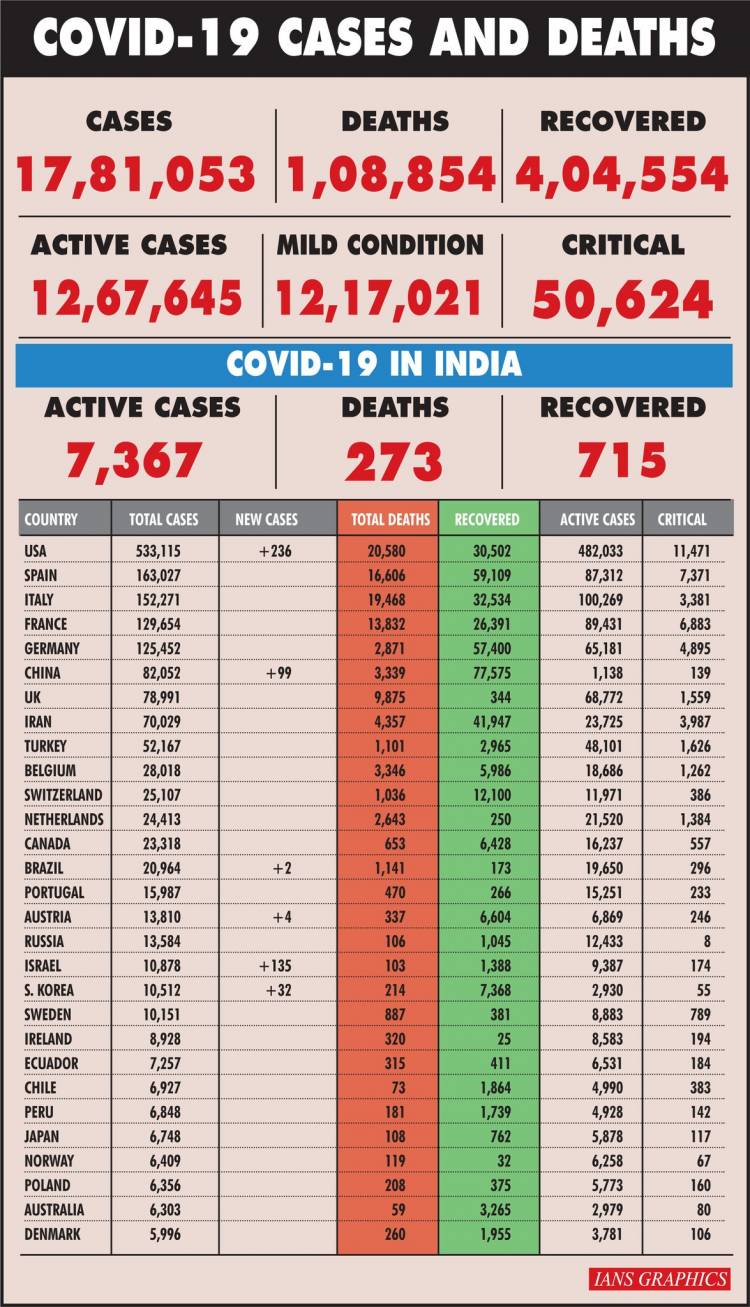 Bringing the total number of infections, fatalities and recoveries so far to 152,271, according to the latest data released by the country's Civil Protection Department.

China on Sunday reported 99 new cases of the novel corona virus, more than double of the infections registered a day earlier,

However, there were no deaths reported in the 24 hours from Saturday morning, the National Health Commission said.

The number of #COVID19 cases on USS Theodore Roosevelt, the nuclear-powered American aircraft carrier, has increased to 550, the #USNavy said.

In an update on Saturday, the Navy said that 92% of the carrier's crew members have been tested for #COVID19.

Days after she reportedly got into a scuffle with a DMK MP at the Delhi...

The BJP-led coalition government in Goa has dropped Gandhi...

Celebrate Dusshera with the Taj Hotels in Chennai!

Looking for a quick getaway with family and friends, then the upcoming festival...