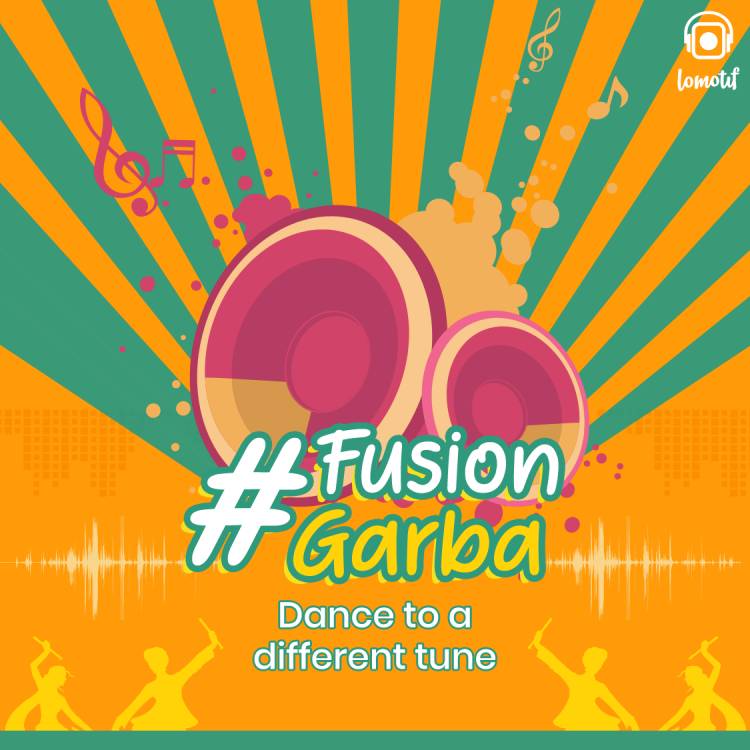 ~ The brand’s latest campaign will see five winners, who garner the most likes, receive a pair of tickets to Goa ~

India, October 11, 2021: With Dandiya, Garba, bright outfits, and plenty of joy and laughter, the nine-day holiday of Navratri has well and truly begun. To boost the spirit and excitement surrounding the celebrations, Lomotif has decided to make it more entertaining by encouraging users to post their dancing videos to the Lomotif app till October 17 in exchange for a reward. Yes! You read that right.

To take part, one has to simply show off their best Garba moves to the rhythm and beat of the music. But Lomotif, in its trademark style, adds a twist to the competition. Participants will have to get creative in performing fusion Garba to one of the chart-busting tunes in the campaign playlist instead of a Garba song.

Five lucky winners who upload their video to the Lomotif app with the hashtag #FusionGarba and get the most likes on their creative dance steps will receive a pair of tickets to Goa. So put on your dancing shoes, select a song that matches your rhythm and get into the spirit of Navratri to win those tickets and enjoy a much-needed vacation.

Paul Yang, Co-Founder & Chief Executive, Lomotif said “First and foremost, I want to wish everyone a joyous Navratri. It is truly a one-of-a-kind celebration. Nine days of festivities with music and dancing is sure to make one want to shake a leg.  Through Lomotif, we look to make the festival extremely special, memorable and interesting for everyone. I encourage people to share their dance videos and just have a good time. May the holiday season bring everyone happiness and serenity."

Lomotif is the leading video-sharing social networking platform that is democratising video creation. Since the company was co-founded by video enthusiast Paul Yang in 2014, Lomotif has been granted three technology patents uniquely focused on empowering creators to share and watch short videos with ease through remix and collaboration. Paul’s bold vision is to build the world’s largest video vocabulary to accelerate the world’s transition to video-first expression. Lomotif, available in the Apple and Google stores, is a breakthrough downloadable app for hip hop, rap, and urban culture across the United States and Latin America. Lomotif is one of five partners selected by Snapchat for a bi-directional integration for posting stories between the two platforms.

The Indian Navy said on Thursday it continues to maintain its presence in the Gulf...

Joining hands with the Government of India’s efforts to fight COVID-19 pandemic,...

Sangeetha Mobiles Teams Up with Feeding India by Zomato...

AirAsia India to give Doctors 50,000 seats on AirAsia flights

To honour their commitment in the nation’s fight against the pandemic, AirAsia India...