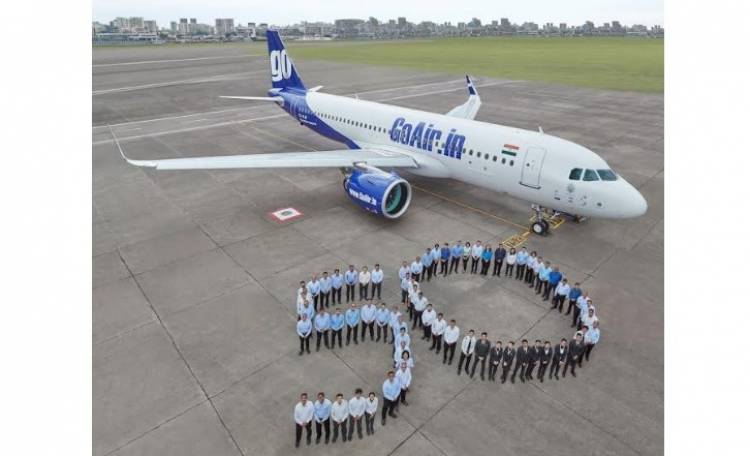 Mumbai, June 27, 2019: GoAir has inducted 50th aircraft into the fleet. With this new milestone, GoAir has doubled its fleet in less than two years, earning itself the coveted title of India’s fastest growing airline that operates 270 daily flights connecting 24 domestic and 4 international destinations.

Commenting on the induction of 50th aircraft, Mr. Jeh Wadia, Managing Director, GoAir, said: “This new milestone gives me immense satisfaction and a sense of achievement. At the same time, it also tells me that we have a long way to go. Going forward, on average, we will be adding at least one aircraft every month and that translates into more flights, more destinations and more smart options for the consumers. Soon we will be adding four new international destinations to our network.”

Mr. Wadia continued: “In 2016, we looked at an aggressive business strategy and took a long call on India’s economic growth as well as the crucial role that GoAir has to play within the aviation sector. That year we doubled our Airbus A320 aircraft order to 144 with a clear vision of accelerating growth and at the same time staying profitable. Those goals continue to be our guiding principle from a business perspective. From a customer point of view, GoAir executes its business model on the basic three-tier principle of 'punctuality, affordability, and convenience’ and these principles have helped gain the trust of our customers.”

* On-Time-Performance: 9 times in a row, GoAir has been ranked on top for OTP

* Load Factors: This is the percentage of filled airline seats. GoAir is among the top two airlines in India on the load factors chart with healthy 90%+ loads.

* Cancellations: Least number of cancellations – in other words, customers have deep faith in GoAir

* Passenger Complains: The number of complaints per 10,000 passengers for GoAir has remained less than 0.5

-Three categories with 1,500 kids participation in 4thedition of HKR2019 -Cultural...

As Chennai floods and Vendors refuse .......