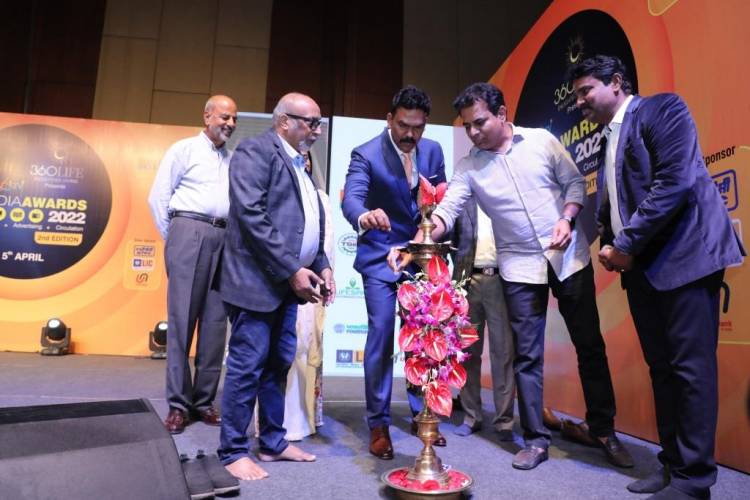 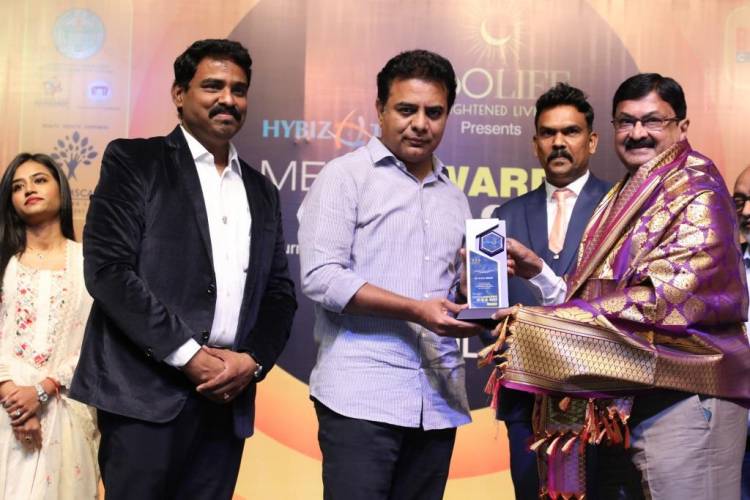 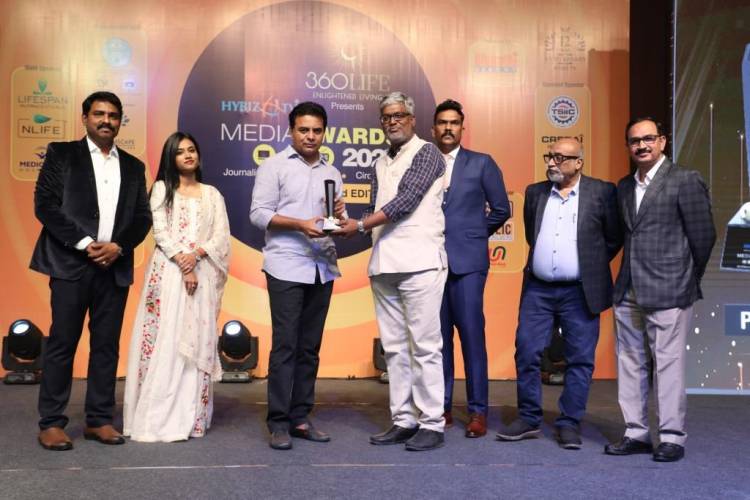 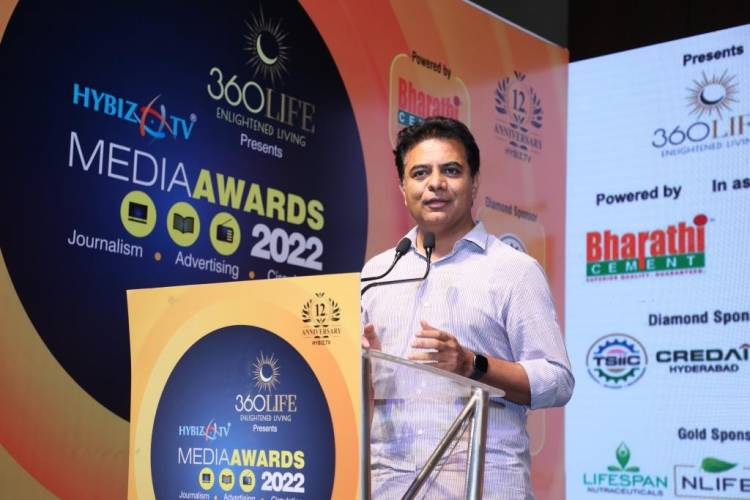 Hyderabad April 2022:  Inspiring, impressive and impactful are the words that can aptly describe the 2nd Edition of Hybiz TV Media Awards. Media professionals from Print, Electronic and Radio were honoured on one single stage at Novotel HICC.

Sri. Kalvakuntla Taraka Rama Rao, the Hon’ble minister for MA&UD, Industries & Commerce and IT graced the award ceremony as the chief guest and presented awards to all the winners of the evening.

More than five hundred nominations were filled across 30 different categories mainly from Journalism, Advertisements and Circulation.

On the success of the Media Awards, Mr. Rajgopal Madishetty, Founder and MD of Hybiz TV said “Hybiz TV Media Awards is an effort to recognise and honour outstanding work of the media professionals having displayed an extraordinary knack to find, follow and present a story to its audience. Media Awards is a unique and first of its kind event to bring all the media wings under one roof and honour their excellence. I would also like to thank the Hon’ble Minister to take out time from his busy schedule honour us with his presence.”

Speaking about the 2nd edition of the awards and its significance, Dr. Sandhya Rani Janapati, CEO Hybiz TV said “Hybiz TV Media Awards is the only and biggest media awards in the city of Hyderabad. Beside recognising and honouring outstanding work of the media professionals and it was an eventful evening, with an aim to inform, educate and entertain“

As a token of respect all the jury members were presented with mementos for their fairness, ethics and integrity shown while selecting the winners.

Hybiz TV Media Awards is an emblem of encouragement to inspire our media industry to do better than the best.

EssEmm Corporation a Coimbatore based company .......