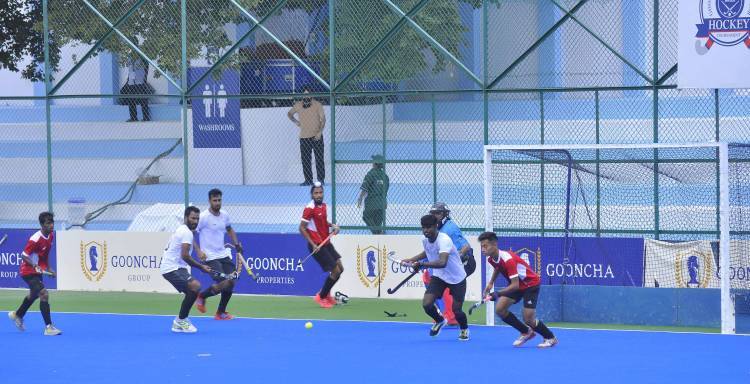 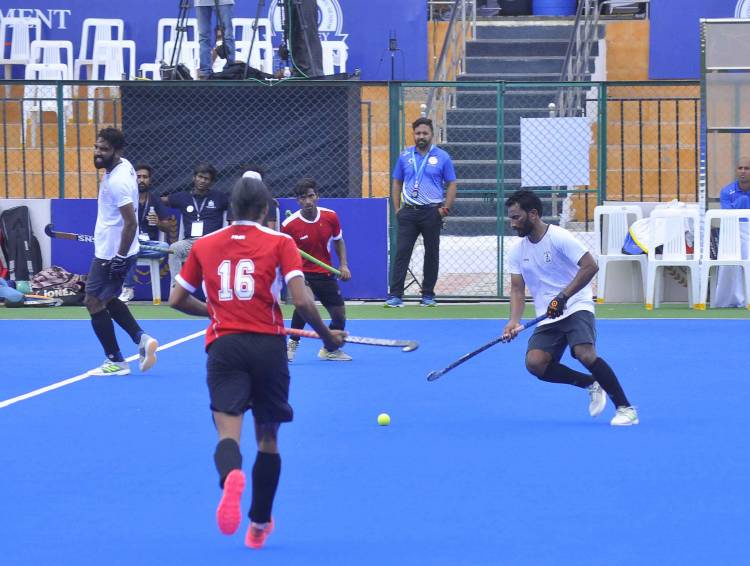 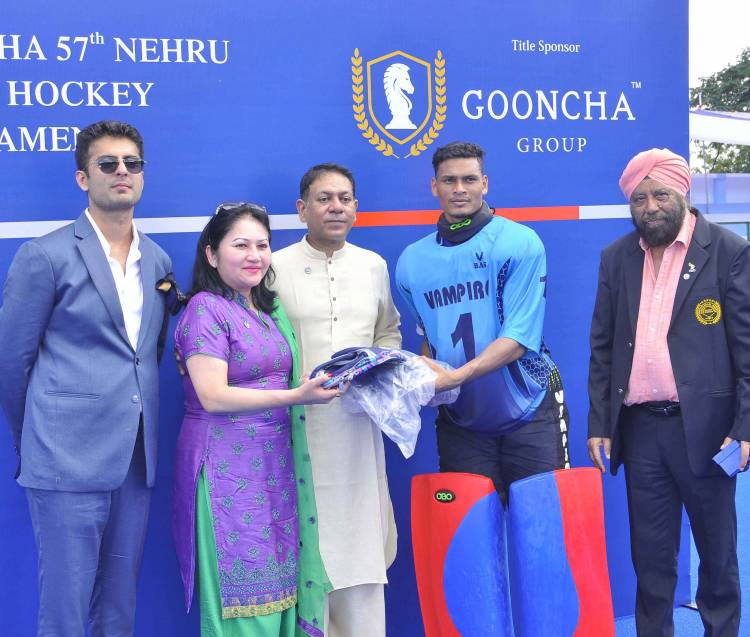 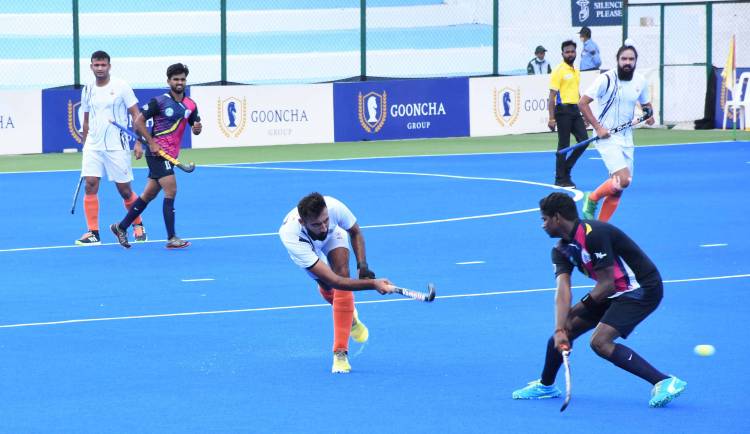 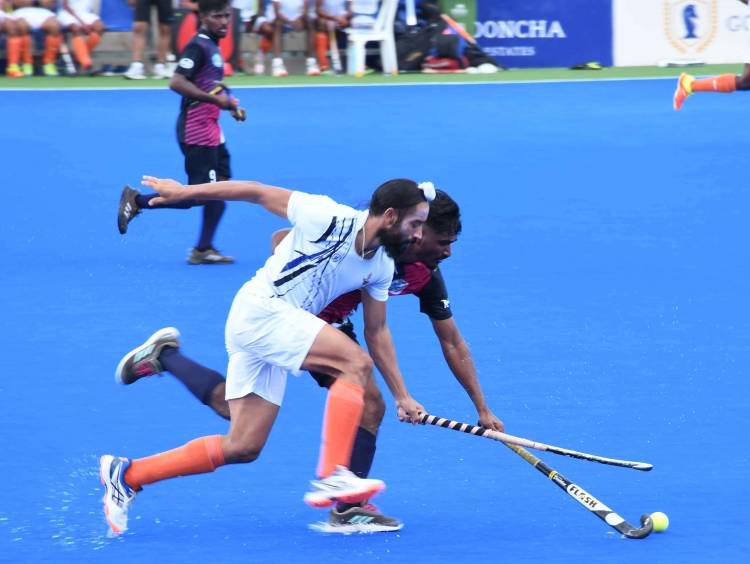 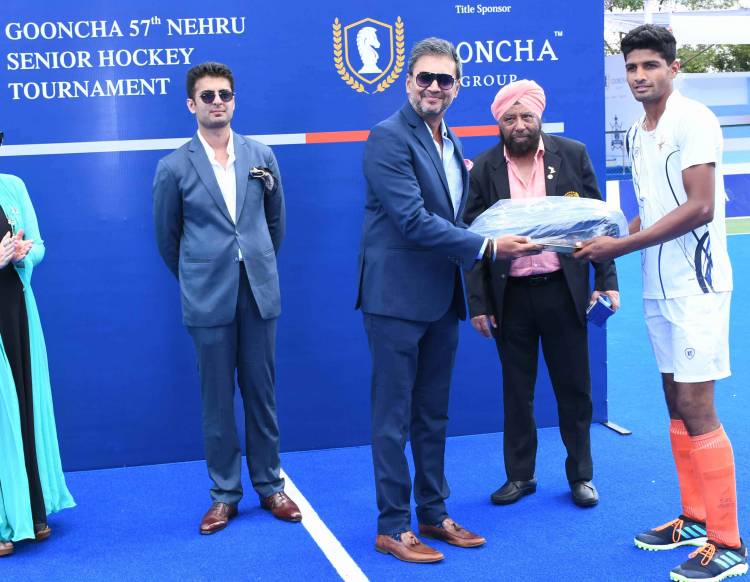 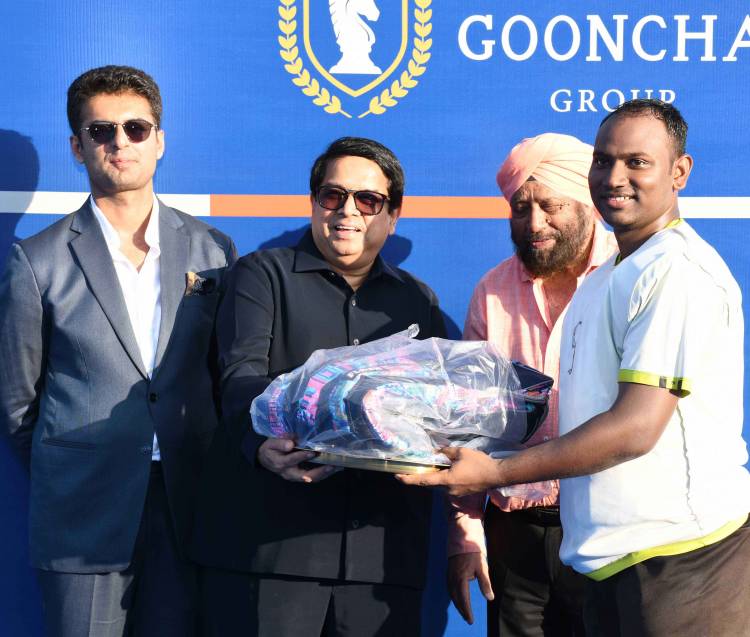 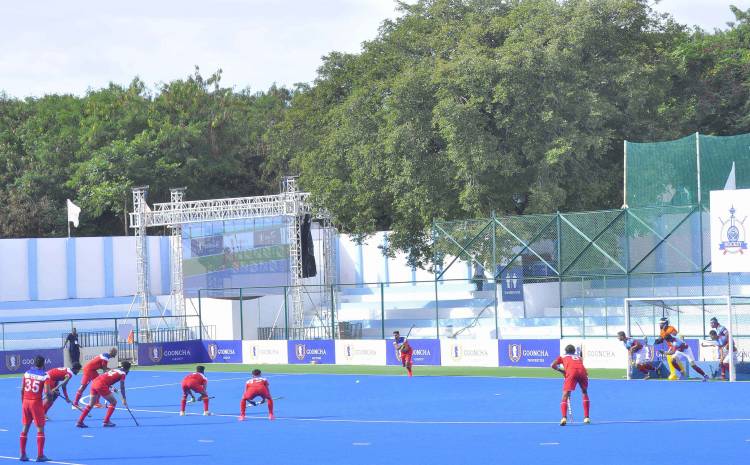 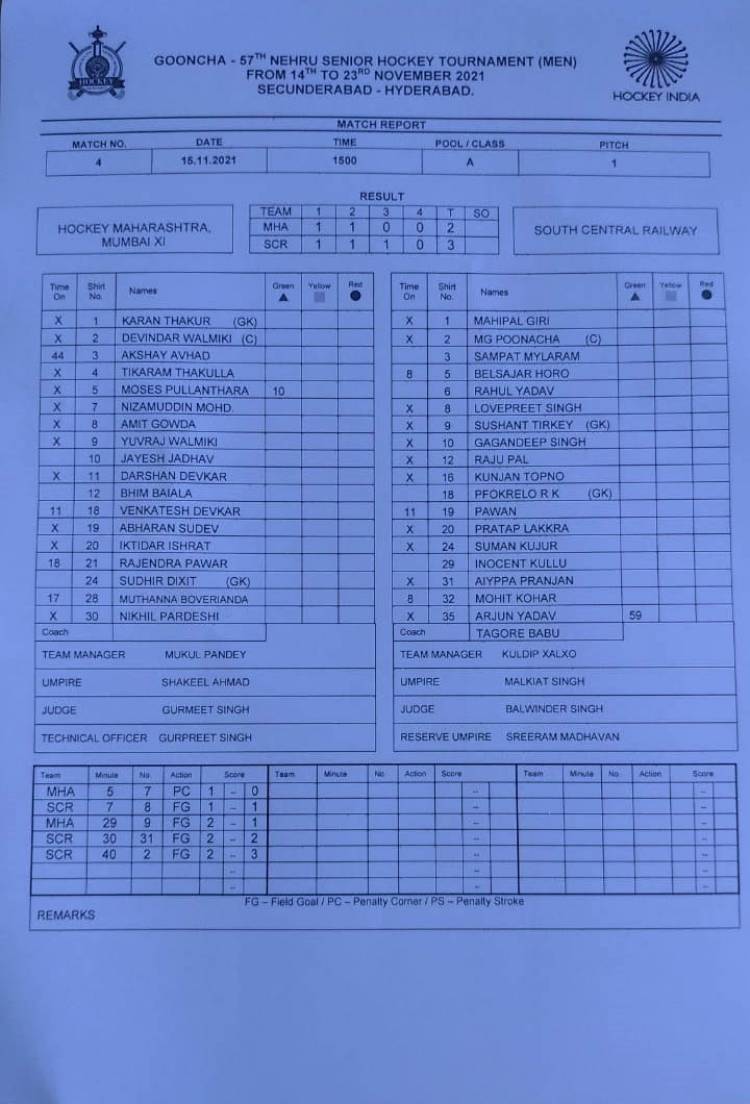 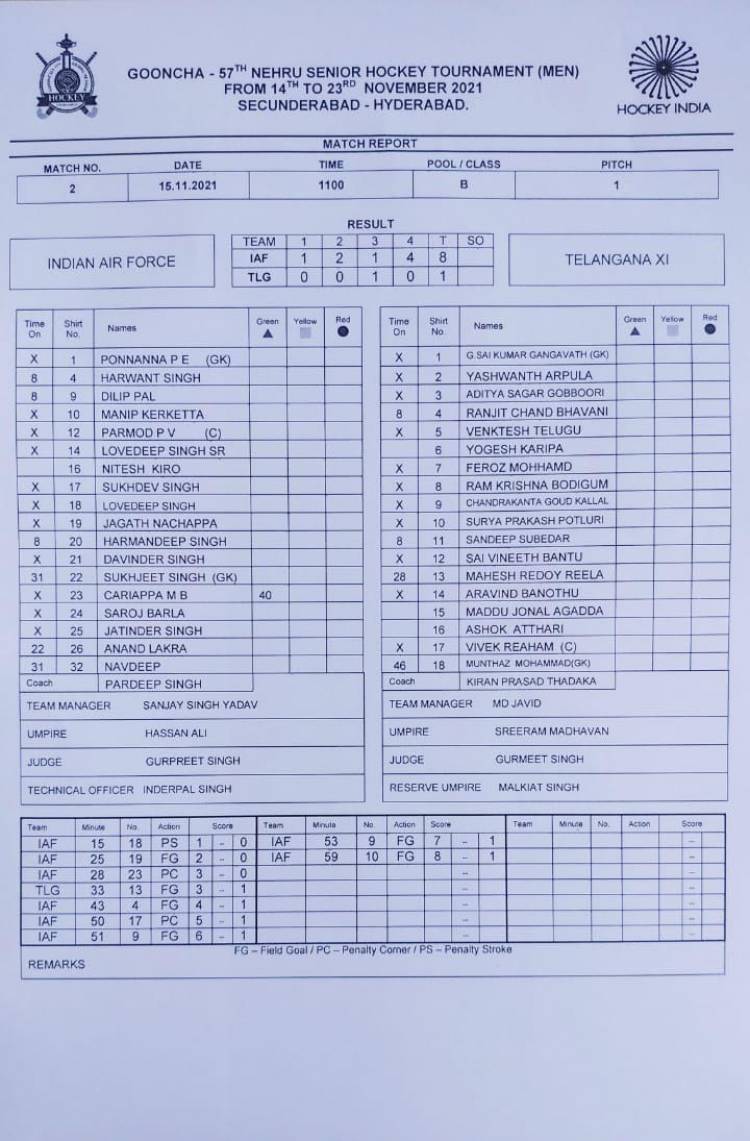 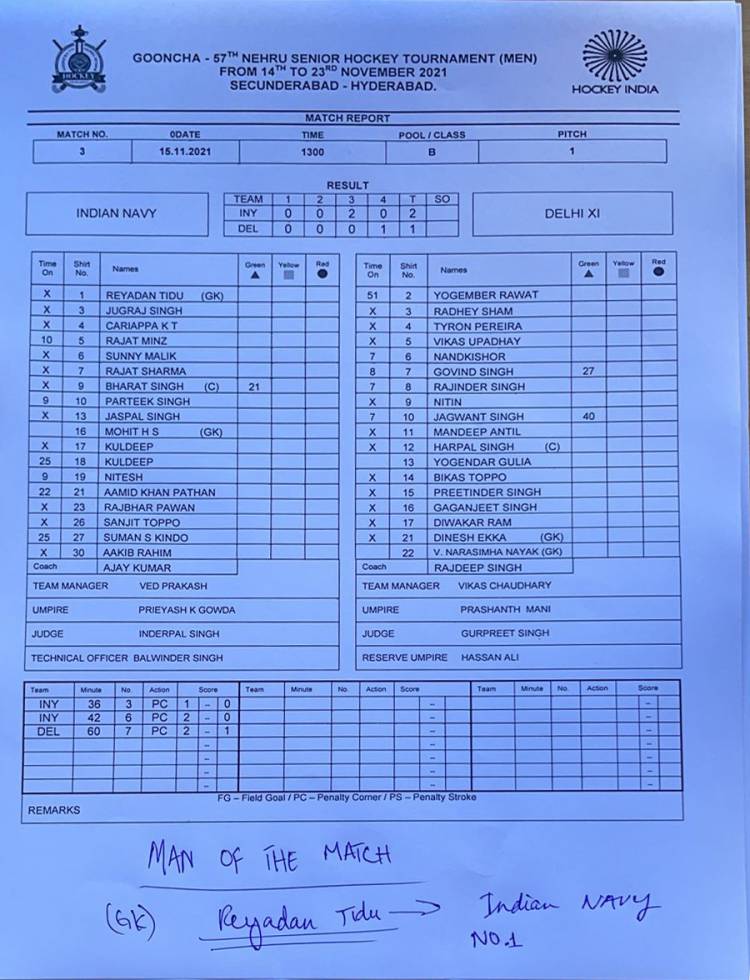 Hyderabad, November 15th, 2021: The first match as part of the knock-out round, on the second day of the 57th Gooncha Nehru Senior Hockey Tournament, sponsored by Gooncha Estates, part of the Hyderabad based Gooncha Group; was played between Indian Air Force (IAF) and Telangana Xl, on Monday at the SCR Sports Complex, Secunderabad. IAF outplayed the local team with great finesse and scored an overwhelming 8 goals to register an 8-1 victory. Though the score reflects the game to be one sided, Telangana Xl floundered multiple chances that came their way to improve upon the score.

Fifteen minutes into the game, Lovedeep Singh provided the lead to IAF by scoring through a penalty stroke, his teammate Jagath Nachappa followed it with a field goal in the 25 minute and Cariappa MB converted a penalty corner to make the score 3-0 two minutes ahead of the halftime. Mahesh Reddy Reela of Telangana Xl, scored a field goal for the team 3 minutes into the 2nd half. Thereafter there was no looking back for IAF team with Harwant Singh scoring a field goal in the 43rd minute;  Sukhdev Singh’s penalty corner made the score 5-1 in the 50th minute, back to back two field goals by Dilip Pal in the 51st and 53rd minutes, followed by a field goal by Manip Kerketta in the 59th minute, sealed the game in favour of IAF with 8-1 score. Jagath Nachappa of IAF was declared the Player of the Match.

Hyderabad, November 15th, 2021: The second match on the second day of the 57th Gooncha Nehru Senior Hockey Tournament, was played between Indian Navy and Delhi Xl, on Monday at the SCR Sports Complex, Secunderabad. Delhi Xl despite studded with some reputed players was defeated by Indian Navy by 2-1. Indian Navy were in their element today and displayed some outstanding hockey. They were determined in their defence and piercing in their attack and the Delhi side unfortunately succumbed to their attack. Though Delhi side played good hockey, overall their performance was little scrappy.

In the first half of the match both the teams were goal less, however in the second half in the 36th minute Jugraj Singh of Indian Navy converted a penalty corner and in the 42nd minute his teammate Sunny Malik increased the lead to 2-0 through a penalty corner for Indian Navy. Delhi Xl struggled to penetrate the opponents defence throughout the match, the last minute surge, with Govind Singh converting a penalty corner proved to be too little, too late. Indian Navy’s Goal Keeper Reyadan Tidu was declared the Player of the Match.

Spirited performance by SCR gets it past Mumbai Xl, by 3-2,
at the '57th Gooncha Nehru Senior Hockey Tournament!

Hyderabad, November 15th, 2021: The third and last match of the second day at the 57th Gooncha Nehru Senior Hockey Tournament, sponsored by Gooncha Estates; was played between South Central Railway (SCR) and Mumbai Xl, on Monday at the SCR Sports Complex, Secunderabad. This match was the most exciting of the three matches today with SCR beating Mumbai Xl by 3-2. On display was fast paced hockey with some remarkable exchanges. Mumbai Xl missed a crucial penalty stroke and the credit for the save goes to local team’s Goal Keeper, Sushanth Tirkey, who in addition saved half a dozen certain goals and is deserving awarded the Player of the Match.

About Jawaharlal Nehru Hockey Tournament Society
This Society was incorporated in the fond memory of Independent India’s first Prime Minister, Pandit Jawaharlal Nehru to promote the ecstatic National Game of Hockey. Ever since, no stone was left unturned to take it to a superior league. Gaining appreciation from various quarters. In the years to come the tournament was to be graced by Presidents, Vice-Presidents, Prime Ministers and Union Cabinet Ministers of India. The Nehru Cup matches have keenly been looked forward to and it has been an honour for any hockey team to win the coveted Nehru Gold Cup.

About Gooncha Estates Pvt Ltd.,
Gooncha Estates Pvt. Ltd. is a new real estate company, a re-creation of its old self with projects like Gooncha Villa Hills under its belt. Goonch Estates has re-strategized and plans to foray into JDA and partnerships that help build SEZs, financial and IT infrastructure and related businesses, that best suit needs of the ambitious economic capacities of India.

Shubham Jain joins CredAvenue to set up and lead its Infrastructure and Real Estate...

The Full Paisa Vasool Sale by Reliance Fresh & Smart is...

Reliance Retail’s biannual Full Paisa Vasool Sale is back and this time it gets...

A seven-year-old girl survived for five days on water after falling into the bathroom...

In line with its commitment to further ......