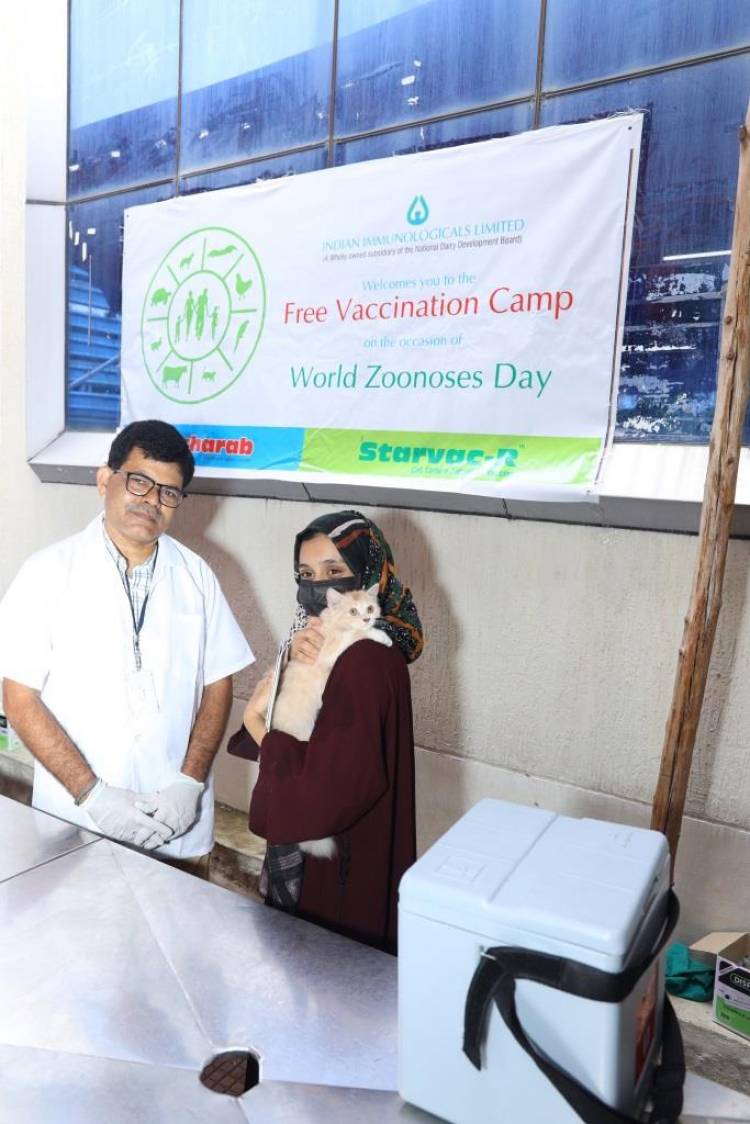 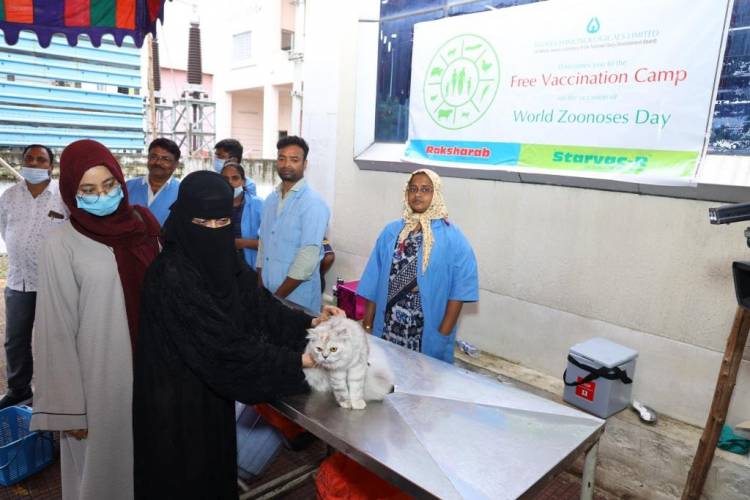 Today, Indian Immunologicals, has administered 1 Lac doses of Raksharab and Starvac R (Anti-rabies vaccines of IIL) free of cost, in endeavour to realize its vision of ‘One health’, a collaborative effort towards optimal health for humans and animals through its innovative healthcare products. A recent report from the State of the World’s Forests 2022 predicts India as a potential hotspot for zoonotic viral diseases. 70% of all emerging diseases such as Rabies, Swine Flu, Nipah, Brucellosis, Leptospirosis, Porcine Cysticercosis, Zika, etc. that affect humans are zoonotic in nature. In their fight against the spread of such zoonotic viruses, IIL’s vaccination camp was escalated to 100 cities across the country through veterinary dispensaries, veterinary colleges and NGOs.

Zoonotic diseases such as rabies have imperilled human health since antiquity. Dogs are the source of most human rabies deaths, contributing up to 99% of all rabies transmissions to humans. India is endemic for rabies accounting for 36% of the world’s deaths. True burden of rabies is not fully known, although as per available information it causes 18000-20000 deaths every year. Rabies is taking its toll on adult men and children, majority from rural areas, due to lack of awareness about proper post-exposure immunization. Several countries have been able to reduce the number of rabies related human deaths through vaccination of dogs. Awareness, accurate diagnosis, improvement in sanitary conditions, prophylactic vaccination are all measures that need to be taken to restrain/eradicate spread.

Speaking on the occasion of World Zoonosis Day, Dr. K. Anand Kumar, Managing Director, Indian Immunologicals Limited said, “It is the commitment of IIL as a truly One Health company to bring cost effective vaccines in both animal and human health. Through our “Anti-Rabies vaccine drive”, we aim to spread awareness on the disease and need to restrain it. Apart from Raksharab and Starvac R, IIL has the largest range of zoonotic vaccines in the country such as CYSVAX, Bruvax, among others and we are constantly innovating novel vaccines to cater to the ever-emerging zoonotic risks.”

Indian Immunologicals Limited (a subsidiary company of National Dairy Development Board) is a leading biologicals manufacturer. Through research the company has delivered affordable vaccines for the consumers in India. IIL continues to be a leading manufacturer of animal rabies vaccine (Raksharab) and human rabies vaccine (Abhayrab) in the country. IIL’s CYSVAX is the world’s first vaccine for Porcine Cysticercosis in Pigs. Cysticercosis is a very important zoonotic disease, and it is understood that it is a prime cause of epilepsy in humans. Vaccinating Pigs against Porcine Cysticercosis can help significantly reduce the incidence of epilepsy in humans.

Indian Immunologicals Limited headquartered in Hyderabad, India is the market leader in veterinary biologicals and third largest animal health and human health player in India. IIL was setup by National Dairy Development Board (NDDB) in 1982 and pursues its mission of "Biotechnology in healthcare made affordable and accessible" in both the animal and human health segments and in the process creates a vibrant biotechnology base for the country. IIL is one of the largest producers of Foot and Mouth disease vaccine in the world and was the first company in India to launch the purified Vero cell rabies vaccine for humans (PVRV) and second globally. IIL has a strong R&D and has launched several animal and human vaccines in the Indian market at affordable prices. R&D at IIL, specializes in development of varied types of vaccines ranging from inactivated and live viral vaccines, polysaccharide conjugate vaccines, recombinant subunit vaccines, toxoid vaccines, bacterial vaccines and molecular vaccines. More details about the company can be viewed on www.indimmune.com.