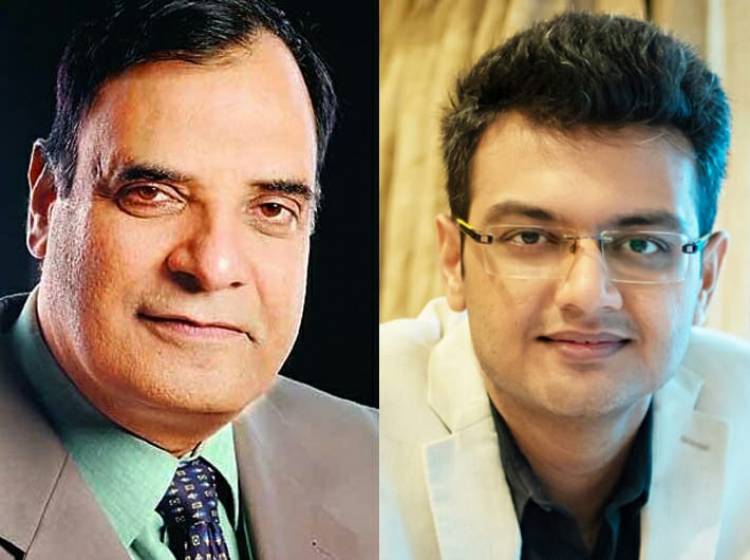 Mumbai, 25th June 2021: Lamenting the fact that to catch eyeballs with sensational news, tabloid journalism has got mixed up with serious journalism, senior journalist and Padma Shri awardee Alok Mehta has said that despite criticism, Indian media is free and powerful but its credibility perception has gone down.

“Tabloid journalism which was very strong earlier has got mixed with serious journalism today in newspapers as well as TV Channels. Entertainment and sensationalism have got mixed up with news and headlines have become sensational to increase sales. Despite the fact that Indian news media is very strong, powerful and enjoys huge freedom it suffers from perception issues and its credibility has gone down over the years” said Mehta.

He was speaking to with Kailashnath Adhikari, MD Governance Now, during the webcast of Visionary Talk series held by public policy and governance analysis platform.

Adding that even though Indian news media is very strong and enjoys huge freedom, the veteran journalist and editor said that it suffers from perception issues and its credibility has gone down over the years.

“While it is not correct to say things are completely bad, today media is not able to do what it should be doing. Editors/media owners must shun arrogance and objectively accept constructive criticism.”

Mehta observed that since independence over the last fifty years media has grown and the no. of newspapers and news channels across the country has increased and news readership and consumption has increased over the years. Inspite of this, media is not able to do what it should be doing because it is competing with each other.

“As against earlier, today the difference is that media has expanded and people are able to express their views through YouTube or social media. Despite that, competition and the race to be one up against the other is damaging the media. It is not so much political interference but competition amongst themselves and criticism against their own colleagues that is damaging the media. We are not ready to accept our shortcomings but competing to be ahead of each other in the race” he said.

Recalling many instances when mistakes made by earlier editors led to closure of some publications and problems exacerbated after with many of their colleagues and contemporaries made several complaints he said, “Still there was camaraderie. Today the mentality in media is that either you are with me or you are against me. Competition must be healthy.”

Speaking on reporting around Covid -19, Mehta, who is also a recipient of several national and state awards said that media must self- regulate while reporting on pandemic and keep in mind the impact of their stories on the minds of children and elders at home who are facing depression due to huge negative reporting on covid.

Responding to question if authenticity of news has come down, Mehta added that people relate to brands for credibility of reporting and that credibility has been tarnished. News analysis should be left to editorial.

“News reporting has to be based on facts. Today in India everybody wants to comment along with news. Analysis of news should be left to editorial. But in India that demarcation is broken. Today everyone is commenting on news. Reporters are giving commentary on news and demarcation between news and analysis is broken”

Make your stay at home delicious and stylish with Cornitos

Reebok and Cardi B Expand Enchanting Collection with New...

Today, Reebok and Cardi B revealed the second .....

VIDYA BALAN VOICES HER OPINION AGAINST CHILD ABUSE IN THIS...

VIDYA BALAN VOICES HER OPINION AGAINST CHILD ABUSE IN THIS HARD-HITTING MONOLOGUE...

Lakmé takes on the #FaceAppChallenge with a unique twist