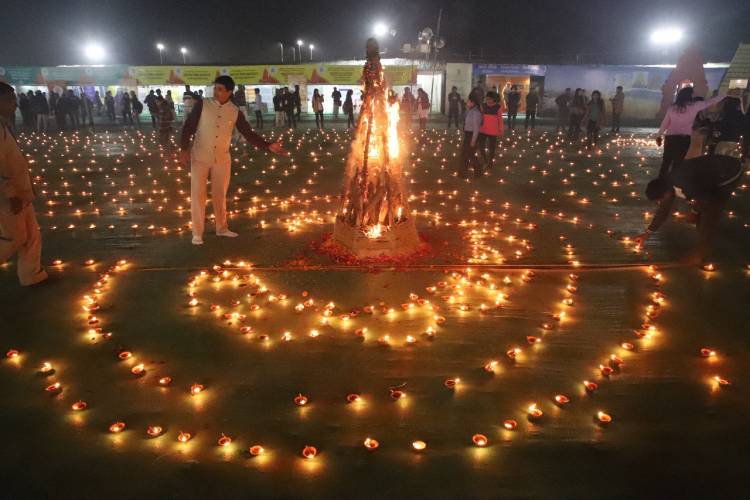 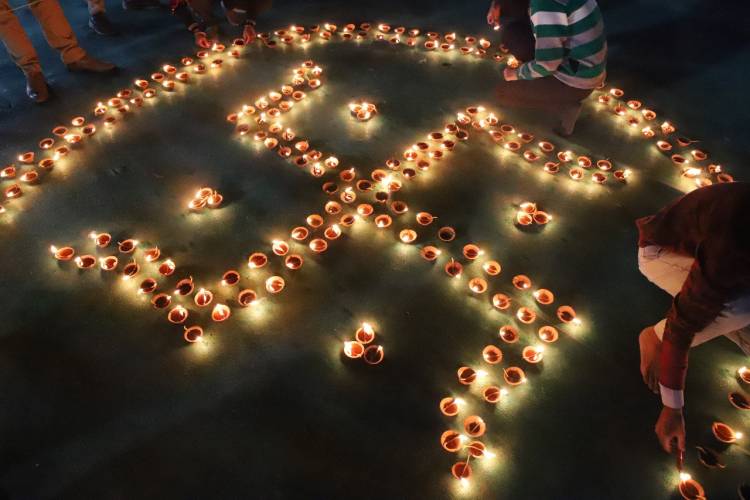 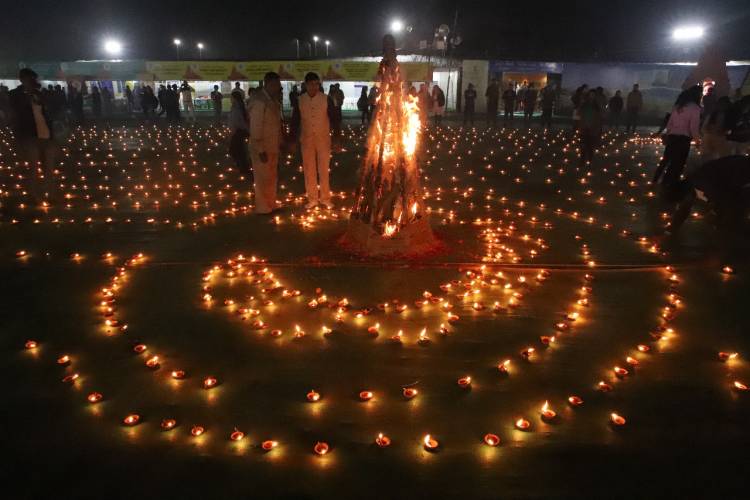 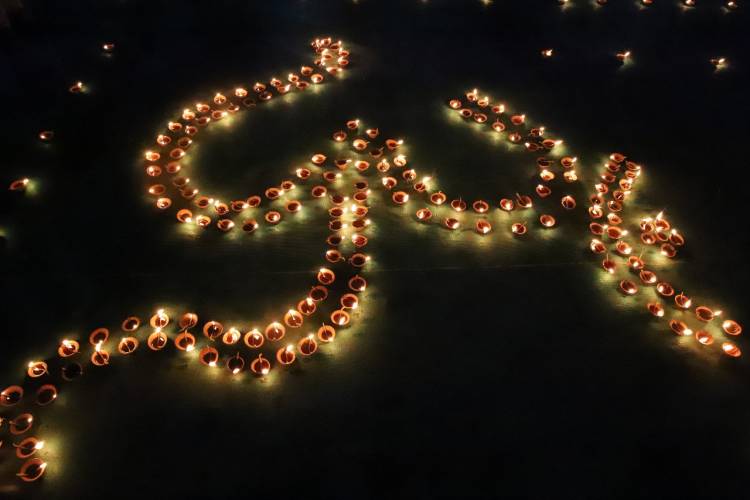 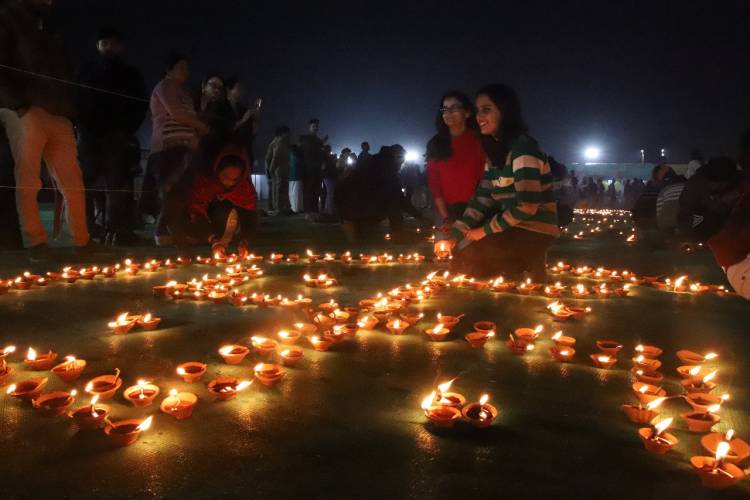 A total of five thousand one hundred (5,100) ‘Diyas’ (clay oil lamps) were lit up covering the entire area of the venue by BHU National Service Scheme (NSS) volunteers along with local residents of Kashi. People of the South Indian community live across many parts of the world and they celebrate this festival in a very special manner. As ‘Karthikai Deepam’ is celebrated with great pomp and splendor across many parts of Southern India, the spirit was made alive and aptly celebrated at the momentous ‘Kashi Tamil Sangamam’ festival.

Also known as ‘Karthikai Vilakkidu’ in Tamil Nadu, ‘Karthikai Deepam’ is a festival of lights celebrated mainly by Hindu Tamils, and also by followers and disciples in the state of Kerala, Andhra Pradesh, Telangana, and Karnataka. The ritual of lighting the lamps is important in almost every Hindu festival. On this special occasion also, rows of ‘Agal Vilakkus’ (clay oil lamps) are lit in every home, as they are believed to ward off the evil forces. ‘Kartik Puranam’ is also recited and fasting is observed till sunset every day throughout the month. ‘Karthikai Deepam’ is being celebrated in a grand manner in all the temples of Tamil Nadu and especially in Tiruvannamalai.

‘Karthikai Deepam’ and its reference to Hindu mythology:

According to Hindu mythology, it is said and believed that Lord Shiva appeared as a flame of light before Lord Vishnu as both believed in their own self to be the supreme power. To proclaim his supremacy, Lord Shiva had challenged Lord Vishnu to either find out his head or feet.

Lord Shiva could sense the lie and cursed that there will be no temple of Lord Brahma in the world and ‘Thajampu’ flower will not be used while worshiping him. It is believed that the day Lord Shiva appeared in the form of a flame before Lord Vishnu and Brahma is celebrated as ‘Karthikai Deepam’.

Dr. Bala Lakhendra, Convener of National Service Scheme BHU, said that NSS volunteers are lighting the lamps with great enthusiasm as they celebrate the confluence of two cultural centers (North and South India). He further added that, through this initiative the volunteers are spreading the message to citizens of both the state (U.P. and Tamil Nadu) that even today the youth are aware of cultural unity in diversity. He also referred to ‘Kashi Tamil Sangamam’ as symbol of cultural consciousness.

Avanta to expand presence in India, plans to add 50k Sq Ft premium space in next...

OMEGA CAREERS FAIR Organised by Cialfo along with Lalaji...

Tanishq launches the best combo offer for this wedding...