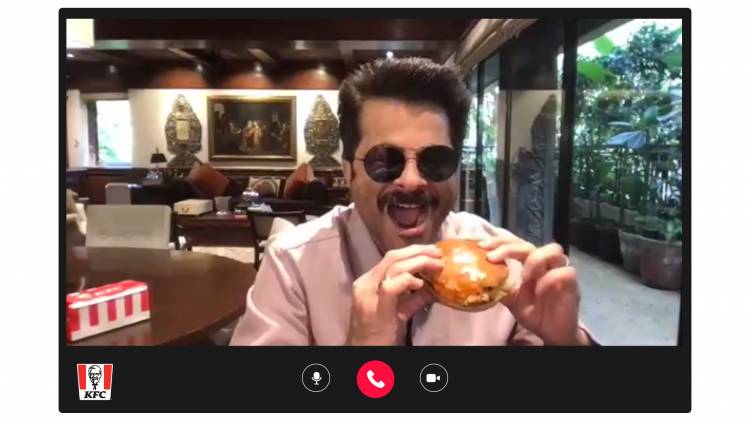 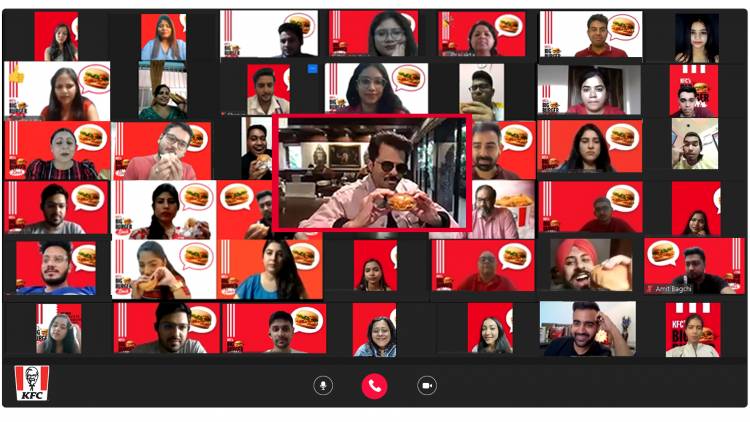 Chennai, 6th April 2021: The long weekend gone by was unlike any other. There was much buzz & excitement in burger-land as KFC India hosted the biggest virtual burger party of the year! KFC’s Big Burger Bash was indeed a party like no other as it brought together burger lovers (and some willful converts; for burgers like these who wouldn’t), popular social media stars, food communities, bloggers and consumers from across the country, to relish their favourite new Value Burges. Taking the energy quotient of the Bash a notch higher and adding more spice to the party celebrations was legendary actor & KFC fan Anil Kapoor. Anil shared his love for KFC burgers and posed for pictures with other participants at the Bash, in his iconic jhakaas style. With about 500 people coming together from across cities, this was indeed the first-of-its-kind and largest gathering of people coming together virtually for a burger party.

Sharing his experience of being a part of the Burger Bash, Moksh Chopra, Chief Marketing Officer, KFC India said, “KFC’s Value Burgers have been garnering much love amongst consumers since their launch earlier this year. In fact, Anil Kapoor’s epic dialogue from the campaign film has created much buzz on social and online mediums. We felt what better way to celebrate the love for KFC burgers than, by hosting the Big Burger Bash – a virtual party with a difference. We invited our KFC fans to come together and celebrate their shared love for burgers; while digging into some delectable burgers on the side. Having the legendary Anil Kapoor be a part of the Bash meant it wasn’t just the biggest bash of the year, but the most exciting too!”

“I am an ardent foodie and burgers are one of my favourites. And KFC’s Value Burgers are just the kind I like. So obviously I had to be a part of the year’s biggest virtual bash - KFC’s Big Burger Bash! I had such a blast enjoying KFC's Value Burgers with fellow KFC fans from all across the country. Indeed, it was a ‘jhakaas’ moment! This is the stuff epic parties (and patties) are made of!" said Anil Kapoor as upped the energy and star quotient of the Burger Bash.

The Value Burgers campaign that was launched earlier this year has been popular with consumers and netizens alike, with Anil Kapoor’s dialogue - ‘Agar ye bun tikki burger hai to mai Sonam Kapoor hu, moocho ke saath’ been recreated by many enthusiastic fans. In addition to drool-worth burgers, the Bash was also marked by participants’ displaying their quirky and witty selves, sharing their take on the now famous dialogue. While one participant said, ‘Agar ye bun tikki burger hai to mai Virat Kohli hu, clean shave ke saath’ another remarked ‘Agar ye bun tikki burger hai – to main basanti hun, vo bhi kam baato ke saath’; leaving Anil Kapoor and the other participants in splits. A group selfie with all participants posing with and biting into their burgers was just the high note the year’s biggest Burger Bash could end on. The KFC Value Burger range starting at just INR @69 is available across KFC restaurants and on the KFC app and website too.

KFC, a subsidiary of Yum! Brands, Inc. (NYSE: YUM.), is a global chicken restaurant brand with a rich, decades-long history of success and innovation. It all started with one cook, Colonel Harland Sanders, who created a finger lickin’ good recipe more than 75 years ago, a list of secret herbs and spices scratched out on the back of the door to his kitchen. Today we still follow his formula for success, with real cooks breading and freshly preparing our delicious chicken by hand in more than 25,000 restaurants in over 145 countries and territories around the world.

Myntra announces Virat Kohli and Anushka Sharma as its...

Myntra announces the launch of ‘Go Myntra-la-la’, a brand campaign that brings alive...

Louis Philippe brings luxury to casual fashion with the...

The tenth edition of the Murugappa Madras Quotient Quiz was conducted online this...