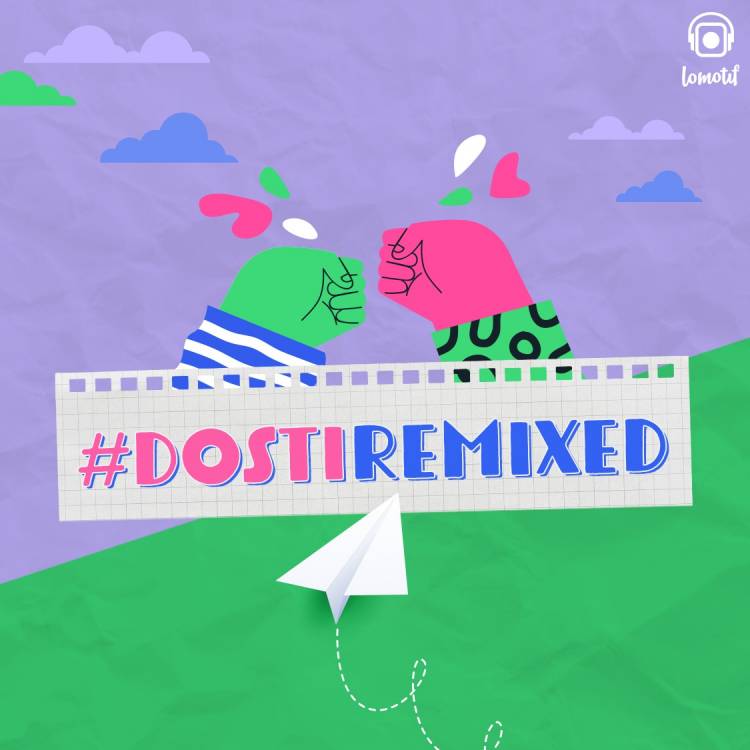 · Create a video with your best friend to your favourite song and stand a chance to win the amazing OnePlus Nord CE 5G each!

National, 23rd July 2021: Rightly said, true friendship cannot be found, it has to be earned. With Friendship Day just around the corner, we are all busy planning on how to make it special for our friends and what to gift them. Well, this time, Lomotif, the leading video-sharing social networking platform, has bigger plans for you and your friend as it announces its latest #DostiRemixed challenge!

Starting this Friday and going all the way till 30th July, the challenge presents creators across the country with a chance to make videos by dancing alongside their best friend on their #favouritesong and win exciting prizes. All one has to do is subscribe to the official #DostiRemixed channel, record their performance and post the videos using the hashtag #DostiRemixed on the campaign channel in the app. What follows next is each one of them now having a platform that enables them to create their videos and dance alongside their best friend by grooving to their favourite song. Not only will they get a chance to create instant social media buzz, but the contest will also see the top three pairs of BFFs with the maximum number of video likes, take home the amazing OnePlus Nord CE 5G phone each. What better way to celebrate Friendship Day than to spend some fun time with your best friends, creating something fun, in these otherwise despairing times.

Speaking about the campaign, Paul Yang, Co-Founder & CEO, Lomotif said, “Today’s generation like to express their emotions in unique ways and I’m happy that Lomotif is playing an instrumental role by providing a platform for these creators to express themselves.”

He added, “India is a land of emotions and what better way to celebrate the emotion of friendship than to create our #DostiRemixed challenge that sees users perform to their favourite songs with their BFFs and express their love for their friends through a Lomotif. It allows them to experiment with formats, features, and tools to express themselves authentically and strengthen their bonds. We are always looking to enhance what we, as an app, can offer to the user and this challenge is an extension of our philosophy to bring the community even closer, by making this Friendship Day extra special for one and all.”

Every friendship has a song that defines them the best, or has a song they always jam on together. So, what are you waiting for? It’s time to share that song with the world this friendship day and make a memorable remix on the Lomotif app. The friendship that best speaks to us through the remix stands a chance to not only win an amazing prize but also become the next social media buzz maker along with your BFF!

Lomotif is the leading video-sharing social networking platform that is democratizing video creation. Since the company was co-founded by video enthusiast Paul Yang in 2014, Lomotif has been granted three technology patents uniquely focused on empowering creators to share and watch short videos with ease through remix and collaboration. Paul’s bold vision is to build the world’s largest video vocabulary to accelerate the world’s transition to video-first expression. Lomotif, available in the Apple and Google stores, is a breakthrough downloadable app for hip hop, rap, and urban culture across the United States and Latin America. Lomotif is one of five partners selected by Snapchat for a bi-directional integration for posting stories between the two platforms.

Indian Bank associates with PCI as one of the Banking Partners...