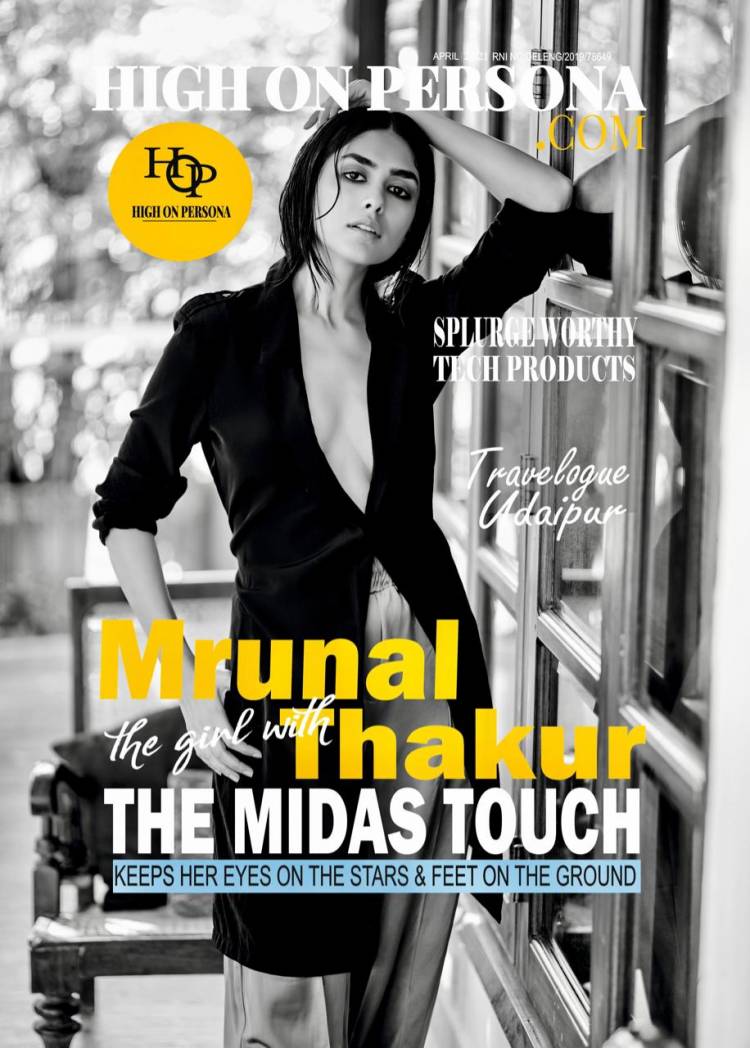 Warm and self-made despite an impressive body of work in commercials, television and films, Mrunal Thakur consistently endears in the industry. She

always has her fans go gaga over her with her iconic styles. This time the actress, beholds the charm look shining on the cover page of High On Persona

Magazine’s in Black and white picture.

Sharing the cover on her Instagram, Mrunal Thakur wrote, “Balance

not talented, you will not survive. It is as simple as that”, when asked about how difficult is it for outsiders to make it in the industry on their own.

Mrunal made her Bollywood career with the debut film ‘Love Sonia’, the movie was highly appreciated by the critics. After that, her impressive roles in ‘Super

On work front, She will be next seen in Toofan opposite Farhan Akhtar. After that projects like Jersey starring Shahid Kapoor and Pippa with Ishaan Khatter

To build on the excitement generated by the all-new Harrier, Tata Motors is organizing...