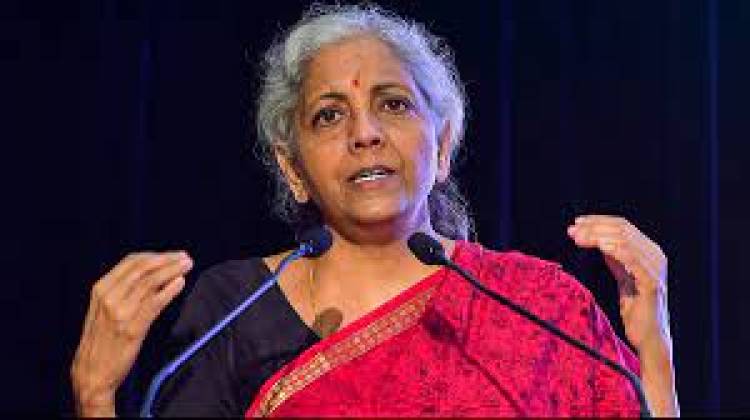 Finance Minister Nirmala Sitharaman identified high energy prices among the biggest problems facing the Indian economy in the near future
Faced with twin challenges of slowing growth rate and high inflation, Finance Minister Nirmala Sitharaman on October 12 said her budget for the next financial year will be ‘very carefully structured’ to help the economy sustain growth momentum and rein in prices.

She identified high energy prices among the biggest problems facing the Indian economy in the near future.

“Specifics [of the next budget] may be difficult at this stage because it’s a bit too early. But broadly, the growth priorities will be kept absolutely on the top. Even as I speak about the concerns that inflation brings before me. So, inflation concerns will have to be addressed. But then how would you manage growth would be the natural question,” Ms. Sitharaman said.

Visiting Washington DC to attend the annual meetings of the International Monetary Fund (IMF) and World Bank, the Finance Minister was responding to a question on the next year’s budget at a fire-side chat with eminent economist Eshwar Prasad at the prestigious Brookings Institute.

She is scheduled to present the annual budget for the fiscal starting April 2023 on February 1.

Almost all institutional and private forecasters have cut their projections for India’s GDP growth in the current 2022-23 fiscal on tighter monetary policy denting demand and the economy facing headwinds from a global slowdown.

“But that’s the point of being sure how you’re going to be able to balance the two and be sure that the momentum that the Indian economy has got coming out of the pandemic and the momentum with which it will grow even the next year, even as per the many many multilateral institutions which are observing India cannot be weakened,” she said.

“So, it will have to again be a very carefully structured budget in which growth momentum will have to be sustained.”

The growth momentum in the Indian economy seems to be waning as seen in a slowdown in industrial production and exports. Inflation has hovered above the tolerance limit of 6% for most of the year, prompting the central bank to raise interest rates to dampen demand.

Russia’s war in Ukraine has sent oil and gas prices spiralling and raised concerns of slowing down India’s economic recovery. The weakening of the rupee has added to the woes as it raises the cost of imports.

India is 85% dependent on imports to meet its oil needs and roughly half of its gas requirement.

The Reserve Bank of India (RBI) last month cut its projection of India’s GDP growth in the current fiscal to 7% from 7.2% previously estimated. Other rating agencies too have lowered the economic growth projection for India, citing the impact of geopolitical tensions, tightening global financial conditions and slowing external demand.

Responding to a question, Ms. Sitharaman said the global stress that hits India — energy, fertilizer or food — “all of this we are carefully watchful and making sure that stress doesn’t get passed on to the people”.

The excise duty on fuel was brought down so that the common citizen doesn’t bear the brunt of increasing fuel prices.

“That is one way in which we’re making sure that those of the vulnerable sections don’t get hurt...,” she said.

“Empowering is the principle rather than entitlement,” she said in response to another question.

“So, the principle of entitlement vs empowerment is what is governing us when we deal with schemes, which will touch the vulnerable sections,” she added.

Sasikala, is planning to enter politics again by making...

Celebrate this Father’s Day with a range of offers at InterContinental...

A spectacular day of fun awaits your father and the entire family at InterContinental...