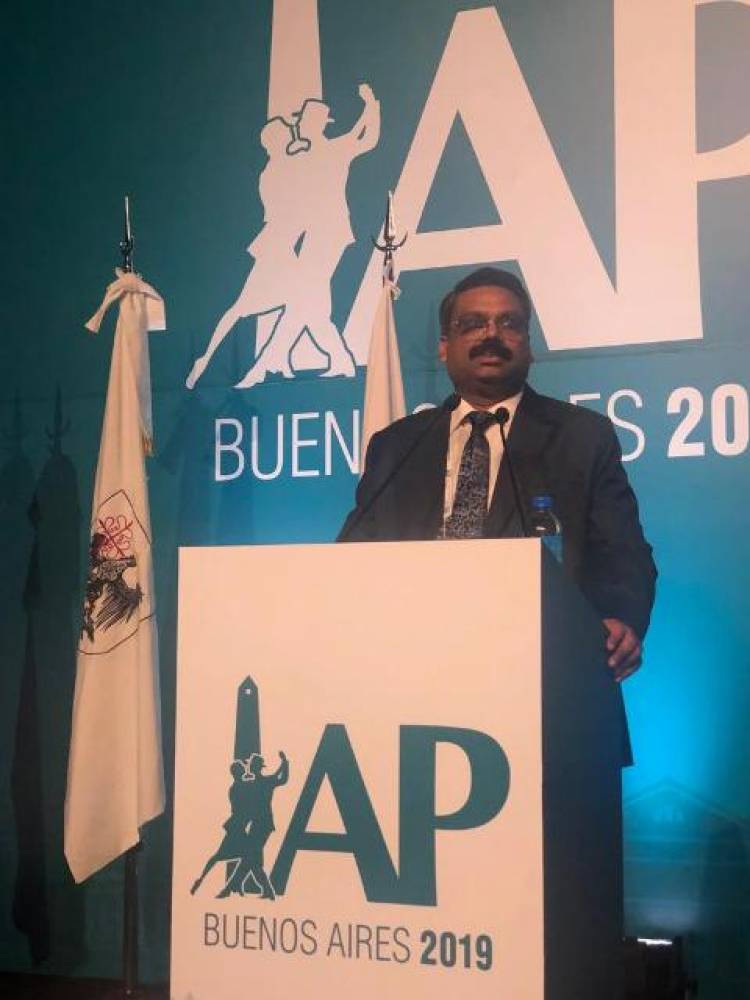 Mr.Lakkaraju Padmarao delivered a strong lecture on   Alternative to prosecution and its impact on international cooperation at the IAP conference. He along with prominent prosecutors like Lavly Perling from Estonia, Lisel Avey from Western Australia, Pontus Bergsten from Sweden, Anamara Osorio, SaoPaulo, Brazil discussed various aspects of International law and its affect on the world.

Mr. Padmarao highlighted the beauty of Indian constitution on the International platform. He also appraised the audience about the crucial role of the present Modi government in India as its making appropriate amendments to protect the interests of the vulnerable people and ensuring safety and dignity of Indian citizens . He also spoke about the stringent punishments introduced in India for Crimes against Children, to act as a deterrent and create a civil society.

The conference explored how different legal systems operate in the international market and overcome the legal and practical challenges of delivering across those different systems. The conference saw a large number of attendees understanding the differences and similarities between systems, Identifying barriers and exploring solutions to overcome them. The conference had a strong operational focus with a view to improving the knowledge, effectiveness, and efficiency of international collaboration.

Mr. Padmarao G.S. Lakkaraju comes with the enriched law experience with more than a decade and has made an immense impact with his expertise and been known for his pioneering work in his filed. He is practicing as an Advocate in the Hon'ble Supreme Court of India and High Court of Judicature at Hyderabad for the state of Telangana & A.P from February 2017 to till date. He was privileged to be the second Indian to address the 21st International Association of Prosecutors Annual Conference at Dublin, Ireland in September 2016, participated by about 560 legal attorney from 90 different countries. He has served as National Vice President, All India Prosecutors Association from August 2015 to February 2017. He was the State Convenor for Association of Public Prosecutors from March 2011 to October 2012. He is also an Academic Mentor for aspirants completing Law School.

Citi today announced it distributed over 250 tons to 7,714 low-income families in...