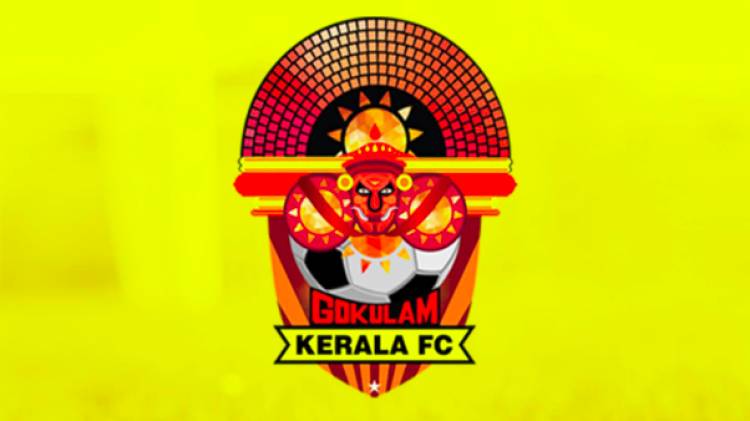 Panaji, Goa 22nd July:  Yet another SFA alumnus, Shoib Akhtar is all set to make it big in Indian Football arena. Shoib who completed his training at SFA from 2017-20, has recently signed for prestigious Gokulam Kerala FC for the upcoming season. Before joining the defending I–league champions squad, Shoib represented the SFA team in Goa Pro League and Hero elite league in the 2018-19 season and he also played for I-league club Neroca FC in the season 2020-21 with 10 appearances.

Since its inception in 1999 over 230+ players completed their football training at SFA and in order to expand the reach of the Grassroot football training initiative, SFA conducted all India selection trials in 2017 for the first time across various parts of the country and Shoib who is from Manipur, is the alumnus of 1st All India batch of SFA.

Congratulating Shoib on his selection for esteemed Gokulam Kerala FC, Mr. Annanya Agarwal, President- Vedanta Sports quoted "Heartiest congratulations to Shoib on his selection, and to all the coaches and backroom staff at SFA as well. At Vedanta Sports, we are committed to the development of sports across the country, and we are happy to witness the success of yet another SFA alumnus. Our dedicated efforts in grooming professional sports persons will produce more stories like Shoib from across the country."

Mr. Denzil Franco, SFA Alumnus and Former Indian National team player said "I am extremely happy to see more and more players from SFA shining at the various prestigious football platforms across the country. India has a massive potential in the football and robust grassroot training programs such as SFA, is helping aspiring footballers to achieve the greater career heights in sports"

Sesa Football Academy has a rich legacy in development of professional footballers, wherein many SFA Alumni are shining at various renowned football platforms across the country including I- League, Elite ISL and few of them represented Indian National team. Vedanta launched Vedanta Women's League in Goa, In order to provide the platform for the aspiring women players across the state. Vedanta Women's league is gaining wider popularity, while this year the fourth edition of the league was successfully concluded.

Vedanta is committed to reinvest in the social good of its neighbourhood communities and the nation. The Group’s flagship CSR project, Nand Ghar, is a network of model anganwadis where the thrust is on inclusive development of women and children at the grassroots level. The Group CSR initiative comprises seven key verticals – Education, Healthcare, Water and Sanitation, Sustainable Livelihood, Skilling, Sports & Culture and Employee Volunteering. Vedanta Foundation, a philanthropic initiative of Vedanta Group is focused on skill development and vocational training programmes for the underprivileged to make them employable. A key healthcare speciality CSR project is the Balco Medical Center, a 200-bed state-of-the-art Cancer care hospital located in New Raipur, Chhattisgarh. The company supports grassroots level sports through their Football academies in Goa and Udaipur.

Vedanta Limited, a subsidiary of Vedanta Resources Limited, is one of the world’s leading Oil & Gas and Metals company with significant operations in Oil & Gas, Zinc, Lead, Silver, Copper, Iron Ore, Steel, and Aluminium & Power across India, South Africa, Namibia, and Australia. For two decades, Vedanta has been contributing to India’s growth story, currently contributing 1 percent of India’s GDP. The company is among the top private sector contributors to the exchequer with the highest ever contribution of INR 42,560 Crore in FY 2019. Governance and sustainable development are at the core of Vedanta's strategy, with a strong focus on health, safety, and environment and on enhancing the lives of local communities. The company has been conferred the CII-ITC Sustainability Award, the FICCI CSR Award, Dun & Bradstreet Awards in Metals & Mining, and certified as a Great Place to Work. Vedanta Limited is listed on the Bombay Stock Exchange and the National Stock Exchange in India and has ADRs listed on the New York Stock Exchange.

An initiative of SESA Community Development Foundation (SCDF), SESA Football Academy (SFA) was founded in 1999 for the holistic development of the local youths through football. The academy has created the conditions for discovering, creating and building talent for football. SFA does not restrict itself to football training but involves a long term residential program which takes care of the formal education, skill development of the trainees during the four-year training period.

The academy has a strong focus on women empowerment through football. Since inception, SFA has trained around 200 footballers and has made a tremendous impact on the football fraternity in Goa as well as across India. The graduates from SFA are serving in the national teams, Indian Super League (ISL), I-League clubs of India and  clubs in Goa. 7 players have earned the national team cap and several players played the elite ISL .

‘Rajnish Kumar’ joins BharatPe Board as the Chairman

WHY HAS KFC GOT PEOPLE SCREAMING?

Consumer focus on health and wellness ......