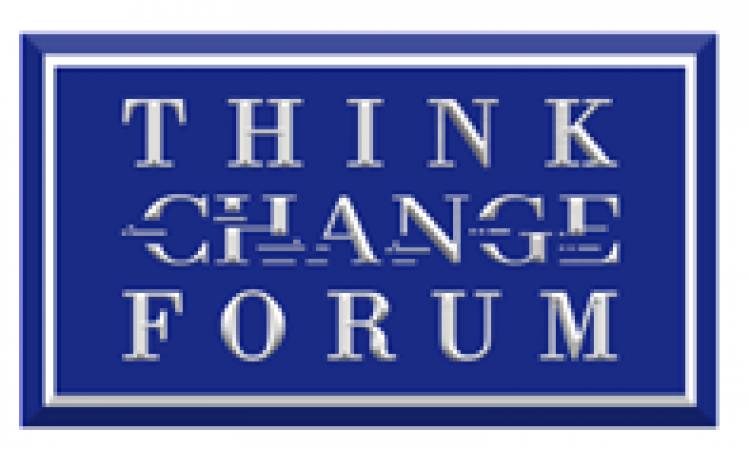 Think Change Forum, an independent think tank dedicated towards seeking solutions for navigating the post-pandemic world, today announced a new initiative aimed at bringing together some of the most reputed thinkers for developing new ideas to reboot the Indian economy. Called, ‘Ideas for Rebooting Indian Economy in the Post Pandemic World’, this initiative aims at holistically looking at select areas of the economy which can create a lighthouse effect and accelerate the pace of growth for the country.

The world is still recovering from the aftermaths of the Covid pandemic. It will take an entire decade for Governments across the world to succeed in rebuilding their economies to the desired levels. India however is positioned at an opportune fulcrum, to seize a larger role in this redevelopment, provided it takes the right steps quickly. It is in this context that the Forum’s dialogue series aims to focus on specific areas which can have a catalysing effect on the overall economy.

The first event of the series was a high-powered panel discussion based on eminent analyst and commentator Dr. Sanjaya Baru’s discourse, ‘The Secession of the Successful’. The inaugural webinar, which included scholars such as Dr. Sanjaya Baru, economist and NIPFP professor, Dr. Ila Patnaik; International Relations expert Prof. Amitabh Mattoo; and, the noted historian of science Prof. Deepak Kumar, dwelled on the issue of the flight of talent and wealth capital out of India and how this challenge needs to be tackled. The speakers were unanimous in their opinion that arresting the outflow of both these types of capital was absolutely necessary to realize the dream of a self-reliant or ‘Aatmanirbhar Bharat’.

The thrust of the deliberations centered around two key issues. One, the wealthy, intellectual, human resource flight from India to the nearby as well as the traditionally ‘advanced’ nations, and Two, the money capital flight by way of non-residents and tax-haven seekers who are happy to stay abroad while investing or working in India. The classical drain of resources, especially human, was due to poverty and lack of opportunities here. Today, well to do, educated individuals have no qualms un-packing and leaving for greener pastures. The peculiar issue of HNW Indians going in for dual-passports and investing outside India for better returns was also highlighted.

Reflecting and expounding on his column, ‘The Secession of the Successful’, Dr. Sanjay Baru noted that the last few decades have again witnessed a drain of capital, but this time, unlike the drain under the British, the outflow has more to do with brain drain redux. The new migrating class, comprising largely of children of business and the political establishment, is an elite group who can not only study abroad but also invest there and launch whole new enterprises. That is a key difference between then and now. According to him, “What I mean by ‘Flight of Human Capital’ is that the number of literally hundreds and thousands of highly talented Indians left the country for better education but have not come back and now working in other countries.”

Debating the point of capital flight prevalence in greater depth, Prof. Mattoo said, “It is a sense of discomfort that institutional regulations, and quality is increasingly leading to the flight of human capital, wealthy individuals, and financial capital. Our government needs to address those issues and concerns because it has a long-term impact.” According to Dr. Mattoo there was a growing trend where top industrialists preferred to reside abroad but set up business concerns in India, thus availing the best of both worlds.

Presenting a slightly different view, Dr. Ila Patnaik suggested that “When we talk about rebooting India, we need to think about, one, whether we can actually give people what they need, give them the tax environment, or the regulatory environment, etc. Secondly, we need to understand how we can improve or change the existing environment such as capital controls which are today coming in the way of global companies who might like to set up business here and how that could change so that people looking to working in top global companies don’t have to relocate abroad and they can work right here in India.”

According to Prof. Deepak Kumar, “If the students do not find the retaining ability then they will surely go out. If they have extra money to move out, we, as a society, cannot stop them. The only way is the institutional strengthening of education as well as institution building. Both will require more time, focus and of course money.” He further added that “The promoting of research should be in basic sciences as well as social sciences. We should fuse science with technology all the time as both of these maybe different sides of the same coin.”

Markets and economies are being subject to seminal shifts like never before. To keep up with the speed of change, organisations and nations are rapidly shifting gears to win in this changing environment. The ideas which emerged from the seminar provided a refreshing and actionable insight into the engine that is needed for rebooting the Indian economy.

A recorded version of the first webinar can be accessed at the youtube channel of the Forum: https://bit.ly/3chNmsC

Raintree at Taj Connemara, the vaunted address for bonafide Chettinad cuisine over...

Bank was utilizing the services of Moody’s for international rating. ....

Amazon.in announced the launch of domestic flight bookings. Customers can find the...

CAPED becomes partner for a cause for a musical event curated...

Cancer Awareness, Prevention and Early Detection Trust aka CAPED India, as the name...