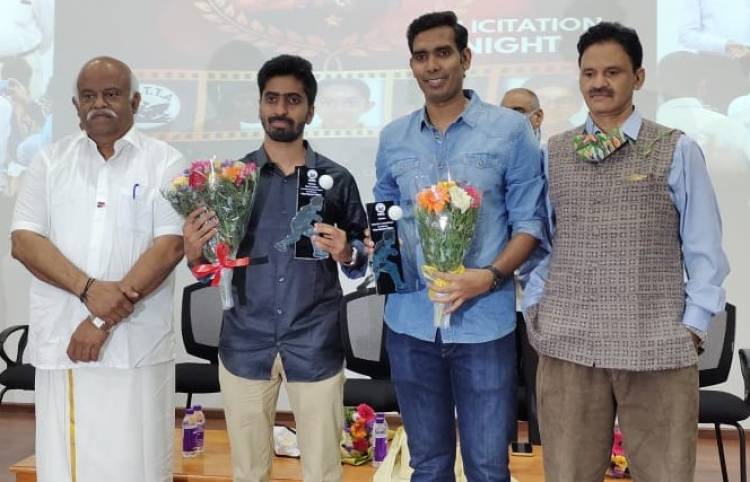 He lauded the efforts of the TNTTA specifically in this regard in promoting the sport and developing sportsmen of the calibre of Sharath and Sathiyan and many more such notable individuals and thanked them for this gesture of honouring them by organizing the felicitation meeting.

Sh A V Vidyasagar, Hony Secretary TNTTA , in his address lauded the Olympic Qualifiers and also expressed great pride in the performance of the youngsters, explained the various initiatives of the TNTTA with particular focus on the increased number of tournaments being conducted lately to give more opportunities to players across the State to participate and develop their competitiveness and skillsets.

He also exhorted the Corporates, in particular, to come forward and support the TNTTA by sponsoring tournaments & talented sportspersons. Such support will also help in nurturing talent from the grassroots stage.

The well-attended function concluded with a vote of thanks.

The Souled Store associates with CSK this IPL season!

With Indian and South Asian hip hop scene in full flow, the time is ripe to introduce Bhanga...