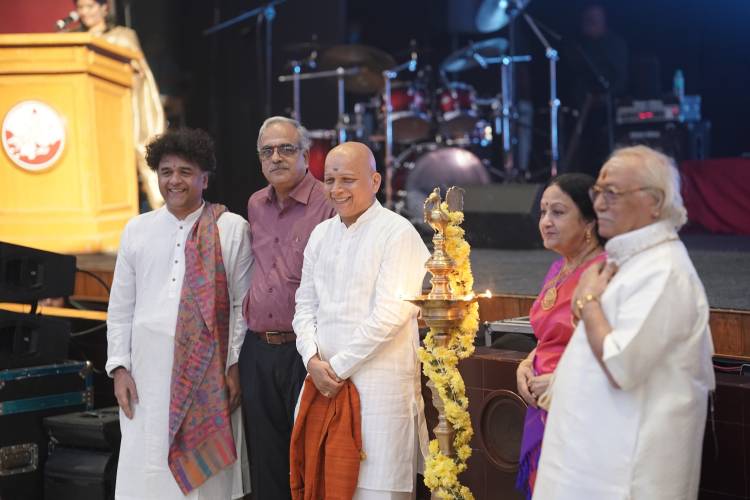 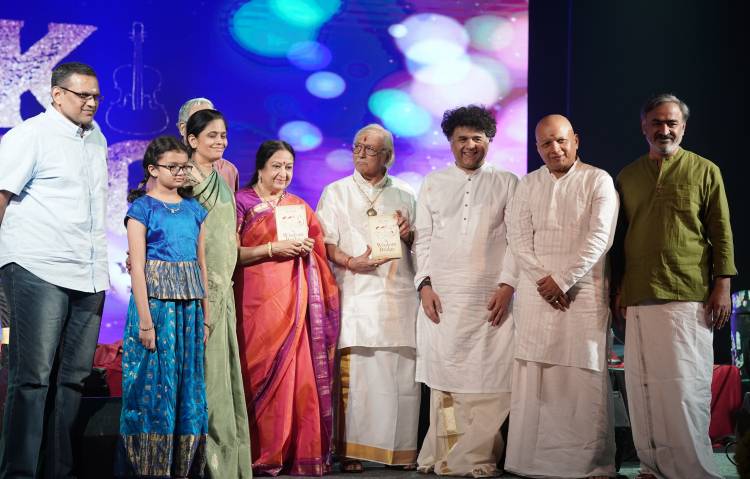 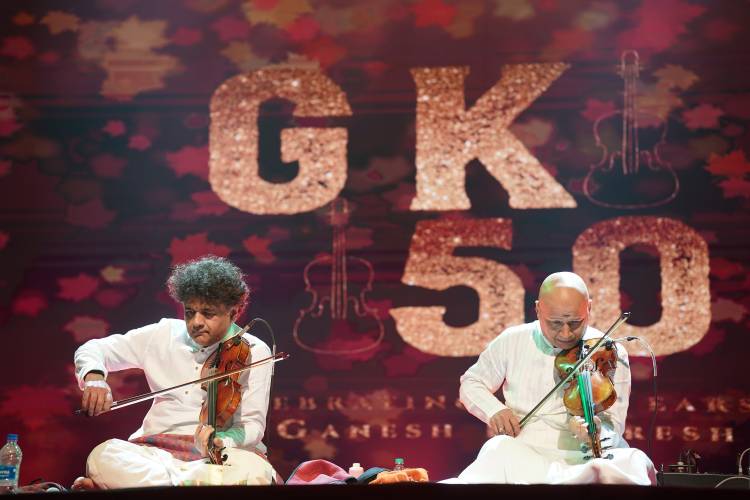 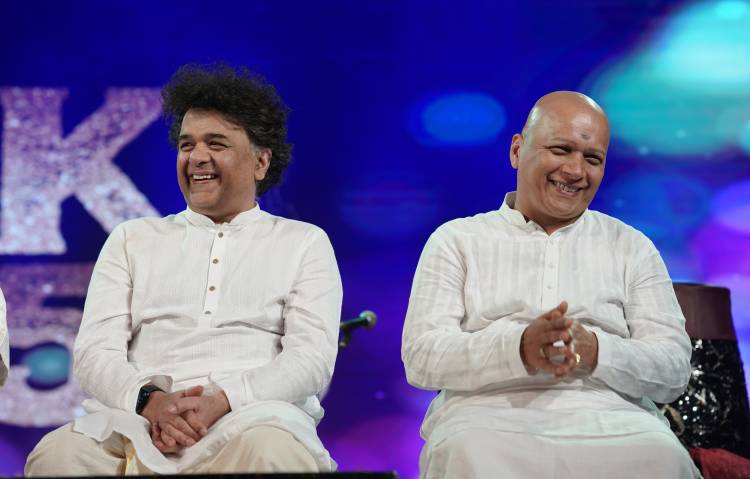 The contributions raised through this event will be donated to Forests by Heartfulness (FBH), a multi-million and multi-year plantation commitment, to plant 30 million trees by 2025. FBH has already planted more than a million saplings at its global meditation center at Kanha Shanti Vanam near Hyderabad and many millions more outside. Shri Ganesh and Shri Kumaresh have been lifetime practitioners of Heartfulness meditation and are amongst the most prominent patrons of the FBH Initiative.

The maestros also unveiled The Wisdom Bridge – Daaji’s latest and much talked about book. In his new book The Wisdom Bridge – Nine Principles to a Life that Resonates in the Hearts of Your Loved Ones, Shri Kamlesh D. Patel ‘Daaji’, says that parents everywhere are doing their best and they need support, but in raising happy children, responsible teenagers and fulfilled adults, the book guides us in strengthening the irreplaceable generational bonds of family. The book also draws wisdom from ancient stories and Daaji’s life learnings and research citations.

Shri Kamlesh Patel, Guide of Heartfulness Meditation Worldwide said, “Music has such beneficial effects on mind and soul. Music has been proven to be therapeutic as well. Ganesh and Kumaresh have taken it to another level by coming forward for an auspicious cause – saving trees by supporting Forests by Heartfulness. I am very happy to see the huge numbers of music lovers being in the cause together. It is only collective efforts that bring huge changes. I pray that more and more people take afforestation and plantation seriously to save our planet while focusing on meditation practices like Heartfulness for evolution of inner environment ."

Speaking on the occasion, violinist Shri Ganesh said, “As a universal language, music brings all of us together, but putting music for a good cause is a beautiful thing. I am happy that so many people have come forward for Forests by Heartfulness by furthering music for saving trees and our green planet. My special reverence to Daaji who has been guiding the project with so much devotion. Forests by Heartfulness is one-of-a-kind initiative that. In such short timeframe the project has saved millions indigenous endangered plant species and still counting. Going at this pace, we are sure to make a difference under the astute guidance of Rev. Daaji. He has also given some very valuable nuggets through his new book The Wisdom Bridge and I really hope each of you reads it and benefits from it.”

His brother violinist Shri Kumaresh added, “We have been associated with Forests by Heartfulness and in the process have made the baby steps to saving trees. I am glad that something of this scale can augment our efforts in the direction and secure the future of our planet.”

Shri Ganesh and Shri Kumaresh hailed as “child violin prodigies”, performed for the first time in 1972 and since then have received many prestigious honors and awards including the Kalaimani Award from the Government of Tamil Nadu, Akademi Puraskar 2018 by Sangeet Natak Akademi, and GIMA – the Global Indian Music Academy Awards.

Heartfulness Institute is a Global Non-Profit Organization teaching meditation to millions of people across 5000 centers in over 160 countries (www.heartfulness.org). Heartfulness Meditation is offered on a free of cost basis everywhere. The Heartfulness App is also used by hundreds of thousands of people daily supporting their holistic well-being and conscious lifestyle.

These practices are a modern form of Yoga designed to support contentment, inner calm, stillness, compassion, courage, and clarity of thought as the first step toward a purposeful life. They are simple and easily adopted and are appropriate for people from all walks of life, cultures, religious beliefs, and economic situations who are over the age of fifteen.

Ongoing training in Heartfulness practices continues at thousands of schools and colleges, and over 100,000 professionals are meditating in corporations, non-governmental, and government bodies worldwide.

About ‘Forests by Heartfulness’ (FBH)

Is an initiative to plant at least 30 million native and endemic trees across India by 2025. For the next three years, under the guidance of a team of agro-forestry, forestry, and climate experts. Forests by Heartfulness has also developed its own propriety technology, processes and monitoring mechanisms that promote ‘back to nature’ plantation methodology for high density, optimal and sustainable growth. Every year between October and May (which is the non-plantation season) the nurseries raise plant species and trees, the saplings of which are carefully selected. Mass plantation of the saplings occur in monsoons and late winter by the Heartfulness volunteers, NGOs, school children, farmers, and general public.

Forests by Heartfulness has so far successfully carried out four projects viz.: 1.) The Green Kanha: The Green Kanha is an ex-situ conservation center in Kanha Shanti Vanam, Hyderabad (Headquarters of Heartfulness) with resplendent green spaces. The ongoing efforts in last 5 years transformed Kanha from a barren landscape to a thriving ecosystem. It is fast becoming a model for best practices in nurturing India’s mega-biodiversity, saving endangered and rare species, creating medicinal gardens, and a sanctuary for wild birds and reptiles. 2.)700k saplings to commemorate India’s best Olympics performance of 7 medals planted by end of 2021 nationwide. 3.) Forests by Heartfulness Network of 18 nurseries planned across 18 cities and the 4.) Mayuri Eco-tourism Park: the Kanha nursery team adopted 6.5 acres of hilly land in Mahbubnagar and created a rainforest for the purpose of Eco-Tourism. 3000 forest variety saplings were planted in the barren land and Eco Park is handed over to the Mahabubnagar district administration for opening to tourists.

Chennai woman PR professional is the only one from Tamil Nadu to get selected for...