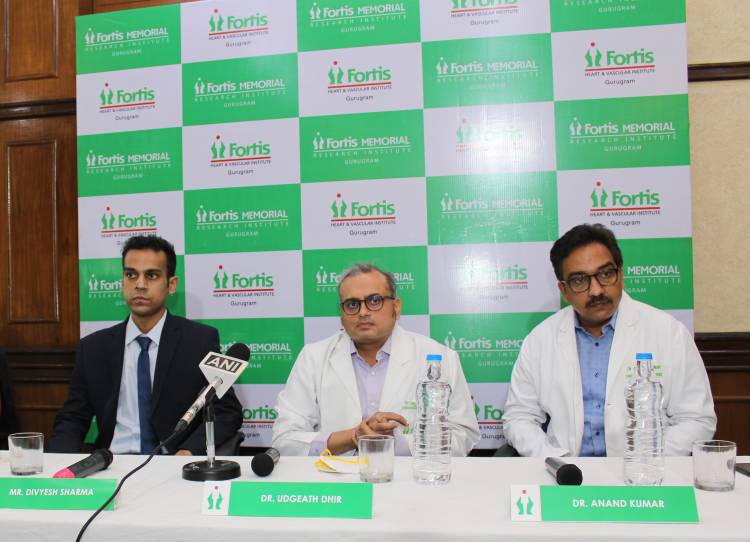 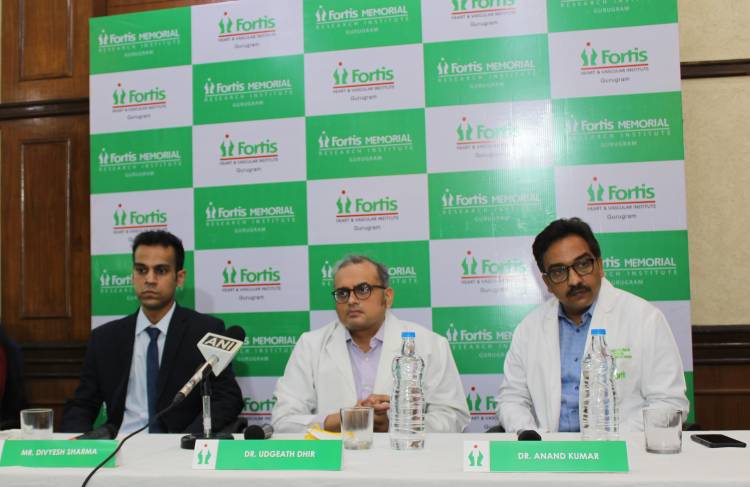 Tumour bigger than the size of a football, weighing 13.85 kgs removed from 25-year-old patient’s chest
The Tumour occupied more than 90% of the chest area; reducing the lung function by 90%   Only 10% of both the lungs were functional

Chennai, October 21st, 2021: In what might be termed as a medically challenging rare surgery, Dr Udgeath Dhir, Director and Head, CTVS, Fortis Memorial Research Institute along with his team of doctors successfully removed, the world’s largest chest tumour weighing 13.85 kgs from the chest of a 25-year-old young male patient. As per the available medical literature and published papers, the largest chest tumour removed till date, prior to this case was in Gujarat in 2015 weighing 9.5 kgs.

Patient Devesh Sharma was presented in an extremely critical condition at Fortis Memorial Research Institute, Gurugram, with breathlessness and extreme uneasiness in the chest. He wasn’t able to sleep straight on the bed due to breathing trouble since past 2-3 months. Upon evaluation at another hospital in the city, the pulmonologist had advised him for a chest CT scan. The scan report indicated a massive tumour in the chest which was occupying more than 90% of the chest area, engulfing the heart and displacing both lungs which led to only 10% of the lungs functioning. Devesh was suggested visiting Dr. Dhir for further line of treatment by other senior doctors.

In addition to the criticality of the surgery, the patient had a very rare blood group, AB negative. In cases, where patients have large tumours in the chest the administration of anaesthesia becomes critical.  As at the time of administration of anaesthesia, owing to the tumours weight, the heart gets compressed and it might restrict the forward flow of blood, which leads to negligible blood pressure. To avoid this situation, and mitigate any risk to the surgery, doctors had to prepare the patient under local anaesthesia for an emergency cardiac pulmonary bypass, in case required. However, the anesthesia team had a robust preparation for the pre-operative anesthesia administration and no complexities arose in the operative period.

Speaking about the complex surgery, Dr. Udgeath Dhir, Director and Head, CTVS, Fortis Hospital, Gurugram said, “The patient came to us in a very critical condition as his lungs were compressed owing to the size of the tumour in the chest due to which he was not able to carry his daily routine activities. It was 4-hour surgery which involved opening of both the sides of the chest and cutting the chest bone (sternum) in between. In technical terms, we call it clam shell incision. The tumour owing to its vast size couldn’t be removed through minimal invasive surgery and thus it was required to be cut and further enable the removal of the gigantic tumour from the patient’s chest. Throughout the procedure, maintaining adequate blood flow was critical. A lot of precision is required in such surgical procedures as the patient can even collapse, if the procedure is not done with acute precision. This was a high risk surgery owing to the bulk of the tumour which had occupied the entire chest making it difficult to operate on multiple vessels as the neck of the tumour couldn’t be controlled and the capsule of the tumour cannot be breached.

Dr Dhir further added “Post the surgery, the patient was shifted to ICU after doing adequate hemostasis and was extubated the next day.  Initially he was kept on ventilation and later weaned off. However, the carbon dioxide in his blood started rising owing to which his lungs which had initially contracted started expanding leading to re-expansion Pulmonary Edema (RPE). We tried to manage this conservatively without invasive ventilator support, but after 48 hours had to put him back on ventilator. Considering his condition, we decided to do a tracheostomy, where we created a mini hole in the neck so that we could take out his secretions since he had also developed dense adhesions in his heart. The patient stayed in ICU for 39 days’ post which he was shifted to room and his tracheostomy was removed. The patient is doing well, and on bare minimal oxygen support. We are happy that he is gradually recovering.”

Elaborating on the clinical achievement, Dr. Ritu Garg, Zonal Director, Fortis Memorial Research Institute, said, “The team at Fortis Memorial Research Institute strives to save lives and achieve the best clinical outcomes. Every critical case is minutely assessed and the line of treatment is decided by a multi-disciplinary team of medical experts.  In this case, the tumour was massive, and the patient was hardly able to breathe when he was admitted to Fortis. It was a very rare and high risk case. The case was managed extremely well with tremendous efficiency and expertise of Dr. Udgeath Dhir and his team. I applaud them for giving new lease of life to patient who had lost all hope and undertaking such a high risk surgery.”