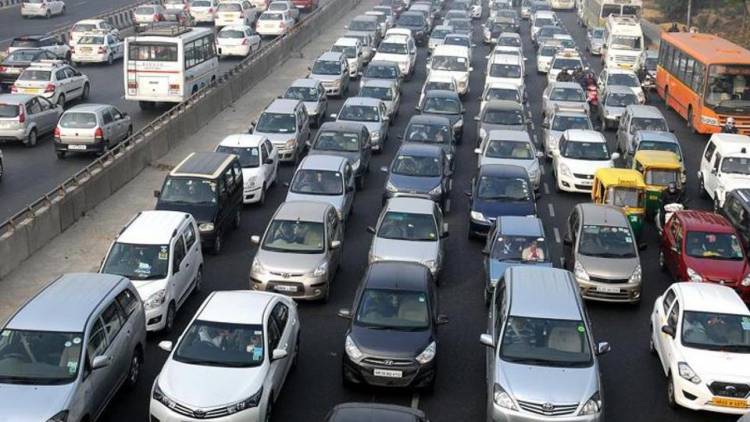 Delhi chief minister Arvind Kejriwal will at 1 pm roll out the list of exemptions for the odd-even vehicle rationing scheme that will be in place from November 4 to 15 in the national capital.

The scheduled press briefing comes a day after the state transport department submitted its recommendations to Kejriwal where it suggested including private CNG vehicles and two-wheelers (only partially) in the odd-even arrangement.

In its recommendation the transport department has suggested inclusion of two-wheelers in the odd-even drive only during off-peak hours.

The Delhi government plans to roll out the odd-even road space rationing arrangement from November 4 to 15 as a measure to curb air pollution which rises during this time of the years due to stubble burning in the neighbouring states of Punjab and Haryana.

The transport department in its recommendations has also proposed not to exempt private CNG vehicles during the drive. The Hindustan Times had reported on September 24 that the government is 'seriously considering' to remove non-commercial CNG vehicles from the enforcement point of view.

Talking about staggering office timings, the department has proposed to shift office timings for all Delhi government offices from 11 am to 7:30 pm during this phase. On enforcing the same rule on private companies, the transport minister Kailash Gahlot said that the government can only issue advisories. 'The extension of the staggered office timings will depend solely on how private firms warm up to it,' he said.

However, It is yet to be seen whether Chief minister Arvind Kejriwal gives a go-ahead to the transport department's plans or he tweaks some of its suggestions.

India and Nepal held the eighth round of Oversight Mechanism...

In Oversight Mechanism (OSM) meeting India and Nepal discussed the progress made...

Ariel and Whirlpool spread the message of gender equality...

National, 21st December, 2020: I2Cure has collaborated with MyGate to secure its...

Vasu, Akhil and Kay are back! Expect more unfiltered .......