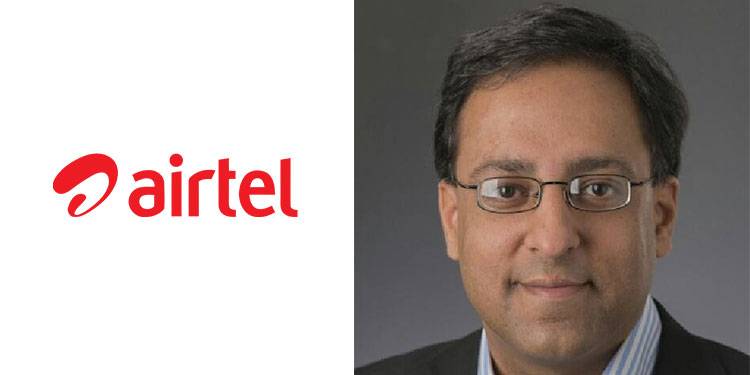 Chennai, January 10, 2021: Bharti Airtel (“Airtel”), India’s premier communications solutions provider, today announced the appointment of Pradipt Kapoor as Chief Information Officer (CIO).
In his new role, Pradipt will drive Airtel’s overall Engineering strategy and be a key player in helping realize the company’s digital vision. He will be member of the Airtel Management Board and report to Gopal Vittal, MD & CEO, Bharti Airtel.
Welcoming Pradipt to Airtel, Gopal Vittal said: “Airtel has always been a magnet for top global talent and we are delighted to have Pradipt on board. He is an accomplished engineering leader and believes in creating value by enabling technology that is focused on outcomes. I am confident his experience will add immense value to Airtel’s digital vision. I wish him the very best.”
Pradipt’s most recent assignment was at A.P. Moller - Maersk where he was Global Head of Products and Solutions Engineering for a 3000 strong organisation. Prior to this, he spent over a decade at SITA Inc. (U.K.) running Products Engineering. He has also had formative experience as an entrepreneur.
Pradipt takes over from Harmeen Mehta. Gopal Vittal added: “Harmeen has contributed immensely to Airtel’s digital transformation and helped build solid Engineering capabilities within the organization. On behalf of everyone at Airtel, I thank Harmeen and wish her the very best in her future endeavours.”

Headquartered in India, Airtel is a global telecommunications company with operations in 18 countries across South Asia and Africa. The company ranks amongst the top three mobile operators globally and its mobile network covers a population of over two billion people. Airtel is India’s largest integrated telecom provider and the second largest mobile operator in Africa. At the end of September 2020, Airtel had approx. 440 million customers across its operations.
Airtel’s portfolio includes high speed 4G/4.5G mobile broadband, Airtel Xstream Fiber that promises speeds up to 1Gbps, converged digital TV solutions through the Airtel Xstream 4K Hybrid Box, digital payments through Airtel Payments Bank as well as an integrated suite of services across connectivity, collaboration, cloud and security that serves over one million businesses.
Airtel’s OTT services include Airtel Thanks app for self-care, Airtel Xstream app for video, Wynk Music for entertainment and Airtel BlueJeans for video conferencing. In addition, Airtel has forged strategic partnerships with hundreds of companies across the world to enable the Airtel platform to deliver an array of consumer and enterprise services.

With an aim to reach out to people and attract them to join its coveted ranks, Indian...

Vi Customers can now pay bills and do recharges on Virtual...

Continuing with its focus on digital first experience,

In a grand pursuit to discover Tamil Nadu’s best culinary...