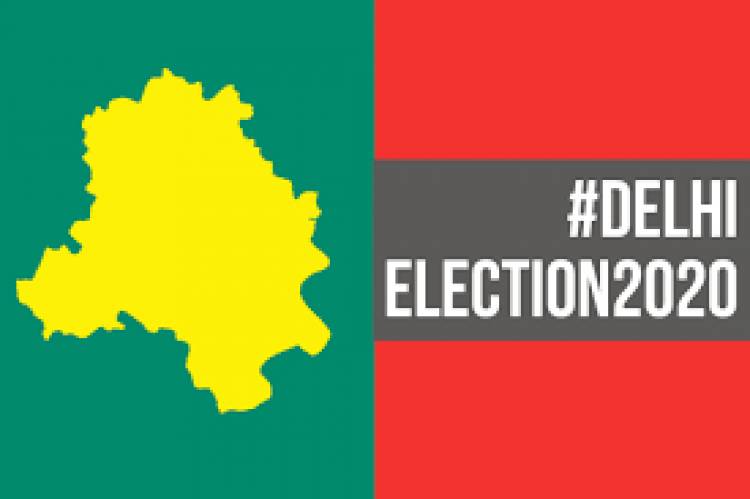 Aam Aadmi Party(AAP)looks all set to match up to its 2015 performance with trends showing it to be leading on 62 seats while the BJP is once again likely to be restricted to single digits,as per the trends for all 70 seats in the Delhi assembly elections by the election Commission of India at 2:45pm.

According to the data compiled by the ECI,congress is yet to register its lead on any seat,while AAP has also has been able to maintain a sizeable lead of over 14percent in vote share over BJP.

Prominent among those who are leading in their respective constituencies include Chief Minister Arvind Kejriwal,who has taken a lead of 14,227 votes over BJP's Sunil kumar Yadav from New Delhi constituency.

AAP MLA Amanatullah Khan has also takena sizeable lead of over 36,000 votes over Braham Singh of BJP from the Okhla Assembly seat.

The counting of votes for 70 seats of the Delhi Assembly began amid tight security at 8 am today.Delhi went to polls in a single-phase on February8.

Trump to visit India on Feb 24; engagements lined up in Delhi,Ahmedabad

A video of a Mumbai street food vendor is going viral on social media after he was...

PM Modi directed all govt depts to work for youths,says...

Trump will encourage India,Pak to resolve differences through...

Donald Trump will encourage India and Pakistan to engage in bilateral dialogue to...