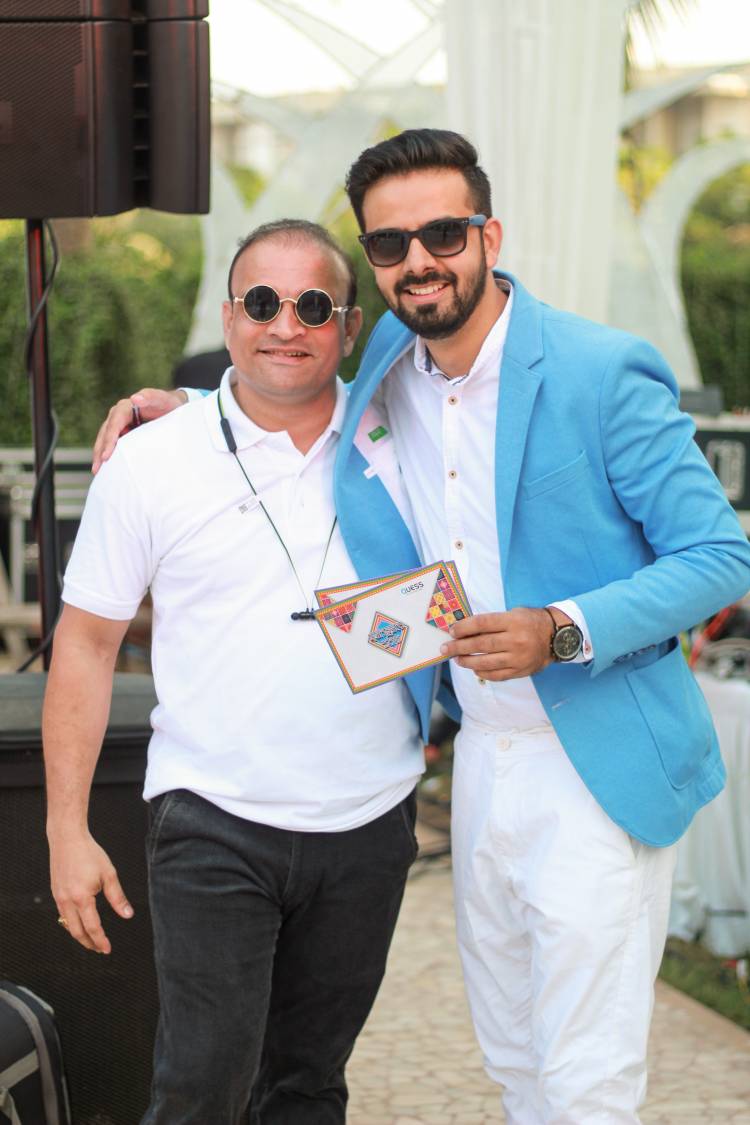 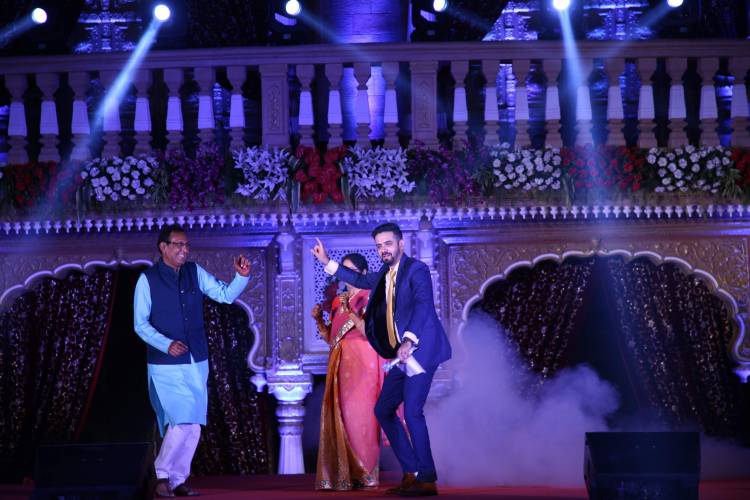 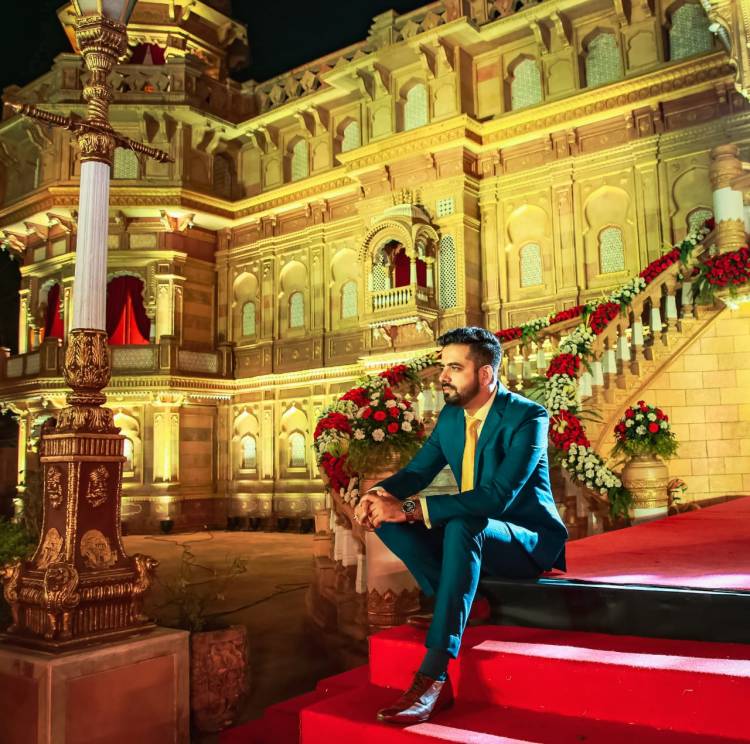 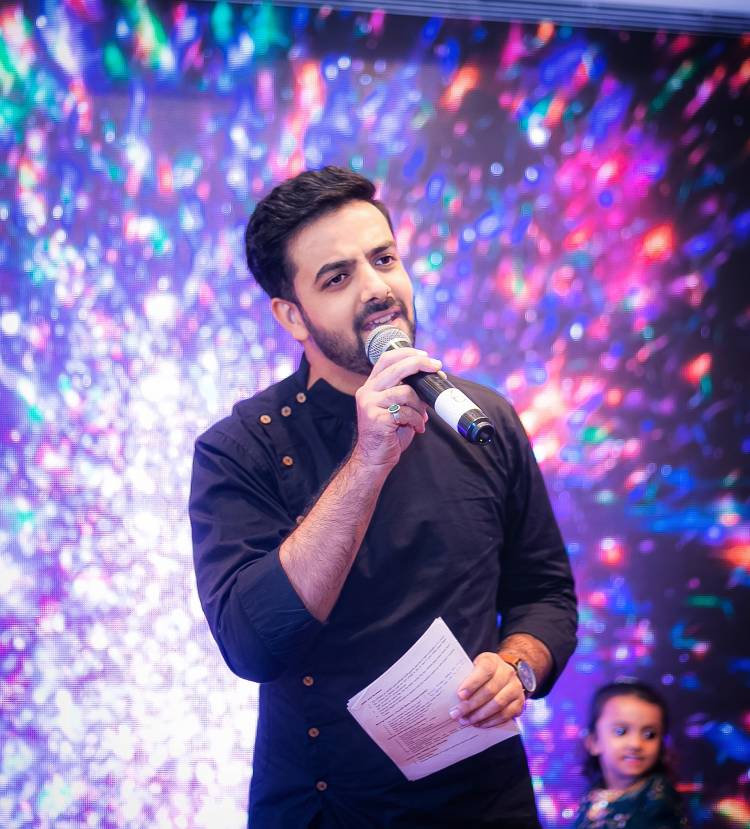 Nitish Kalia bids adieu to the corporate world, says the world of anchoring has welcomed him with open arms

Captivating people's attention, especially, when they are an audience is not everybody's cup of tea. However, Nitish Kalia leaves no stone unturned when it comes to enthralling his audience. Every artist has a peculiar way of resonating with his talent and so does Nitish. Hailing from the corporate world, Nitish always knew that he always belonged to the world of art. He did not stop dreaming. He did not stop chasing his dreams. He believed that he could make it possible.

Being a civil engineer by profession, envisaging a career in anchoring seemed very far-fetched. But, every dreamer knows the power of his dreams and how to materialize them. He might not know how the constellation of stars would work out for him, but he wanted to be a star performer on the stage. Juggling between his strenuous and work schedules and his shows, demanded heavily of him. But in the end, passion always persists.

Nitish Kalia took a vigilant turn in his so-called pre-decided career trajectory and inched towards his lifelong passion of becoming an anchor. Pursuing his goal he says, "The life I spent working in a 9-5 job has not gone waste. I had to deal with my own set of hardships. But all of them made me a stronger person and gave me the courage to become the person I have become. Anchoring will have its own set of lessons to teach me, its own set of experiences in store for me, but I am ready for all of them."

Having a composed, nurtured and traditional family background, Nitish Kalia has been flooded with events he needs to cater to. With hosting a range of wedding events, party events etc. Nitish Kalia believes in keeping the josh high all the time! Being an eclectic mix of Ranveer Singh and Vicky Kaushal, Nitish Kalia amplifies the josh at any and every event he is present at. Branching into the field of anchoring, he wishes to explore a bigger range of events and wishes to keep doing better with every passing event.

On a parting note, he says, "I am very thankful to my family for showing such tremendous support towards me and not letting their faith in me, dwindle. Anchoring unveils a new side to me, which is very fresh and enthusiastic. I am sure all of you will love it."

People who make fierce and strong choices are either thoroughly respected or severely criticized. Anchor Nitish Kalia is one such person who has taken a bold step towards the protection of women's endangered safety in the country. Being associated with a campaign titled 'Nitish Kalia's Resume' Nitish has taken a step that people in the country might hesitate to take.

Nitish Kalia's life has been replete with making strong decisions and he is happy that most of them have turned out to be in his favor. May it be switching careers from engineering to being a full-time anchor or being a part of the most recent Women's Safety Campaign, Nitish has always believed in following his heart. With the country boiling in anger due to heinous crimes taking place against women, Twitter is flooded with angry tweets from the masses, roads witnessing violent protests or silent marches to stop crimes against women, Nitish Kalia decided to take things a step further.

The Constitution of India begins with the venerable pledge which urges us, as Indians, to take care of each other as 'All Indians are my brothers and sisters.' Adhering to this, Nitish Kalia released his resume which highlighted the fact that he would like to invest his time in helping women who travel alone at night or are caught up in a situation where they feel unsafe, reach their destination. He urges women to not hesitate to ring him up any time of the day if they think they need some sort of help.

Talking about this campaign, Nitish says, "I don't have a sister but I have taken my pledge very seriously in school. When I hear about incidents like rape and murder, I just feel scared imagining the direction in which this country and her people are headed to. Every woman deserves to be respected and every man should be told to do that. With this campaign, I'd like to tell all my fellow sisters that you should never have to feel sorry for being a daughter of India. I am sure we will make our way through."

Gandhiji always believed, "Be the change you want to see among others." Nitish Kalia, who wishes to change this rape mentality spreading its tentacles amidst the Indian society, has taken this first step towards keeping the women of this country safe. As they say, the smallest steps make the biggest wonders happen!

Reliance Foundation hosts 4000 underprivileged children at a special preview of...

Fortis Malar Hospital under its CSR initiative to provide...

Cheering to the slogans like ‘Modi once again’, ‘Har Har Modi’ and ‘Vande Mataram’,...

Partnership announced at the Abdul Latif