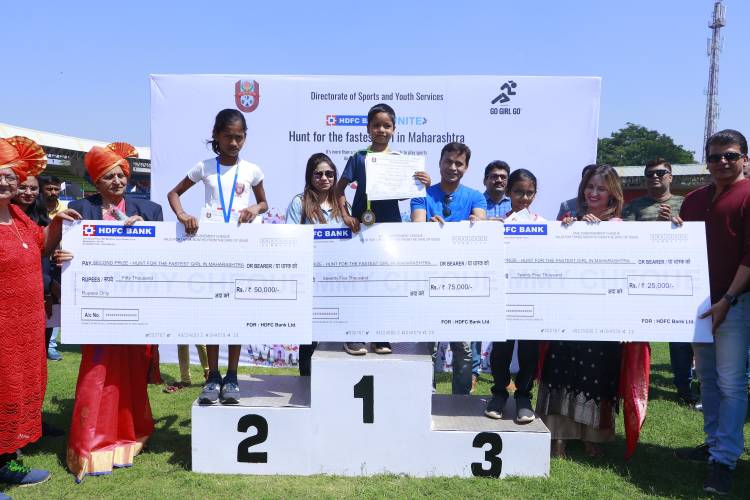 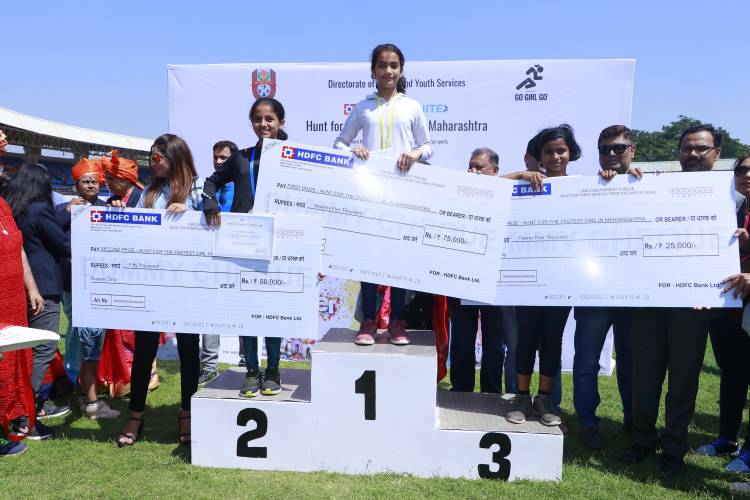 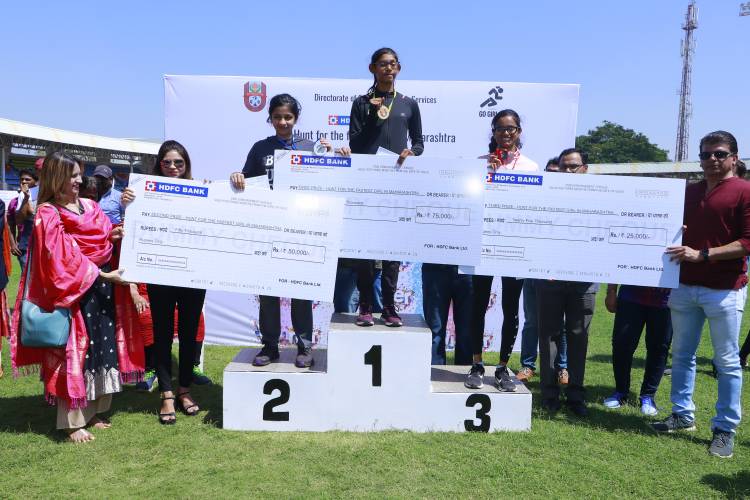 The Director of Sports and Youth Services of Maharashtra under the Go Girl Go campaign organized the ‘Hunt for the fastest girl in Maharashtra’.

The competition was held in three different age groups, 6-9 years, 10-13 years and 14-18 years. The students across the state participated at the school level and winners from the school level moved to taluka level, followed by the district level and then the final state-level was conducted on March 8 at Balewadi sports complex, Pune. Shrushti Kedare from Pune, Preetam Khatal from Satara & Sai Dhadge from Satara were the winners of under the age group of 6 to 9. Priya Margaj, Nigdi, Aaryaa Datar, Mumbai and Yashashree Sakpal Patil School, Pune were the winners under the age Group of 10 to 13. Ms. Shreya Bhonsale, Mumbai, Ms. Rujuta Bhonsale, Dnyanprabodhini, Pune and Prachi Shetty, Mumbai were the winners under the age Group of 14 To 18. The first prize was Rs 75,000/-, second Rs 50,000/- and third Rs 25,000/-

The tournament was inaugurated by Mr. Om Prakash Bakoria, Commissioner, Directorate of Sports and youth services and Mr. Sarang Dani of HDFC Bank.

Om Prakash Bakoria, Commissioner of Sports and Youth Services, Maharashtra stated; "I am extremely happy and delighted to see the passion of our potential girl athletes of the state. I congratulate all the winners and wish them all the very best for the future. Hope they will get us great pride in the future at international level competitions.’

Rishikesh Kumar, Founder & CEO, Xtraliving Pvt Ltd said: "We understand the importance of fitness and sports and this campaign will help us shine in 2024 and 2028 Olympics. Along with medal tally, we expect a major improvement in health. With increasing lifestyle diseases like diabetes, a campaign like "Go Girl Go" is the need of the hour." He also added, ‘I feel extremely privileged to be associated with such an initiative. I congratulate the winners and wish them a very bright future which they aspire to.’

The winners of the event became Xtraliving Ambassador and will get support from the company to train for Olympics in the area of Nutrition and Strength and Conditioning.

DIVINE, one of India’s foremost hip-hop acts at SRM University

Stainless steel is the most hygienic, durable and, cost effective metal for rice...

Ashok Leyland becomes the first Indian CV maker to get...