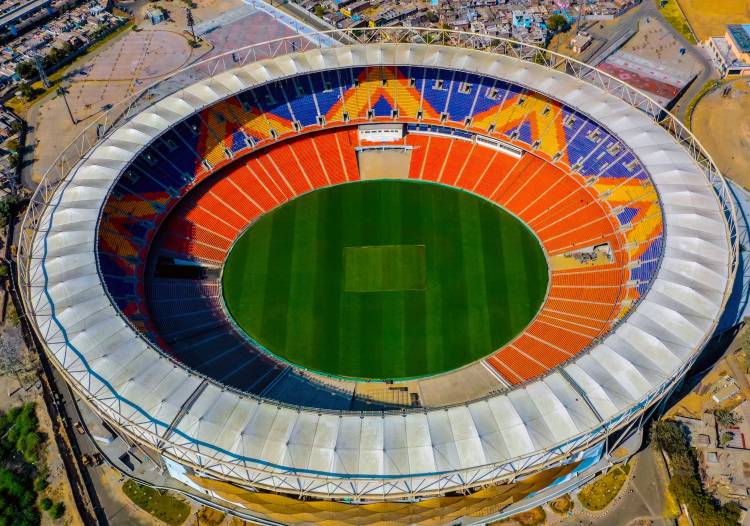 he world’s largest cricket stadium at Motera, Ahmedabad, built by Larsen & Toubro, today played host to the Hon’ble Prime Minister of India, Shri Narendra Modi, and the Hon’ble President of the United States of America, Mr Donald Trump, in the presence of a galaxy of personalities from across the spectrum in front of a packed stadium.

Constructed by the Buildings & Factories business vertical that resides within L&T Construction, the construction arm of L&T, the stadium took four years in the making, which included demolishing the previous stadium at the same site.

“As builders of nations, we are in the business of building the largest and the tallest, the biggest, the smartest and most complex, and the Motera Stadium will count as one of our most challenging successes in the recent times, We are also delighted that we have been able to deliver a quality project to our client, the Gujarat Cricket Association, who were always a tower of support to us during the construction of this massive infrastructure,” Mr Subrahmanyan added.

“Engineering wise, this has been one of our most challenging projects that involved the erection of 9,000+ precast elements, including some of the heaviest weighing up to 285 MT,” remarked Mr M V Satish, Whole-Time Director & Senior Executive Vice President (Buildings, Minerals & Metals), L&T.

“To me, this is another triumph of the spirit of L&T of doing the things that make India proud and teamwork that is reflected in our excellent safety record of having clocked more than 20 million safe man-hours. One unique aspect of the Motera Stadium, among many, is that every seat in the stadium has an uninterrupted view of the field of play that is sure to make cricket viewing a pleasure,” he added.

Designed by the globally renowned architect, Populous, the Motera Stadium, built to last a century, boasts of several unique aspects such as clusters of LED lights carefully positioned on the roof to avoid the multiple shadows of players on the pitch and an efficient drainage system. It is also a water and energy efficient green construction.

Bajaj Pulsar celebrates 18 years of success with a mega ride ‘Stampede 2.0’ across...

Taking a cue from the latest policy measures announced by Reserve Bank of India...

IITs to establish an Active Network between all Stakeholders...

The Indian Institutes of Technology are going to establish an active network between...

Shyam Steel, one of leading producers .....