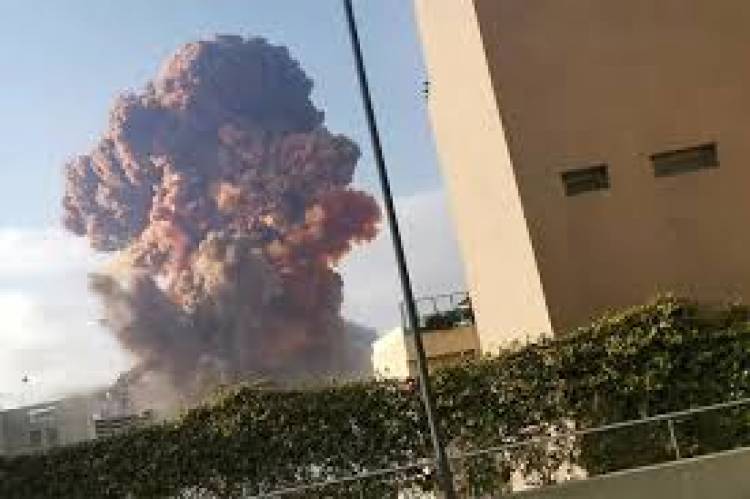 The United Nations (UN) has not received any requests to investigate Tuesday's massive explosion in Beirut that killed more than 150 people and injured some 5,000 others, UN deputy spokesperson Furhan Haq said on Friday.
"We are certainly willing to help," Haq told reporters after French President Emmanuel Macron called for an international inquiry into the explosion.
However, the Lebanese government had made no such request so far, Haq added.
"We have not received a request from them at this point, but, of course, we would be willing to consider such a request should we receive one...Nothing like that has been received," Haq said.
The deputy spokesperson noted that UN relief organisations have already started sending additional aid to Lebanon to help the victims of the blast, including the Food and Agricultural Organisation, which has allocated 5,000 food packages and 8.5 metric tons of supplies were flown out from Italy on Thursday.
The World Health Organisation (WHO) is calling for USD 15 million in additional medical supplies and aid, Haq said

Over 150 world-class institutions to participate in IDP's...