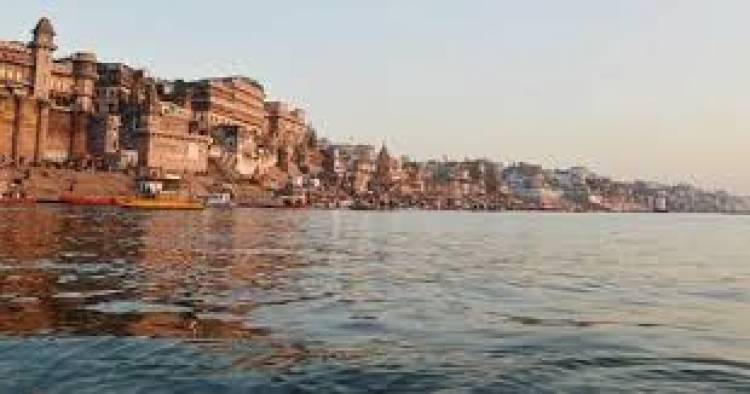 Shah said the project to clean Ganga, one of the important rivers of the country, has been a success and the government will launch similar initiatives to clean other rivers in the country in coordination with the respective state governments.

Shah was speaking at a ceremony to receive the participants of the 'Ganga Aamantran Abhiyan', a month-long exploratory open-water rafting and kayaking expedition, covering 2,510 kilometers from Devprayag in Uttarakhand to Ganga Sagar in West Bengal.

The event was held from October 10 to November 12 last year and personnel of the three armed forces -- army, air force and navy participated in the rafting and boating awareness drive that aimed to spread awareness about the importance and history of the river among the people.

We probably had forgotten to preserve and protect Ganga, that is like our mother, over the years. But, the Namami Gange mission launched by Prime Minister Narendra Modi in 2014 has brought about a lot of change in the quality of Ganga water, Shah said.

People who visited the 'kumbh mela', held in Prayagraj last year, bear testimony to this fact, he said.

Shah said the aim of various Ganga missions is to ensure that people are made aware about the ecological, cultural and historical importance of the river.

We should educate and make aware children in the age group of 15 years about Ganga and its importance and we will see that these children, over the next 60-70 years, will themselves be capable to protect the river, he said.

We need to ensure that strong steps are taken in this direction and we do not have to hang our heads in shame owing to the fact that Ganga is polluted, Shah said.

He said his government has earmarked funds worth Rs 28,000 crore for the clean Ganga mission and out of the 310 schemes envisaged under this, 116 have been completed.

Speaking at the event, Union Jal Shakti minister Gajendra Shekhawat said Ganga today is one amongst the ten most cleanest rivers of the world and efforts put by the Modi government over the last five years has bore good results.

We are working on a mission-mode for the last five years on this subject under the leadership of Modi, Shekhawat said.

Microsoft partners with Apollo Hospitals to set up National...

National Science Day is celebrated in India on 28 February each year to mark the...

ISIC Helps an Infant with Spinal Deformity to stand straight