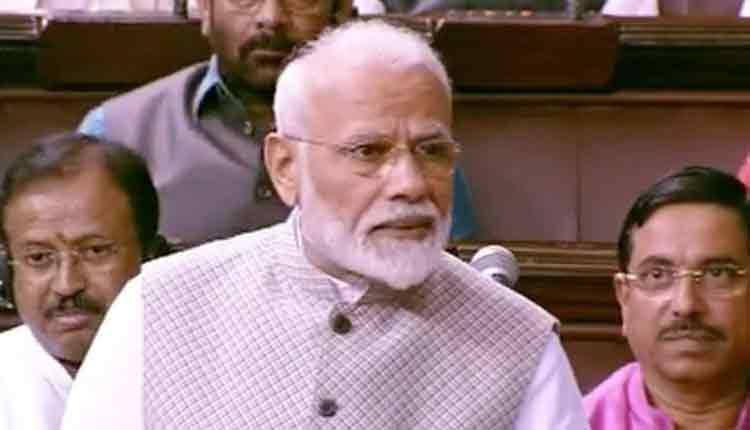 Washington: Prime Minister Narendra Modi is expected to visit the US in September for the upcoming UN general assembly meeting and is likely to address Indian-Americans in Houston during his trip, community leaders said Friday.

Chicago and Houston are the two American cities in contention for the Prime Minister's venue to address the diaspora when he is likely to travel to the US later this year to attend the United Nations' Annual General Assembly in New York.

No official announcement about the trip has been made yet. According to informed community sources, the Prime Minister is likely to travel to New York from Houston to address a special meeting of the UN on climate change on September 23.

Community leaders said that the dates for the Prime Minister's address is not final yet, but they have been asked to make preparations for a potential address of Modi in Houston on September 22.

Houston is the energy capital of the world. Energy security is a priority area for the Prime Minister.

This would be Modi's third major address to the Indian-American community after he became the Prime Minister in 2014. The previous two being at the Madison Square Garden in New York in 2014 and Silicon Valley in 2016. Both the events were attended by more than 20,000 people.

While the planning for proposed the Houston event is yet to kick off, community leaders are looking at multipurpose NRG Stadium, which has a seating capacity of 70,000 people.

Houston has one of the largest concentrations of the Indian American community in the US. The Texas Governor and Mayor of Houston had visited India last year.

Students and Schools felicitated at the grand finale of...

Colors Sunday Kondattam has a special surprise for viewers...

Colors Tamil is all geared to brighten up your week with an exciting ....

Pleas in Delhi HC seek FIR against Rahul,Sonia,Owaisi for...

A bunch of petitions was on thursday filed in the Delhi High court seeking directions...