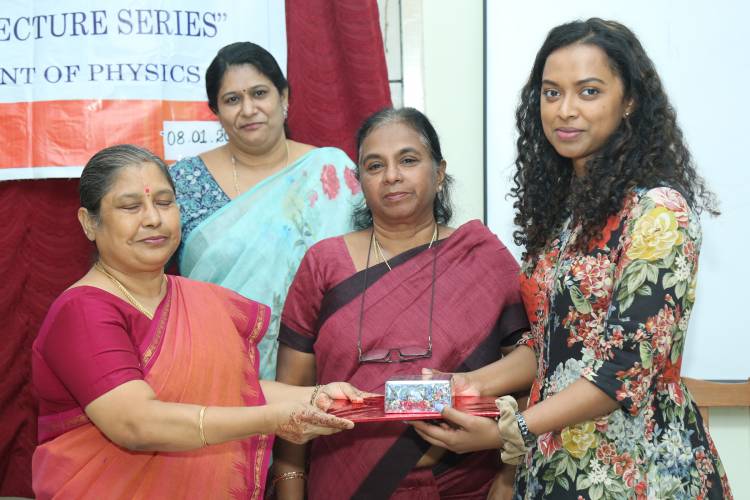 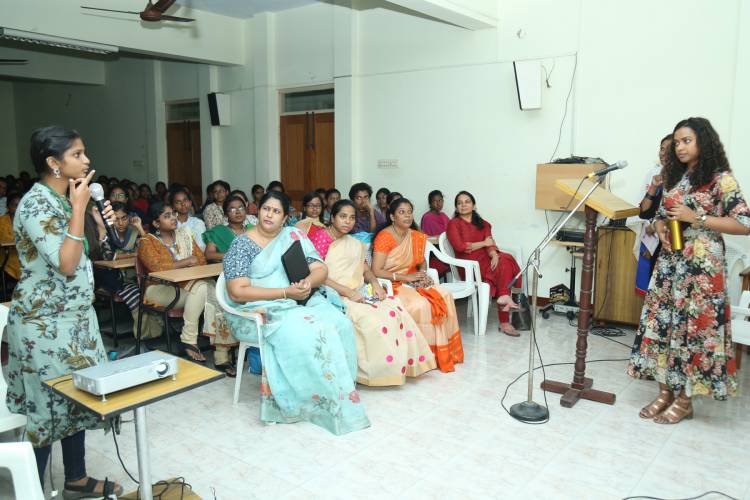 Dr. Manisha was an undergraduate student of the department during 2007 to 2010. After which she did her masters on Space craft and Satellite Communications at University College London and during her doctoral work at ANU she had the First Interferometric Detections of Fast Radio Bursts during 2017 which was a real breakthrough in the field of Astronomy and made India proud, which was recognised globally.

Dr. Belina Xavier, Head of the Department of Physics, Stella Maris College, Chennai states, “Distinguished Alumni addressing the students on contemporary area of Physics will create a high level of motivation for the students to pursue higher Education and Research and thereby promoting basic science education in the society. The interactive programme was a potential platform for the students to explore avenues of internship leading to research which will enhance the involvement of women in Science especially in such a novel and challenging area specifically like Radio Astronomy.” She acknowledged the constant support and encouragement received from Dr. Sr. Francisco Nirmala f.m.m, faculty of the department and provincial of the f.m.m community, Dr. Rosy Joseph, Principal Stella Maris College, Chennai, Sr. Susan Matheikal, Secretary Stella Maris College, Chennai.
The science students of our college and other city based colleges actively took part in this programme. There was great positive response from the students which led to potential interaction with the resource person.

About Stella Maris College:
Stella Maris College is an Arts and Science affiliated to University of Madras, Chennai a Catholic Minority College run and governed by the society of the Franciscan Missionaries of Mary. The college was founded in 1947 and it will soon be celebrating its Platinum Jubilee in 2022. The college aims at empowering young women from all backgrounds through Education thereby also promoting social change and responsible citizenship. The institution also aims at fostering an inclusive community by bringing together different cultures and making the learning vibrant and nourishing.

Indian Navy continues to maintain presence in Gulf region under Op Sankalp amid...

Five Gifts from Samsung that Your Tech-Savvy Dad Will Love...

Whether you are treating mum to breakfast in bed, or preparing a three course dinner,...

For the first time, the Census will collect data of transgenders headed houses....