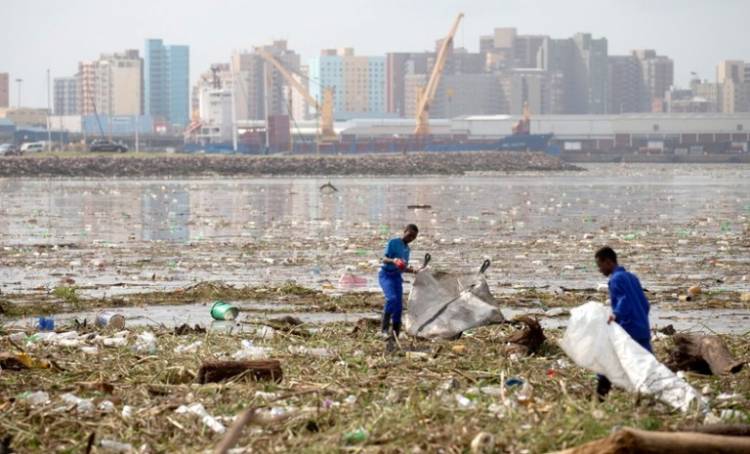 CAPETOWN: With 10 more deaths being reported on Thursday, the toll due to severe storms in South Africa has risen to 70, according to authorities.

Heavy storms swept through the KwaZulu-Natal province on Monday and Tuesday, leaving a trail of destruction and displacing hundreds of people. It was believed to be the biggest natural disaster in the province for years, reported Xinhua news agency.

"The situation is worrying, but as the government we are working to ensure assistance to the affected, particularly those displaced," KwaZulu-Natal acting premier Sihle Zikalala said.

The government would coordinate efforts to ensure shelter, clothing and any other essentials needed by those affected, he said.

Disaster teams continued to bring people to safety and assist those in need. With mudslides and sinkholes swallowing homes, it was a race against time to rescue those who have not been accounted for, they said.

The extent of damage in certain areas required expertise of engineers and others who are qualified to guide the process of repair, said Minister of Cooperative Governance and Traditional Affairs Zweli Mkhize.

He urged communities to heed the call regarding the extreme weather conditions, especially in areas that are not safe, like bridges, roads, homes and other infrastructure.

With an aim to support the students in their academic pursuits amidst the Coronavirus...

A seven-year-old girl survived for five days on water after falling into the bathroom...

Trump surrounded himself with his administration's top health experts. And he encouraged...

During the US President Donald Trump visit to India, the countries signed agreements...