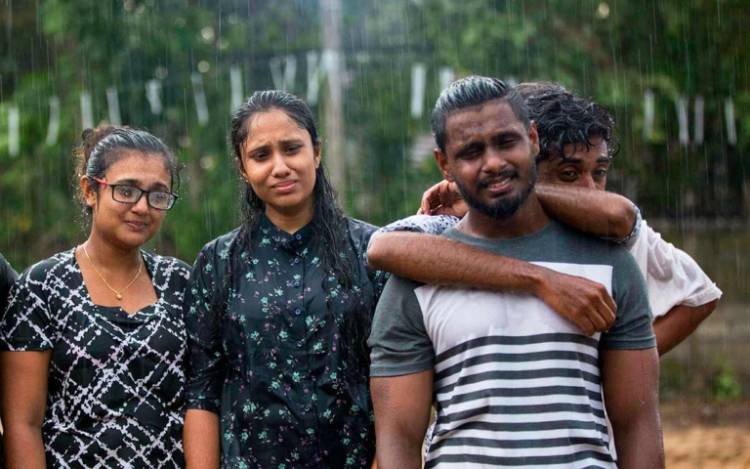 NEW DELHI: Zahran Hashim, a radical Tamil-speaking cleric who is believed to have masterminded the Sri Lanka blasts which left over 350 people dead and around 500 injured on Easter Sunday, was in "direct and regular" touch with some Islamic State sympathizers in Southern India for over three years and was instrumental in forming a "pro-IS module", sources said.

An official of a counter-terror agency told that Hashim had developed relations with Islamic State sympathizers in Kerala and Tamil Nadu through illegal trade and social media sites like Youtube and Facebook.

The official said some of the Islamic State sympathizers are in National Investigation Agency (NIA) custody and many of them have been named in its chargesheet filed on February 26. Most of them have visited Sri Lanka before having allegiance to Islamic State. They belong to Kerala and Tamil Nadu.

Arrested IS sympathizers include Mohammed Ashiq, Ismail, Samsudeen, Jafar Sadik Ali and Shahul Hameed. Some of them were in touch with Hashim while others were in contact with men in Hashim's network of operatives trying to establish a pro-IS module in Southern India. All of them are in judicial custody on charges of hatching conspiracy to target Hindu leaders at Coimbatore with intention to furthering the objectives of the Islamic State. They belong to different areas in Tamil Nadu.

Hashim, another intelligence official said, was also instrumental in radicalizing youths in Sri Lanka in the garb of conducting Quran classes and was known there as a "Molvi" (cleric).

The central intelligence agencies in India, however, are not sure if Hashim died in the Sri Lankan attack before which he was a virtual unknown in the island state. It is believed that he went to an Islamic college in Sri Lanka. However, he was not known to be popular in his community.

The Sri Lankan government has pointed a finger at Hashim indirectly as the prime suspect in the Easter Sunday blasts and accused him of leading a little-known Islamist group, the National Thowheeth Jamaath (NTJ), affiliated to the Islamic State. Sri Lankan intelligence officials and Prime Minister Ranil Wickremesinghe believe that Hashim may have masterminded the attacks.

The Islamic State had on Tuesday claimed responsibility for the attacks without providing evidence of its involvement. A video released by the terrorist outfit shows a person, purported to be Hashim, swearing allegiance to Islamic State chief Abu Bakr al Baghdadi.

Another official also confirmed that an intelligence input regarding the Easter Sunday attack was shared with Sri Lankan intelligence officials late on Saturday and that it took the Indian officials engaged almost whole day considering its importance.

According to the official, the warning was specific about threat to some churches, hotels and the Indian High Commission in Colombo.

Three churches and four hotels were hit by suicide bombers on Sunday morning, sending shockwaves through the island nation that has been relatively peaceful since the civil war ended a decade ago.

Another similar intelligence input, the official said, was shared with Sri Lankan intelligence agents on April 4 and April 20.

So far, over 50 people have been arrested in Sri Lanka in connection with the attack, said the official.

Sri Lankan President Maithripala Sirisena - who was out of the country during the attacks - has said he was not informed about this advisory and asked for the resignation of the country's defence secretary and police chief.

Government of Delhi organised a Winter Carnival in the...

Delhi Tourism (Government of Delhi), recently organised a Winter Carnival at the...

The Union Health Ministry said 773 fresh cases of Covid-19 and 10 new deaths have...