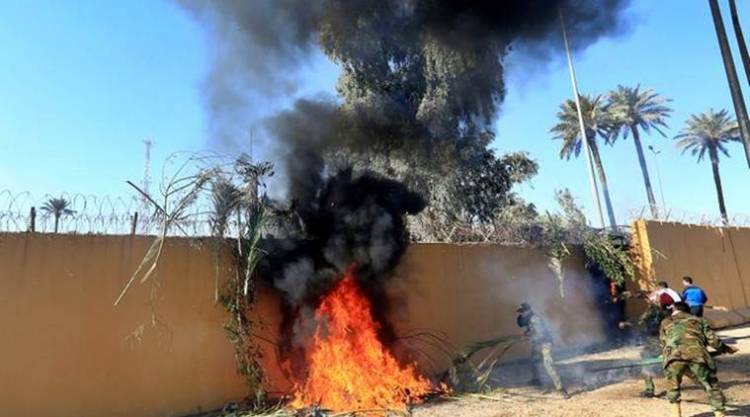 Iran’s supreme leader Ayatollah Ali Khamenei on Monday prayed over the remains of general Qassem Soleimani, who was killed in a US drone attack last week.

In the aftermath of the drone strike, US President Donald Trump Monday ruled out moving US troops out of Iraq unless the country paid the cost of building an expensive air base there and threatened it with “very big” sanctions. Trump’s remarks came a day after the Iraqi parliament voted to oust American troops.

On Sunday, Trump warned Iran of ‘major retaliation’ if Tehran carries out any attack against America to avenge the killing of the top military commander. Trump vowed on Twitter that US will strike back at 52 targets “VERY FAST AND VERY HARD.”

Secretary of State Mike Pompeo also said that the United States could attack the country within its borders and its leaders if they take hostile actions against US interests. He underscored President Donald Trump’s message that the United States had chosen sites to attack within Iran if the country ordered assaults on US assets or citizens in retaliation for the drone strike in Baghdad.

I was reminded of the 26/11 Mumbai terror attack:Uddhav Thackeray on JNU violence

RIMIX with Purva Mantri on Rizzle