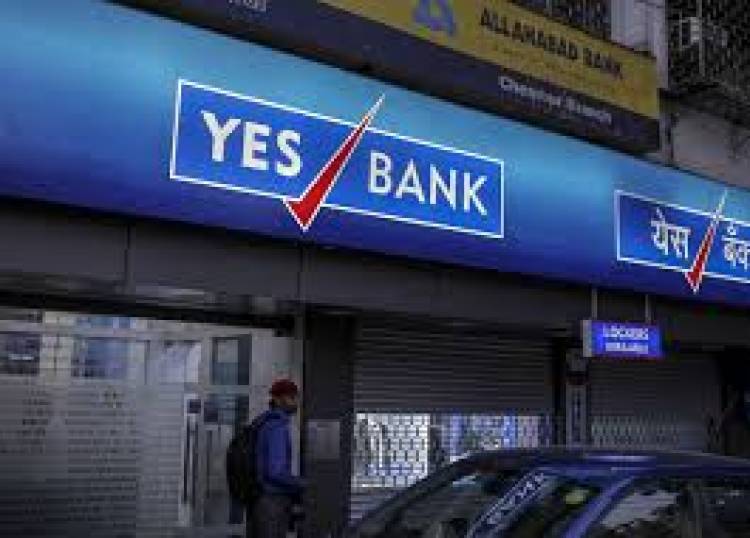 Sandeep Sule, a resident of Mumbai's Lalbagh area, had been running his medical shop "quite smoothly" until the overnight news of the Reserve Bank of India (RBI) imposing a one-month moratorium on Yes Bank shocked him.

"My business was going on smoothly. I had been transacting with Yes Bank for the past two years. I have their swipe machine and all digital transactions would get deposited in my account. But after the RBI decision, I won't be able to transact from my account," Sule told India Today TV.

He said he had issued some cheques but they are not getting cleared. "How will I pay salaries to my employee," he asks.

Hit by RBI's drastic measure, Sule has stopped all forms of digital transaction at his shop and is now dealing only in cash.

On Thursday, the RBI imposed a one month moratorium on capital-starved Yes Bank and capped the monthly withdrawal limit for depositors to Rs 50,000 per account. The RBI and the Finance Ministry have assured Yes Bank depositors that their money is safe, saying the RBI will "protect their interests".

On Saturday, India's largest lender, the State Bank of India (SBI), said its board has given an in-principal approval for the bank to buy up to 49 per cent stakes in Yes Bank. Addressing a press conference in Mumbai, SBI Chairperson Rajnish Kumar said the bank would be investing a minimum of Rs 2,400 crore in Yes Bank.

However, SBI's assurance of infusing liquidity into the ailing Yes Bank has failed to reassure Sule and others.

"It has become a norm. Every year at least two banks go bust. The issues with PMC Bank have not yet been dealt with. These assurances don't matter until we will get to operate our bank accounts and have full access to our money," Sule said.

Ratan Kanojia, who works as an office boy in a private firm, shares the same fear.

He took out time from his lunch break to stand in a queue outside a Yes Bank ATM. "We have seen so many banks go down and many of their customers are still suffering. How can we be assured by mere words?" he asked.

Prasanna G, who works with a firm in Juhu, said he tried withdrawing cash from his account on Friday in the suburb but he was told that tokens till Monday had had already been issued.

After the failed attempts he changed his work shift to afternoon so that he could try other ATMs and withdraw cash.

"The case of PMC Bank is a stark example of what can happen to bank customers when the institution goes bust. I have no faith until something really happens on the ground," Prasanna said while queuing outside a Yes Bank ATM.

Meanwhile, earlier in the day, SBI said it would approach the RBI with a proposal on Monday. Much will now depend on SBI's proposal and how the RBI responds to it on Monday.

Only humanity matters in this world, say Sangram Singh and Amitabh Shah

This Friendships Day, emote your best with Ferns N Petals

Prime Minister Narendra Modi said on Monday that chemistry had managed to defeat...

This wedding season give your loved ones a health and wellness...