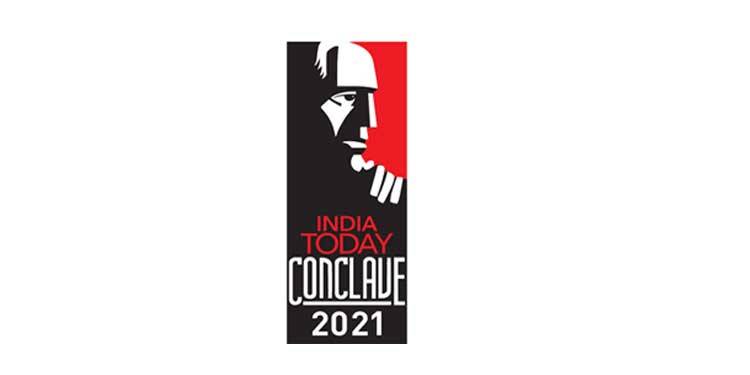 New Delhi, October 2021: The India Today Conclave is back with its 19th edition. Over the past 18 years, the inspirational platform has seen the most influential and inspiring personalities from all over the world congregate and deliberate on critical issues facing the world. This year, the summit will take place on 8th and 9th October 2021 at Taj Palace, New Delhi. And like every other edition, this time, too, a galaxy of renowned leaders and personalities from across the fields of sports, political, business, bollywood, government, among other areas, will grace the platform and exchange ideas around building a better today and tomorrow.

The theme of #ABETTERNORMAL for the conclave this year will bring up some eye-opening ideas, thought-provoking debates, and a new perspective to look at the post-pandemic world. The summit will witness inspiring and young speakers, who will be sharing their incredible journey and achievements, top politicians and policymakers who shape our lives and our businesses, new Unicorns of 2021, global economists of repute, among many others.

This autumn, the India Today Conclave 2021 will be unparalleled in its illustrious history as this will be an ambitious endeavour to find a path beyond a global crisis that also was a great leveller. The pandemic made no distinction between the rich and the poor, the powerful and the marginalised. In a world ravaged by the pandemic, the Conclave will present the world’s most celebrated thinkers who will collectively seek a “Better Normal” for mankind. This singular quest promises to make the India Today Conclave 2021 the most riveting intellectual engagement of the year.

In the latest edition of the India Today Conclave Kalli Purie, Vice Chairperson, India Today Group said, “We are happy to bring back the main edition of our conclave after two years. It’s going to break new ground in hybrid events. I’m very excited with what we have created for our patrons. It’s all new and fresh. The better normal”

India Today Conclave is India’s first and only Intelligence Exchange that engages every stakeholder to build an agenda for a positive change. It dissects every relevant fact, amplifies every sensible voice. It’s a leadership conference where the sharpest global minds come together to analyze, debate, inspire, entertain, and, of course, prescribe solutions. For nearly two decades, India Today Conclave has been a global diagnostic, measuring the pulse of the world, making sense of random developments and predicting the next big thing.

Yes we had made it with all your support.@Dir_Susi has...

Planning a vacation but cowed down with soaring airfares? Worry no more – GoAir...