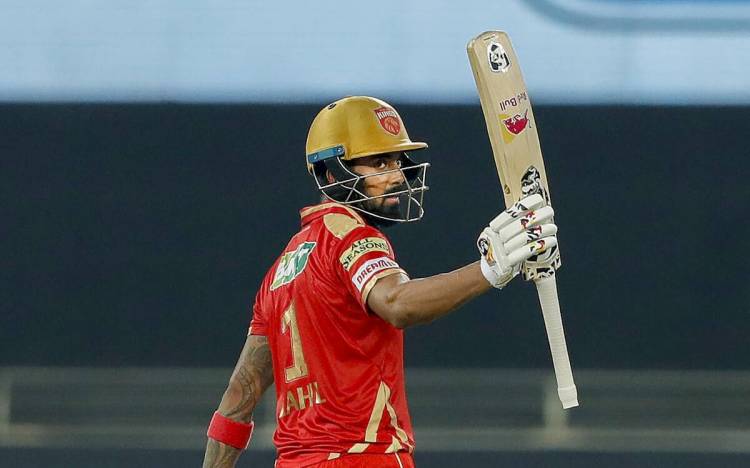 KKR, asked to bat, rode on its new-found sensation Venkatesh Iyer’s best IPL score, a 49-ball 67, to post a challenging 165 for seven at the Dubai International Stadium on Friday. PBKS achieved the target with three balls to spare.

The left-handed Venkatesh, who flicked left-arm spinner Fabian Allen for a four off the first ball of the match, had an updated field-map in his brain as he picked the deliveries well and used his supple wrists to place the ball intelligently in the gaps.

After the fall of his opening partner Shubman Gill, who was done in by an Arshdeep Singh delivery that moved in off the surface, Venkatesh forged an important well-crafted 72-run stand with Rahul Tripathi to provide KKR a sound platform.

PBKS trump card Ravi Bishnoi broke the partnership by having Tripathi, who executed some attractive strokes on both sides in his 26-ball 34, caught on the on-side.

Venkatesh, who produced a pulled six and a scooped four in a bouquet of spectacular shots, batted maturely to reach his second IPL 50 before pulling Bishnoi to deep mid-wicket in the 15th over.

Nitish Rana scored an 18-ball 31 and KKR collected 44 in the last five even as Arshdeep displayed another impressive performance.

Mayank Agarwal and Rahul batted with common sense to gather 70 and give PBKS a fine start. Mayank, who hit three fours and as many sixes in his 27-ball 40, was held at cover by Eoin Morgan, who had dropped the PBKS opener at the same position on zero, off Varun Chakravarthy. Varun struck again to remove Nicholas Pooran and mount pressure on PBKS. On a slow pitch, Rahul batted with composure to score a valuable 67 off 55 and take the chase deep. He was dismissed in the last over but his team managed to cross the line. KKR skipper Morgan, who fielded four full-time bowlers after dropping an unfit Lockie Ferguson, missed a fifth bowler.

Shahrukh Khan's cameo was an invaluable contribution for PBKS.

YES BANK rings in festivities with home loans at 6.7%* interest rate for limited...

The Centre for Innovation at Goa Institute of Management (GIM) recently organises...

Epsilon Advanced Material gets qualified as an Anode precursor...

Sony Music Entertainment artists representing a diverse range of genres from across...

Branded as Amrita AHEAD, the courses, meant for under-graduates,..........