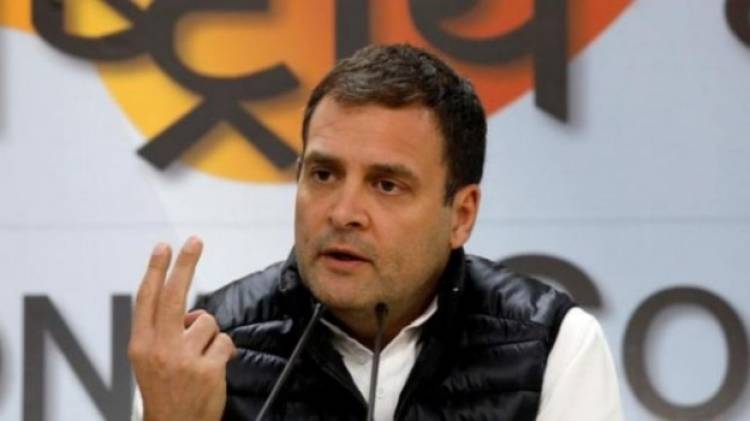 NEW DELHI: Congress President Rahul Gandhi on Saturday accused the Election Commission (EC) of being "biased" against the opposition and said that capturing of institutions will have a negative effect in the future.

"Where there are matters of the Bharatiya Janata Party, Election Commission is on a straight line and on the matters of the opposition, it is completely biased," the Congress leader said at a press conference here.

He was responding to a question on the poll panel giving a clean chit to Prime Minister Narendra Modi over his Varanasi speech on armed forces and dubbing Congress as sinking Titanic ship in Maharashtra's Nanded.

"The style of functioning of Modi and the RSS is to hold the institutions. It is visible on the Supreme Court, Election Commission, Reserve Bank of India and every where else," Gandhi said.

He added that he does not expect the poll panel to be not affected by that pressure.

"All these institutional capture that has been taking place will have negative consequences in the future.

"We cannot allow Indian institutions to be disturbed, controlled and crushed. And anybody who colludes and falls to this pressure is committing a crime," Gandhi said.

Congress has demolished Modi, Will easily win in this election : Rahul Gandhi

A series of virtual concerts “Sangeet Setu” was announced by the Indian Singers...

Airtel steps up the Experience for its Platinum customers