Congress has demolished Modi, Will easily win in this election : Rahul Gandhi 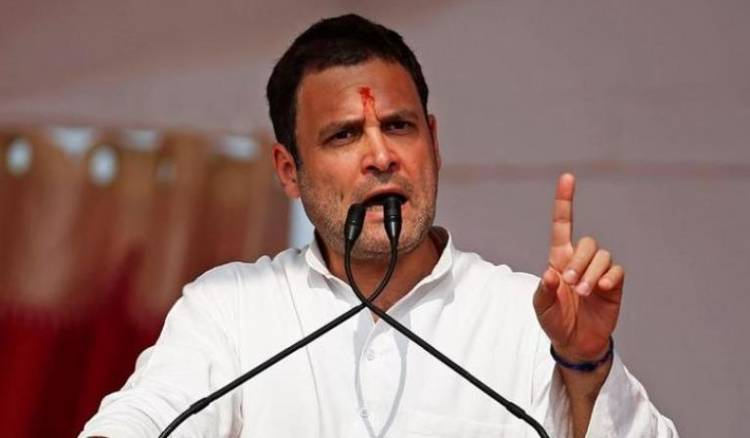 NEW DELHI: Congress President Rahul Gandhi on Saturday said that Prime Minister Narendra Modi was scared of his defeat in the elections and the BJP was running a panicky campaign.

"I see a scared Prime Minister, unable to face the onslaught of the opposition. I see a Prime Minister who is absolutely convinced that he is trapped and not going to win. I see a panicky campaign," Gandhi said at a press conference here.

He said that the Congress will easily defeat the BJP this time.

Gandhi said that he did not see a strategic campaign by the Bharatiya Janata Party. "They started with national security but half way through they realised it was not good enough and came up with Vikas (development).

"When the Prime Minister is asked why we have a highest unemployment rate in last 45 years or why 37,000 youths are losing jobs every 24 hours, he diverts the issue and takes them to the sea plane model in Gujarat.

"It is his (Modi's) nature to run away when pressurised," Gandhi said. He claimed to have information about two-three more new scams.

"The Congress has now demolished Modi. The structure that is standing is hollow and it shall fall in next 15-20 days," Gandhi said.

The Congress chief also accused the Modi government of demonetising the Indian economy and said that the Congress will remonetise the economy through the NYAY scheme.

"We will remonetise the economy as the middle class will be allowed to start their businesses for three years, which will create jobs, business," he added.

S.Ve.Shekher is a household name with Tamil connoisseurs, popularly known for his...

Nehra announces he will retire on November 1

Veteran India pacer Ashish Nehra on Thursday said he will call an end to his cricket...