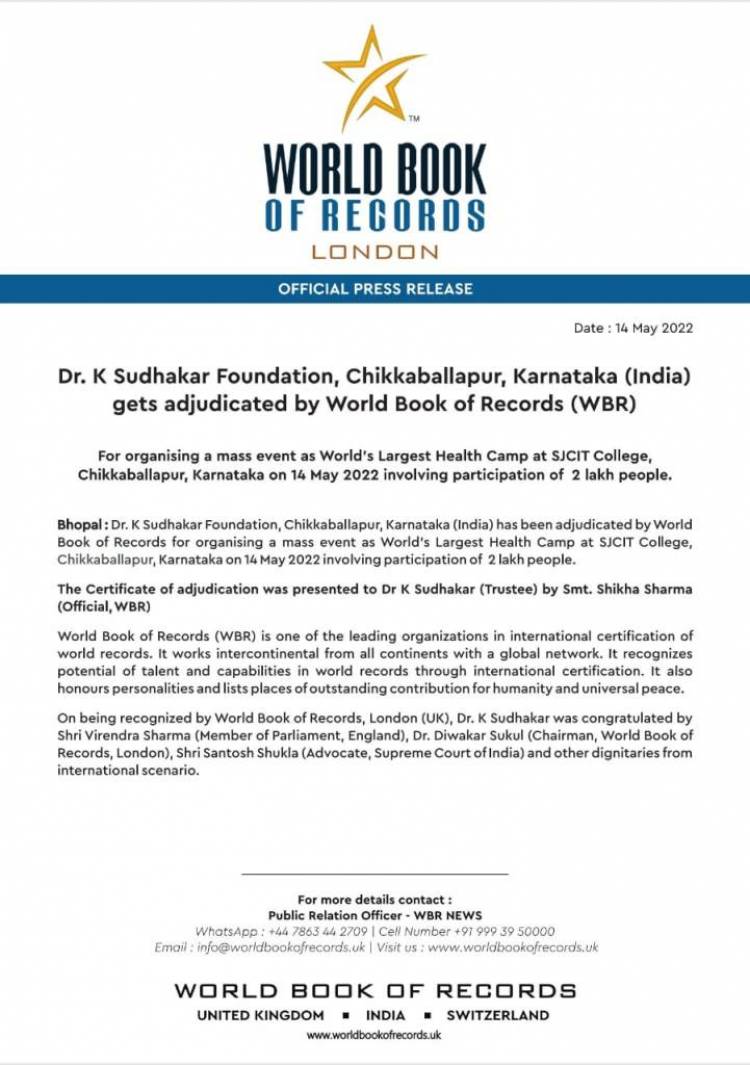 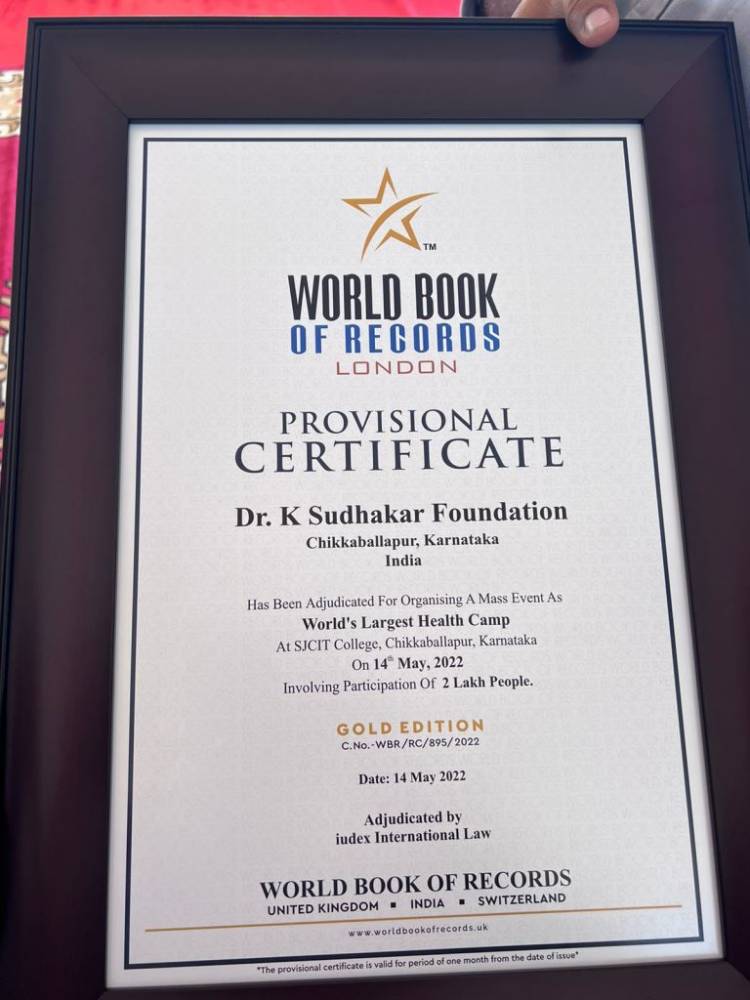 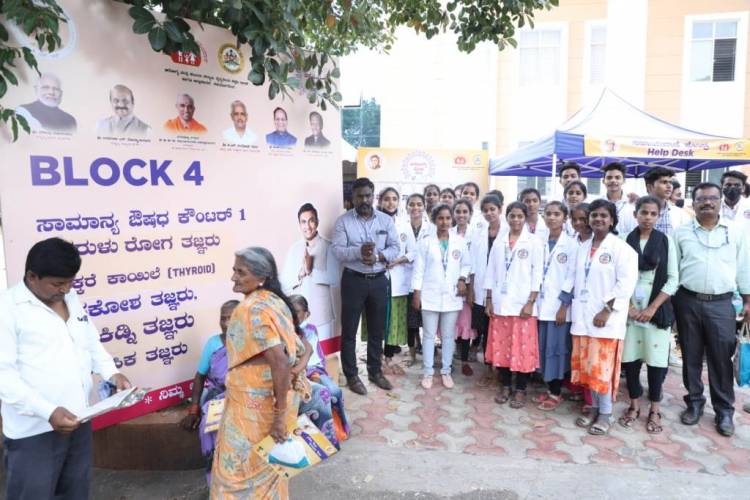 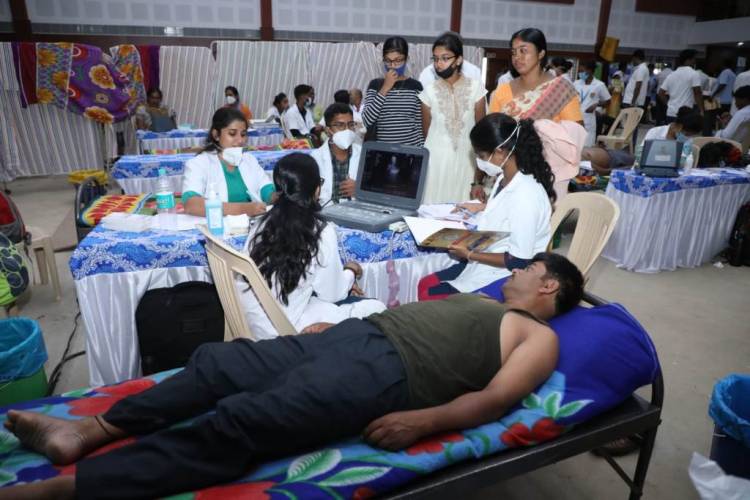 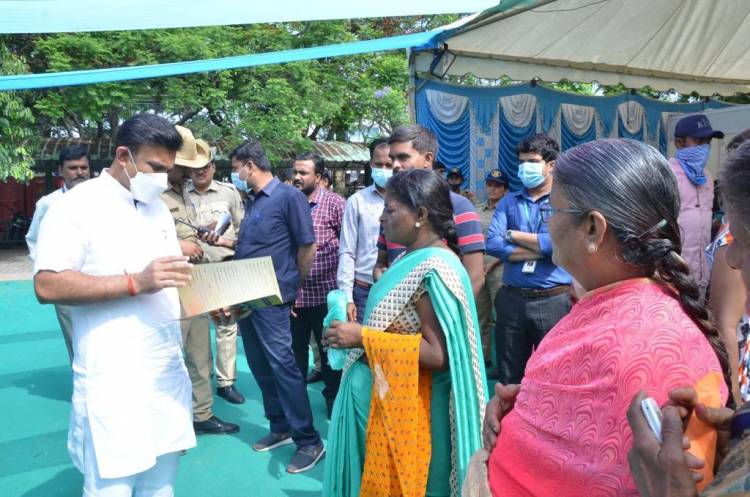 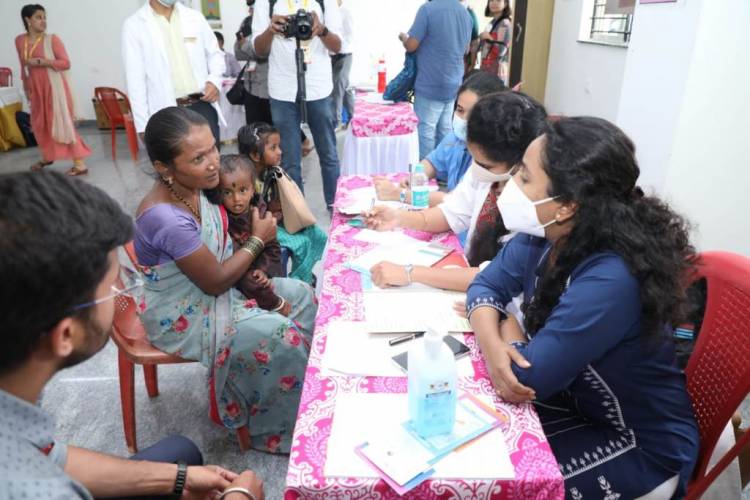 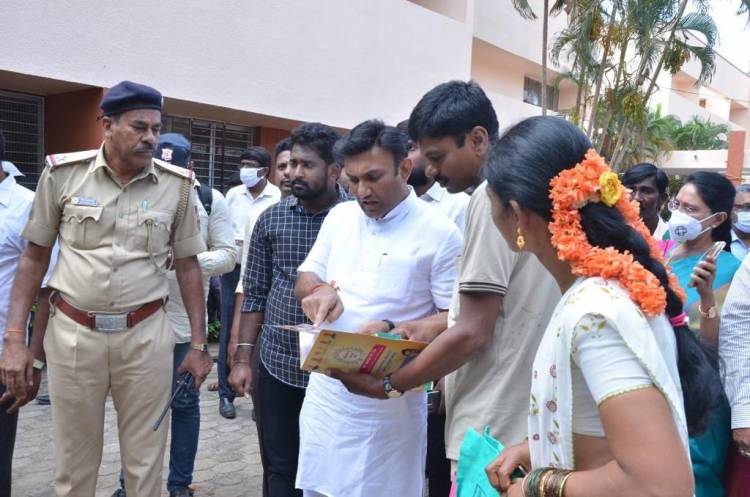 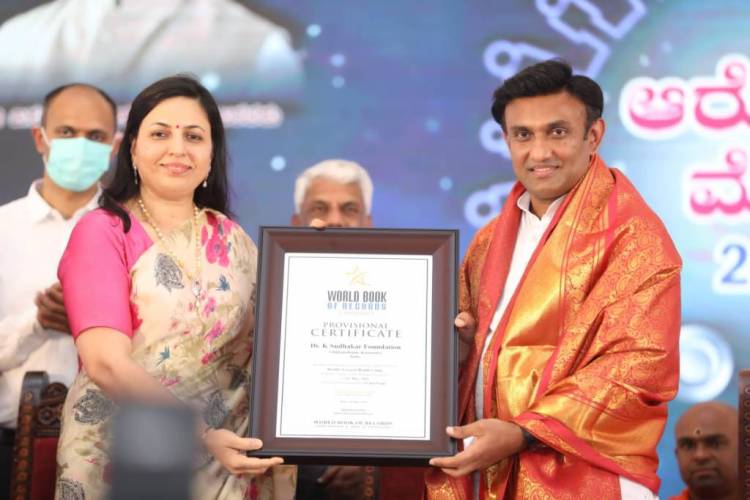 World Book of Records awarded Dr K Sudhakar foundation a world record for conducting a first-of-a-kind, massive, free health camp on May 14 and 15 where total of around 2 lakh people are expected to participate. The camp, dubbed the ‘Bruhat Arogya Tapasane and Chikitsya Mela’, is offering free consultation, testing, diagnosis and treatment to patients from economically weaker sections. The mela is organized by Dr K Sudhakar Foundation in association with Departments of Health & Family Welfare, and Medical Education in coordination with the Chikaballapur District Administration.

“Initially I had expected 25,000 to 30,000 to attend the Mela but I came to know that 1.5 lakh people have registered just through online registration,” said Karnataka Health and Medical Education Minister Dr K Sudhakar while speaking at the inauguration of the mela.

The camp is a unique initiative where many government and non government entities have come together which made such a camp possible. To support the initiative, more than 100 renowned institutions from southern Karnataka, including 22 private hospitals, 13 private labs, 18 medical colleges, 8 super-specialty hospitals, 15 eye hospitals, 6 Ayush institutions and 10 dental colleges are participating in the event. A total of 1500 doctors, 1500 nurses, 1000 lab technicians and para medical staff will be present at the camp.

Any common diseases-related to eye, ear, teeth, skin, bone, heart, lungs, diabetes, general surgery, cancer, gastrointestinal disorders, liver, neurology and mental health, encompassing communicable and non-communicable diseases will be investigated, and treated. Even medicines will be provided completely free-of-cost on-the-spot. Additionally, eye glasses and dentures will also be given to patients who required them.

For conducting investigations suggested by the doctors, provisions for a comprehensive on-the-spot blood tests, 2D ECHO, ECG, Mammograms and Ultrasounds are being installed.

Speaking at the inauguration, Minister Sudhakar said that in case the patient needs further care like surgery, they will be given referrals and future treatment will be covered further under the Ayushman Bharath Scheme.

One other unique initiative of the camp is to provide free transport and free food to people coming to the camp from surrounding talukas.

This kind of a camp according to Dr K Sudhakar was something he thought of after many of his personal experiences with people from extremely impoverished backgrounds where he realized the problem of accessibility to healthcare.

Sudhakar highlighted the importance of getting a comprehensive examination after the age of 30. “Don’t be afraid of testing, it is only through testing that a treatment can be given. If you don’t get tested no one not even God can help you,” he said.

“My father was a farmer and also a teacher so he was healthy and my mother too was healthy. I was a house surgeon then and yet, I didn’t think I had to get them tested as they appeared so healthy. One day she had been to a temple and I got to know that she suffered from a cardiac arrest. There were no hospitals near and we would have had to travel at least 1 hour to take her to a hospital at Bengaluru or here at Chikkaballapur. Unfortunately, we lost her. So, I urge all of you to get tested and not be negligent,” Dr Sudhakar said.

Addressing the gathering Sri BL Santhosh suggested Health Minister Sudhakar to conduct similar health camps in all districts of Karnataka with the help of hospital and local mutts.

Sri Nirmalanandanatha Swamiji highlighted the importance of protecting one’s health. “If we were to consider the one big resource of a country it is human resource. If people in a country are healthy, that means that the country is healthy and prosperous. Even those who don’t have any apparent problem, I urge you to please get tested and not become a burden on your family or the country,” he said.

Good Travel with Marriott Bonvoy™expands toclose to 100 hotels and resorts across...