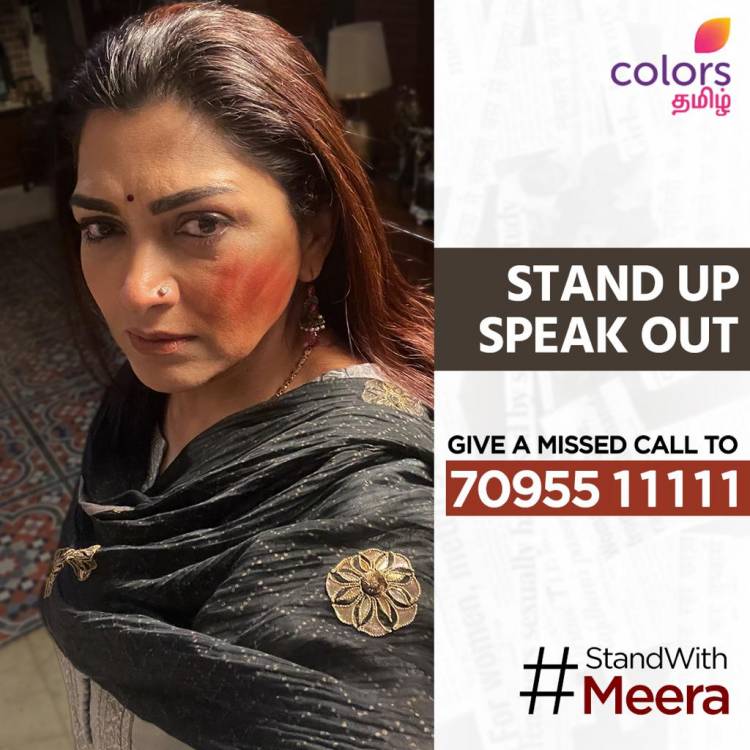 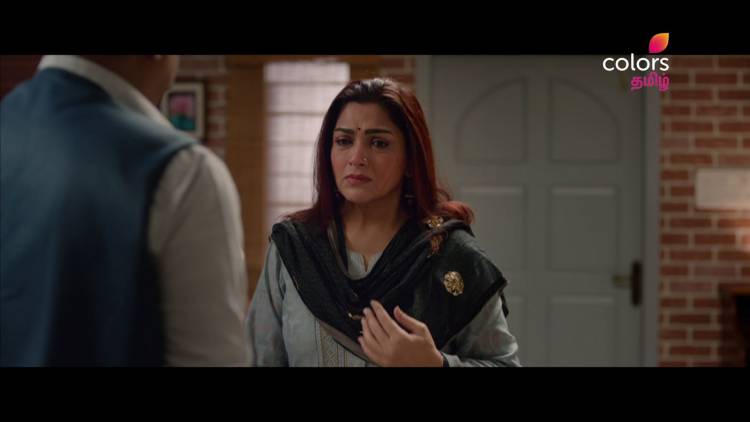 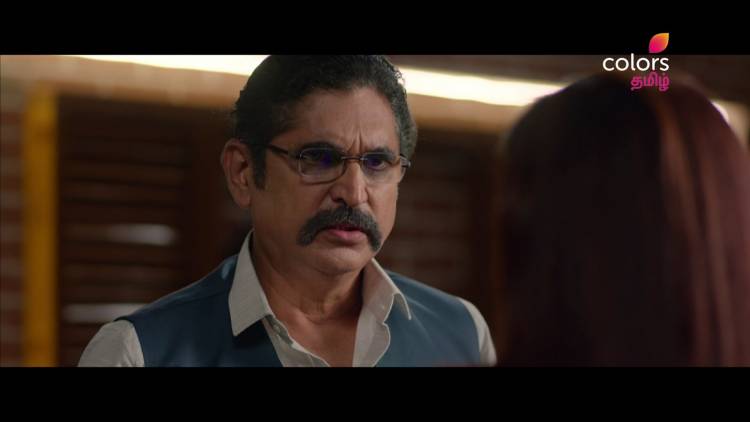 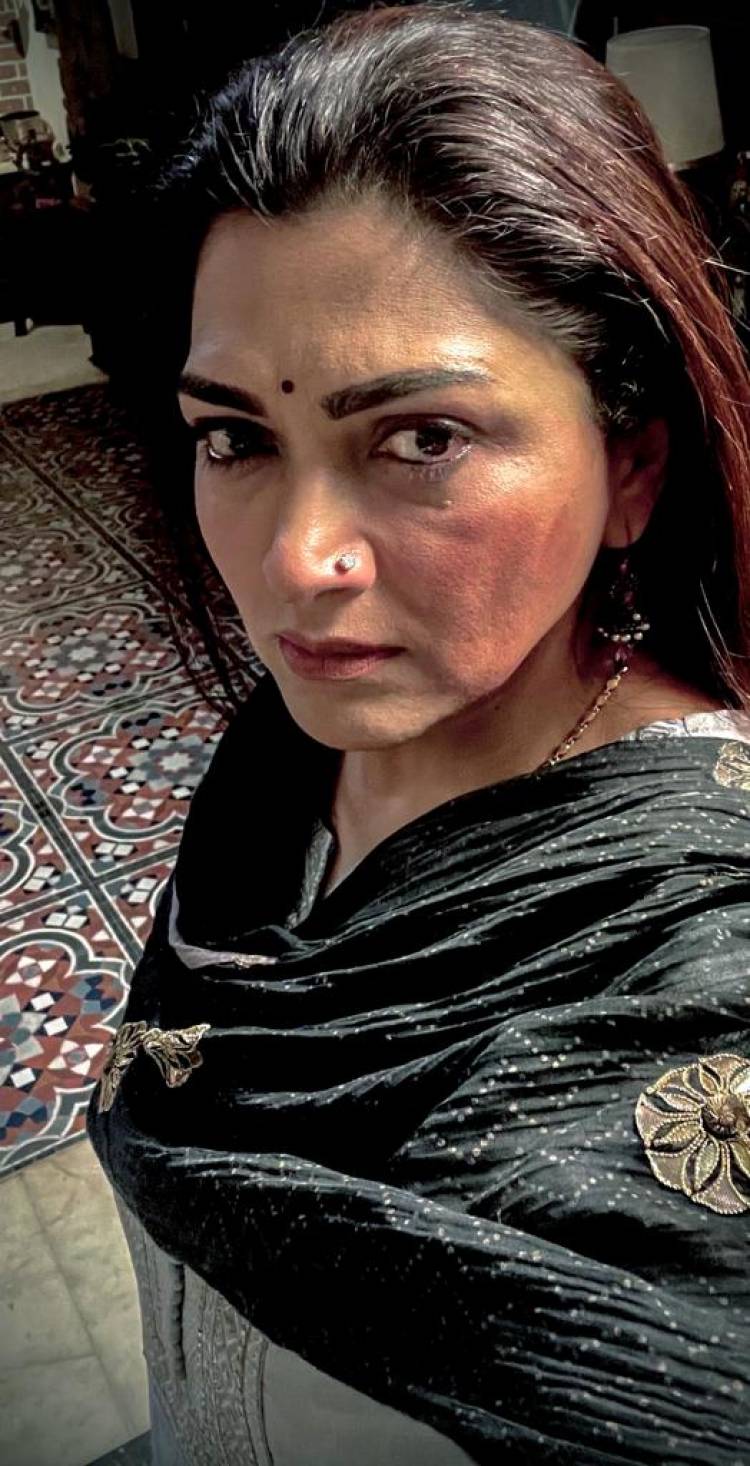 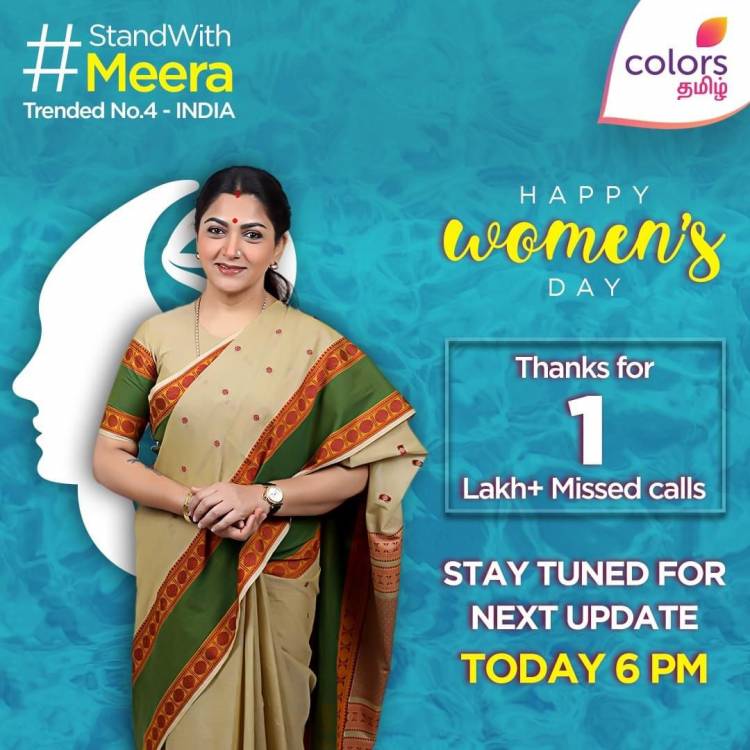 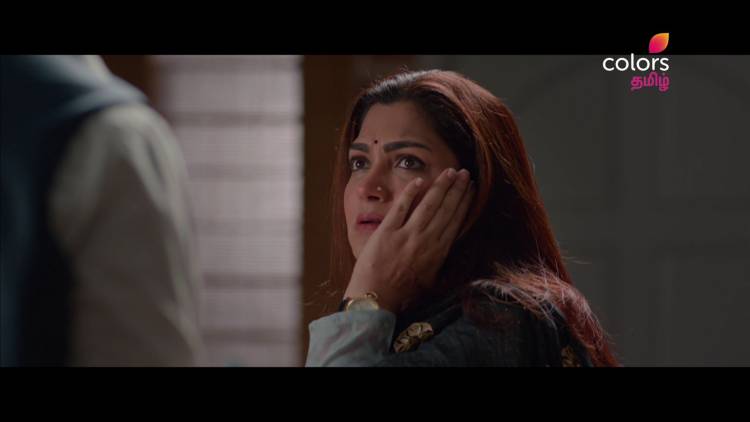 Chennai, 9thMarch, 2022: Women are often considered the harbingers of prosperity and the nurturers of a family. Despite proffering their selfless love and affection they are often the victims of violence too. In an effort to throw light on the growing violence against women, this International Women’s day, Colors Tamil, the fastest growing GEC in Tamil Nadu unveiled the first promo of its upcoming brand new fiction show, Meera starring Actor Kushboo. Set to go on air starting from March 28th 2022, the show narrates the bitter-sweet relationship of a husband and wife and how they reconcile years later after their separation, owing to a violent episode.

The intriguing promo unveils a family of four dining at the table. When everything looks seemingly normal, the audiences are in for an eye-opening revelation. The video witnesses Krishna (played by Actor Suresh Menon), slapping his wife Meera (Actor Kushboo) in front of their two kids as she shuns his attitude and questions his negligence towards the family. The hard -hitting slap leads to her taking a decision to end things with her husband. Upon her husband stating that they have been together for years now, and objecting to her decision, Meera retorts by saying that she does not want her children to normalize domestic violence. Depicting the famous saying, you be the change you want to see in the world, the character Meera strives to be an inspiration to every woman out there.

The channel also initiated a unique Missed Call campaign recently showcasing a short clip of the promo, prompting people to share their thoughts on whether or not it is justified for a husband to hit his wife with a toll-free number.

The campaign was implemented after the internet broke into frenzy as Actor Kushboo posted a photo of her with a swollen face and handprint on her check on her Instagram handle with the #SayNoToViolence #StandWithMe #SpeakUpNow #Meera, leading many fans to speculate the myriad of reasons behind it. With this brand new show, Colors Tamil and Actor Kushboo are taking a conscious step towards empowering women and urging them to stand up for their rights amidst the patriarchy with #StandWithMeera. Meera aims to enlighten the audiences that all sections of women face such brutality, even if they are well-educated or belong to the urban population.

In a First in Chennai, Non-Invasive Leadless Pacemaker implanted in a 60-year-old...

Shriram Group, one of India’s leading financial conglomerates has committed a contribution...

The Summit is being hosted by the US-India Business Council."This year marks the...