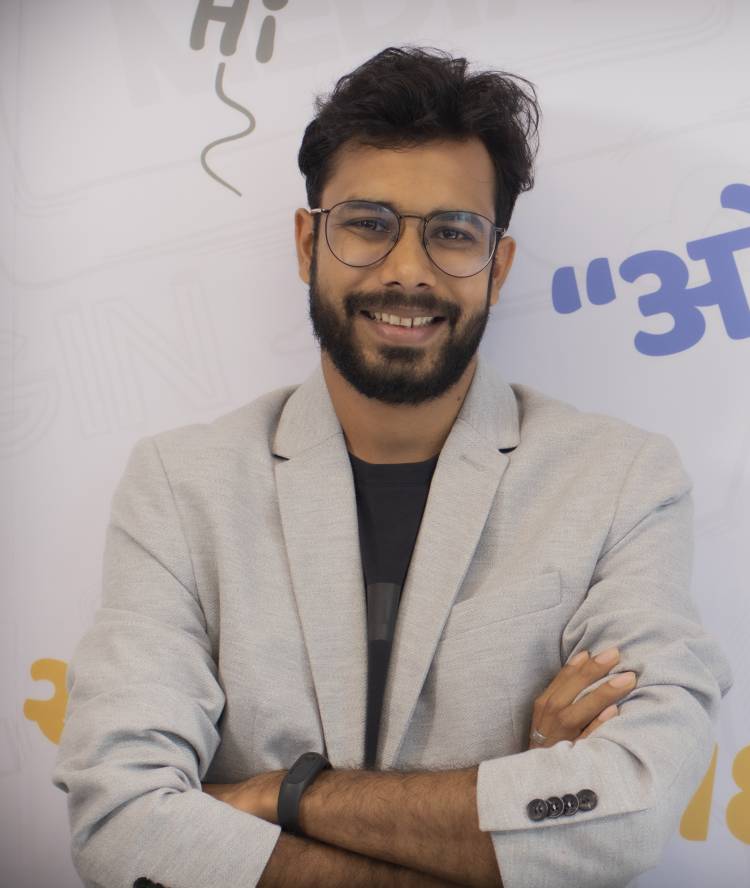 24th, January 2022: Lokal, a hyperlocal social media platform, today announced the appointment of Nitin Babel as Vice President Operations and Praveen Joshi as Vice President Engineering. The appointment of both senior leadership roles is a critical step towards achieving Lokal’s vision of building India’s first super app for towns. With this strategic move, Lokal aims to achieve operational excellence and a strong digital architecture to extend digital opportunities for India's Tier 2 and 3 users in their native languages.

Nitin Babel has featured in Forbes Asia 30 under 30 and honoured by IIT Kharagpur as Young Alumni Achiever. A Digital Bharat enthusiast, he brings years of expertise and research on understanding the needs of the next billion users. As VP Operations, Nitin will be responsible for devising the operational strategy and aligning all the business verticals to contribute towards the larger business vision.

Nitin has been a part of the start-up ecosystem for over seven years. In his previous role as Co-founder at Niki.ai, he was instrumental in establishing a user-first culture across the organization.

An industry veteran, Praveen Joshi comes with over 15 years of experience in architecting and delivering innovative large-scale technology platforms from conception to market.  As VP Engineering, he will focus on orchestrating a robust tech framework, facilitating the business to garner high-impact results through an integrated and unified digital strategy. Leading the team of developers, engineers and collaborating with product managers, Praveen will also closely mentor the tech talent at Lokal.

Praveen comes with a versatile blend of experiences, from building ad servicing at Komli, to leading the engineering vertical at  Sharechat focused on social media networks for Tier 3 and 4 cities. Having served as the CTO at Radiolocus, he comes with a deeper understanding of location based data analytics which makes him an ideal craftsman.

Commenting on the two new appointments, Jani Pasha, CEO and Co-founder, Lokal said, “With 6X growth in user base and over 10X increase in revenue year-on-year, Lokal has entered into a hyper-growth phase. The journey hereon will be pivotal for us to achieve our vision to become India’s first super app for towns. Therefore, it was essential for us to expand our leadership team with personalities like Nitin and Praveen, who are not only experts in their domains but are equally passionate about what we are building at Lokal. Both Nitin and Praveen have a series of achievements preceding them, and we are delighted to have such accomplished and talented leaders on board with us. ”

Nitin Babel, Vice President - Operations, Lokal said, “Coming from a tier 3 town in Rajasthan, I empathise with the daily hurdles faced by the masses. It has been my constant effort to 10x the standard of living of the people using digitisation. I am really excited to be a part of this transformational journey and strongly believe in Lokal's mission of empowering the Bharat economy. I look forward to setting up a strong operational platform for 100 million users and businesses over the next 2 years.”

Praveen Joshi, Vice President - Engineering, Lokal said, “Lokal has been one of the fastest-growing hyperlocal social platforms. It gives me immense pleasure to join the company at such a unique juncture, where it is positioned to play an important role in building the digital Atma nirbhar Bharat. I look forward to setting up a cohesive digital architecture that will further enhance the user experience and engineering of the application.”

About Lokal
Founded in 2018, Lokal is on a mission to strengthen hyperlocal communities by enabling its mostly non-English users to share, interact and transact in their regional language. Lokal users gain access to hyperlocal information such as local news, daily commodity prices, local jobs, real estate, matrimonial, local business advertorials and classifieds which would otherwise be scattered across local newspapers. The app is available in Kannada, Telugu, Tamil, Malayalam, Gujarati and Marathi, and has 10 million downloads with a presence in 180+ districts across South India. Having achieved unmatched user density in deep tier 2 & 3 locations in India, Lokal has been supported by marquee investors, namely 3one4 Capital, India Quotient, Y Combinator. To know more do click: https://getlokalapp.com/

The universe is bound with variety of crimes and criminal activity and it's backgrounds..........

Not fair to ignore bodycare this summer!

Under gloriously hot and brutal rays of the sun,