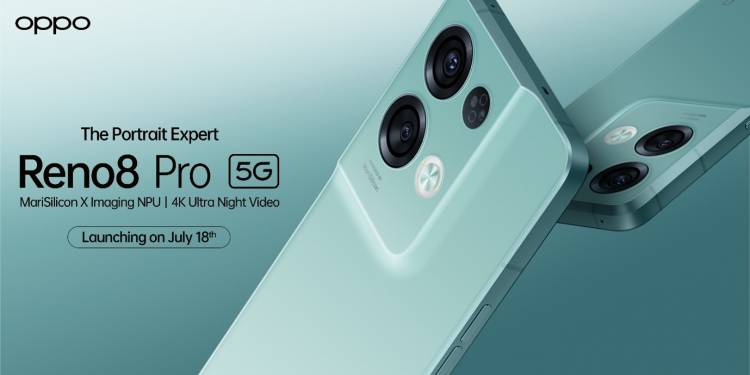 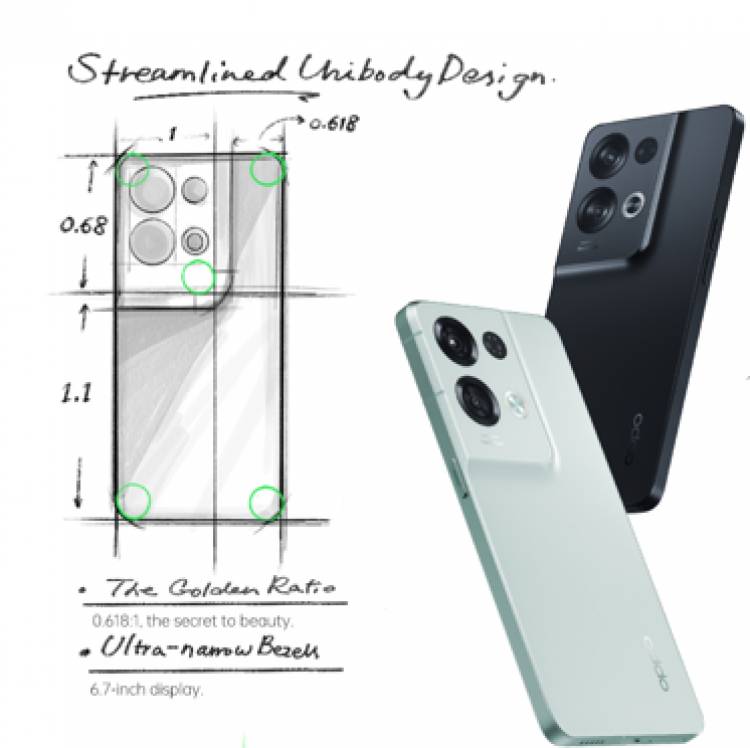 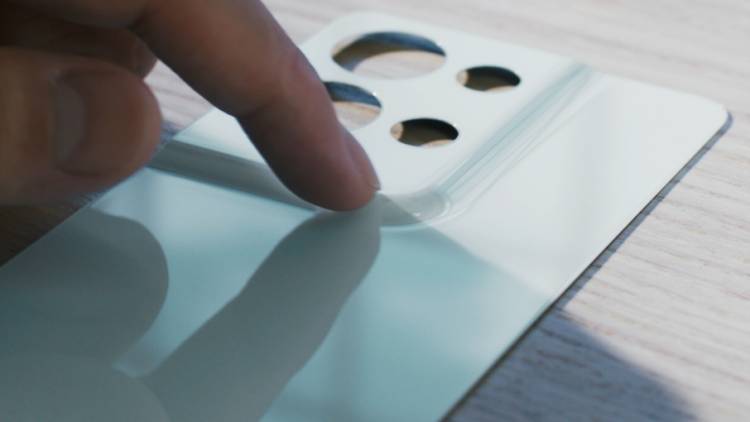 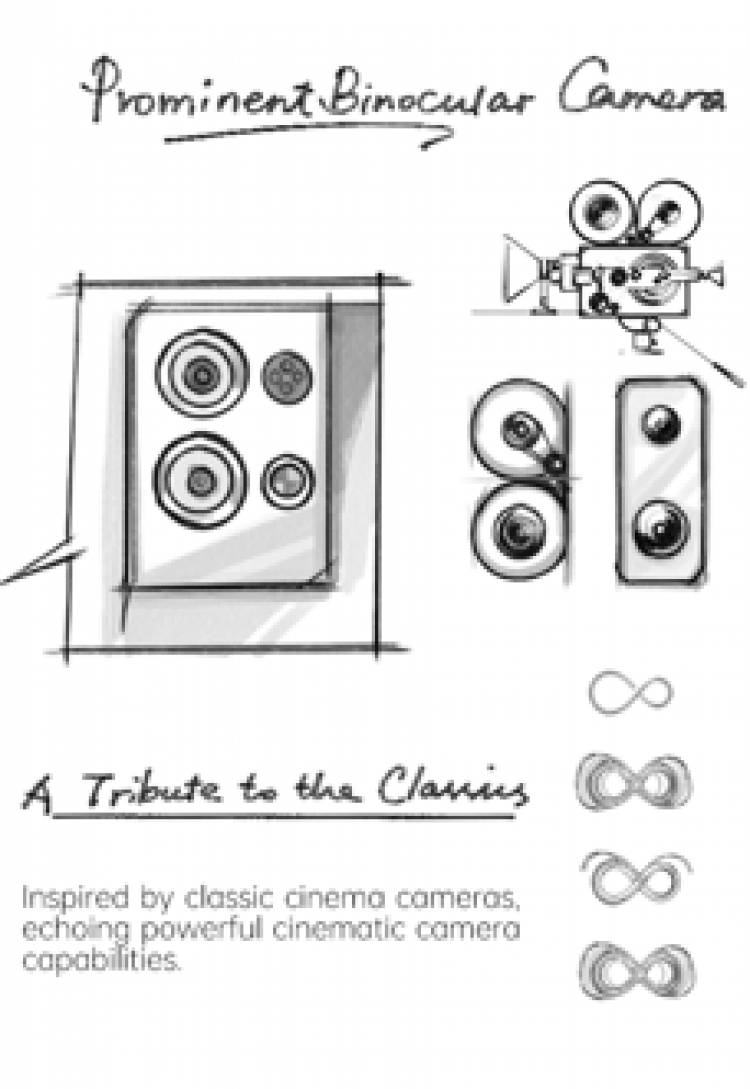 ·     The Golden Ratio has been an artist’s and designer’s guide for centuries; in pop culture it is referenced in the The Da Vinci Code by Dan Brown

New Delhi, 05 July 2022: OPPO has constantly redefined design in its Reno smartphones. This time, it has adopted the Golden Ratio from Sacred Geometry as the philosophy for its Reno8 Pro.

For build durability, OPPO has used an aluminium frame, coupled with Gorilla Glass 5. Furthermore, the glass back has been heat-forged and moulded to create an ergonomically streamlined unibody that melds the camera module with the rest of the handset’s back. This new design is the outcome of over a hundred changes and 400+ days of effort.

The Golden Ratio (1:.618), which forms the basis of the Reno8 Pro’s design, is a mathematical proportion that is naturally pleasing to the eye. The ancient Greeks observed that it provided for aesthetically pleasing proportions when employed in architecture and art, a notion strengthened during the Renaissance era. The Golden Ratio occurs in the arrangement of the seeds in a sunflower, the petals of a rose, and even the spiral of the Nautilus shell. It is visible in the architecture of the Parthenon, the Great Pyramids and even the Taj Mahal.

Leonardo Da Vinci used it as a grid for his Mona Lisa, while Salvadore Dali applied it in The Sacrament of the Last Supper. OPPO's designers used this very same proportion to section the rear camera module—both laterally and vertically—on the handset to create a similarly pleasing aesthetic.

The sleekest Reno yet

For ergonomics, OPPO's engineers observed how users hold their phones to create the streamlined unibody design for the Reno8 Pro. The entire back of the handset uses a single piece of glass that is heat-forged and pressure moulded to form the soft curves required for the camera module.

The process involved creating a graphite mould that was hand polished with three diamond sheets of different roughness to ensure smoothness. To remove the wrinkles caused by high-temperature forging and moulding around the camera module, OPPO employed eight nanometre-scale polishing processes to guarantee a surface fineness of 1-2 nanometres.

As a result, the Reno8 Pro sports a smooth 75-degree micro-arc transition between the camera module and the rest of the back that looks sleek and smooth. It is the slimmest Reno yet and tilts the scales at a mere 183gms.

OPPO follows the same moulded design for the camera module of the OPPO Reno8 to create a classy, premium handset with a streamlined unibody that feels great to hold and use. It weighs a mere 179gms and is just 7.67mm thin.

Additionally, OPPO’s designers have crafted the camera module to echo the imaging power of the Reno8 Series. In a nod to the classic, the team has designed the prominent binocular camera set-up to resemble the two reels of a film camera. This also draws a parallel to the infinity symbol—as well as the number ‘8’—to denote the smartphone’s comprehensive imaging power and its order in the Reno Series.

At the same time, the adjacent Ring Flash is recognisable and blends perfectly with the lens. Dual flashes have been constructed in a circular shape to create a setup capable of providing adequate fill light when the camera is in use.

The ultra-slim OPPO Reno8 Pro will be available in two colours—Glazed Green and Glazed Black—that showcase its premium quality. The Reno8 will come in two plush hues: Shimmering Gold, a colour effect achieved by a precise combination of dual textures and coatings along with OPPO Glow printing, and Shimmering Black, which is different from pure black as it resembles a starry night sky.

OPPO is a leading global smart device brand. Since the launch of its first mobile phone - “Smiley Face” - in 2008, OPPO has been in relentless pursuit of the perfect synergy of aesthetic satisfaction and innovative technology. Today, OPPO provides a wide range of smart devices spearheaded by the Find and Reno series. Beyond devices, OPPO provides its users with the ColorOS operating system and internet services like OPPO Cloud and OPPO+. OPPO operates in more than 50 countries and regions with more than 40,000 of OPPO's employees are dedicated to creating a better life for customers around the world.

POCO India hits another milestone with C31, surpasses 1 Million units in sales via...

Not fair to ignore bodycare this summer!

Under gloriously hot and brutal rays of the sun,