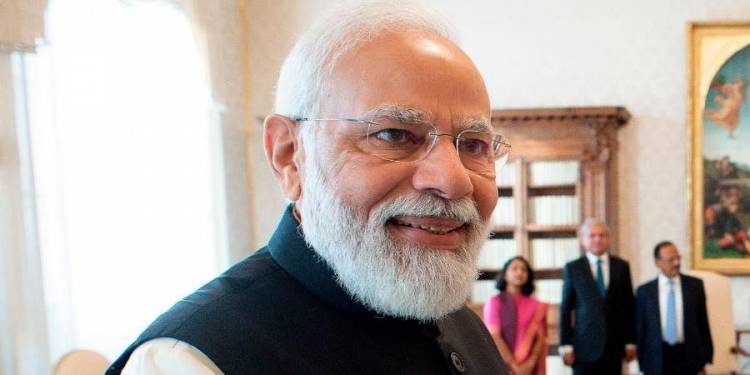 During the two day summit, the leaders adopted the Rome Declaration and emphasised on Covid-19 immunisation across the globe
Prime Minister Narendra Modi on Sunday described the just-concluded G20 Summit in Rome as "fruitful" and said world leaders had elaborate deliberations on issues of global importance such as fighting the pandemic, improving health infrastructure, boosting economic cooperation and furthering innovation.

The G20 leaders during their two-day summit, adopted the 'Rome Declaration' and the countries agreed that the COVID-19 immunisation is a global public good.

"Leaving for Glasgow after a fruitful @g20org Summit in Rome. During the Summit, we were able to have elaborate deliberations on issues of global importance such as fighting the pandemic, improving health infrastructure, boosting economic cooperation and furthering innovation," Mr. Modi tweeted.

The G20 leaders have agreed that the World Health Organisation would be strengthened to fast-track the process for emergency use authorisation for Covid-19 vaccines, India's G20 Sherpa Piyush Goyal said on Sunday.

Noting that energy and climate were the centre of the discussions at the G20, Mr. Goyal said India and many other developing countries pushed for safeguarding the interest of the developing world.

"We were also joined by the developed countries to increase the ambition from the current levels of commitment and active interest that the developed world has shown in terms of providing technology and affordable finance,'' he said.

"We have really got into the text the language that confirms that the developed world has acknowledged that they have not done enough in terms of meeting their commitments and that they will have to be more forthcoming in providing finance in providing technology and (be) the enablers to make the transition to a clean energy world in the future," he said.

Mr. Goyal said it was also decided that the recognition of Covid vaccines which are deemed to be safe and efficacious by the WHO will be mutually accepted subject to national and privacy laws that the countries may have.

In Glasgow, Mr. Modi will join more than 120 Heads of Government and Heads of State at the World Leaders’ Summit (WLS) of the 26th Conference of Parties (COP26) to the United Nations Framework Convention on Climate Change (UNFCCC) at the Scottish Event Campus (SEC) – a designated UN zone for the global summit.

During his three-day U.K. visit until Tuesday, Mr. Modi is listed to address the COP26 summit with a national statement about India’s climate action plan in the afternoon session on Monday.

For the first time, the Census will collect data of transgenders headed houses....

‘e-Shikshanam’- Online Teacher Training program is being taken up in to train teachers...