Sonia Gandhi has been elected chairperson of the Congress's elected parliamentarians 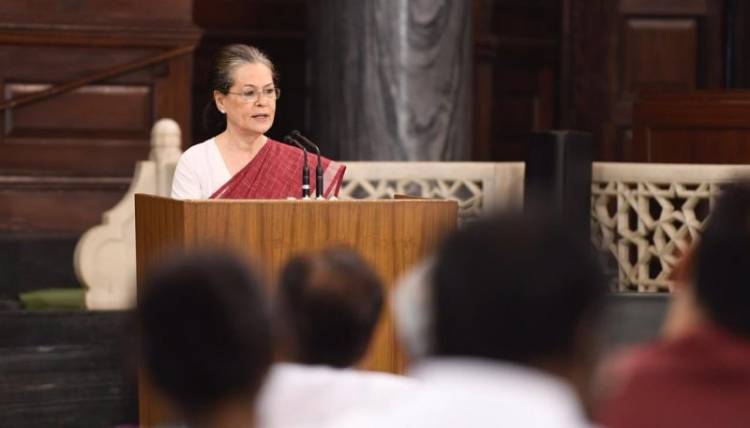 NEW DELHI: Sonia Gandhi has been chosen the chairperson of the Congress's elected parliamentarians at the meeting of the party's parliamentary committee this morning.

Former Prime Minister Manmohan Singh proposed her name. The chairperson names as the leader of the party in parliament - her son Rahul Gandhi, who wants to step down as the party chief, or another member.

Amid efforts to get him to change his mind about resigning the party post, the Congress has debated the possibility of Rahul Gandhi at least leading the party in parliament.

The Congress is three members short of the figure that would qualify it for the post of the Leader of the Opposition. The rout in the recently held Lok Sabha elections has left the party with 52 lawmakers - marginally higher that the figure of 44 in 2014.

The position of the Leader of the Congress in parliament was occupied by party veteran Mallikarjun Kharge in the last Lok Sabha. Mr Kharge, however, lost the election from Karnataka's Gulbarga -- the first electoral loss for the nine-time legislator and two-term Lok Sabha member.

At the meeting, Sonia Gandhi thanked the 12.13 crore people who voted for the Congress - pointing to the fact that even in defeat, the party has a sizeable voter base.

In an emotive note, she also thanked Rahul Gandhi "for toiling night and day and taking on the Modi government... raising concerns about all sections of society and helped the party win in Madhya Pradesh and Chhattisgarh and Rajasthan".

"As we speak, emotional messages are coming for his continuation (as the party chief). The Congress Working Committee met to deliberate the issue and must take steps," she added.

This is Rahul Gandhi's first meeting with party leaders since he announced his decision to step down as the party chief and asked them to choose a non-Gandhi member to succeed him, at the meeting of the Congress's top decision-making body exactly a week ago.

The party has refused to accept the decision and there has been an impasse over it since.

Airtel to acquire 20% stake in Bharti Telemedia from Warburg...

Consideration to be substantially discharged through the issuance of Airtel .............

Students and Schools felicitated at the grand finale of...