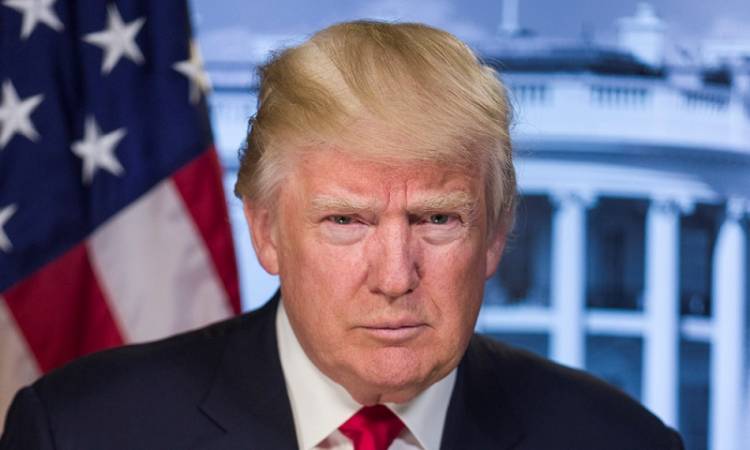 NEW YORK: As he hardens his stand on trade, US President Donald Trump is ending India's $5.6 billion trade concessions under the Generalised Scheme of Preferences programme with effect from June 5.

"I have determined that India has not assured the United States that India will provide equitable and reasonable access to its markets," he said in a proclamation issued Friday night.

"Accordingly", he said, "it is appropriate to terminate India's designation as a beneficiary developing country effective June 5, 2019."

The end to GSP comes ahead of the meeting between Trump and Prime Minister Narendra Modi in Japan later this month during the G20 Summit. Trade issues are likely to come up during their meeting.

Trump is on a mission to end the massive US trade deficits and has imposed or proposed higher tariffs on imports from several countries while involved in a trade war with China.

On Wednesday, he announced punitive tariff hikes on imports from Mexico over its leniency towards immigrants from Central America.

Turkey was also stripped of its GSP trade concessions along with India on Friday.

India, which came under the GSP programme in 1975, is its largest beneficiary in the US. However, India's GSP exports of $5.6 billion were only a small part of the total exports worth $76.7 billion in 2017, according to the US Trade Representative (USTR).

The GSP programme is limited to certain categories like apparel and footwear with the aim of alleviating poverty by promoting exports by poor craftspeople and artisans in those sectors.

At a hearing held by the USTR last June on withdrawing India's GSP, the Minister in-charge of Commerce at the Indian embassy in Washington, Puneet R. Kundal, said that withdrawing GSP benefits to India "would be discriminatory, arbitrary, and detrimental to the development, finance and trade needs of India, which is a vast and diverse developing country with unique challenges."

Trump had notified Congress in March of his intent to end the GSP preferences as required by law.

Trump has been on a warpath against what he said were high tariffs on US imports to India.

While pushing for the Reciprocal Trade Act in January, he brought up India's duty on American whiskey, which he said was 150 per cent, and on Harley Davidson motorcycles that he asserted he had gotten reduced from 100 per cent to 50 per cent.

The decision to end the GSP may not entirely be influenced by high tariffs imposed by India on US imports. The two countries have had differences over the restrictions placed on e-commerce by Amazon and on Walmart subsidiary Flipkart and on data housing by Visa and Mastercard.

In retaliation for the US raising tariffs of steel and aluminium imports from India, New Delhi has threatened to increase duties on agricultural products like walnuts, apples and other fruits imported from the US.

A trade group has warned that ending GSP for India could ironically end up helping China on which the Trump administration has launched a trade war.

The American Apparel and Footwear Association said in written testimony to the USTR that if GSP benefits are withdrawn for India as well as Indonesia and Thailand, US "companies will have no choice but to return to sourcing from China".

But the US dairy industry made a strong submission to the USTR to end the GSP for India citing its difficulties in exporting to India.

Shawna Morris, Vice President of the National Milk Producers Federation and the US Dairy Export Council in oral testimony at the USTR hearing in June accused India of refusing to provide them equitable and reasonable access to its markets through "unscientific sanitary and phytosanitary requirements."

These requirements by India were that the exports should not come from cows that have been given cannibalised feed that includes offal or other meat products.

Kundal countered that it was not an issue of market access but of "certification given the religious, cultural and moral sensitivities" and India provide unimpeded market access to dairy products from all countries that met the criteria.

Another opposition came from the medical sector based on price controls on medical devices imposed by India. Kundal said that these were necessitated by India's need to provide affordable healthcare to its citizens.

Sonia Gandhi has been elected chairperson of the Congress's elected parliamentarians

Chill and Grill by the beach at Taj Fisherman’s Cove

Omicron is mild, why the hype?

It is worrying to see a perception being created that Covid .......

In yet another immigration-friendly move, .......