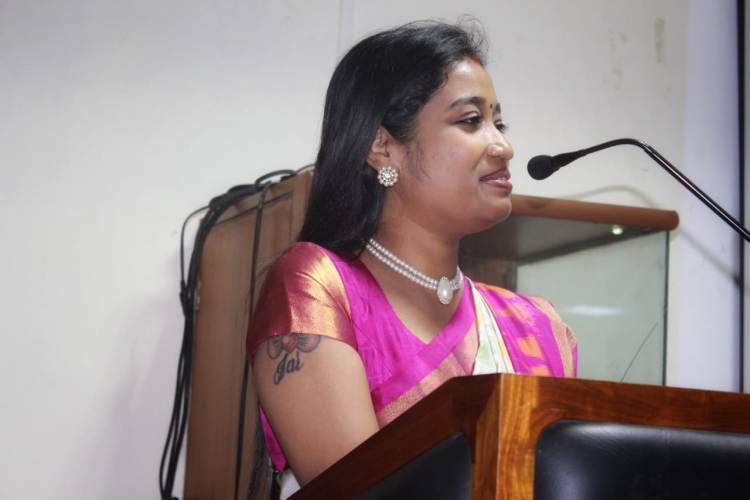 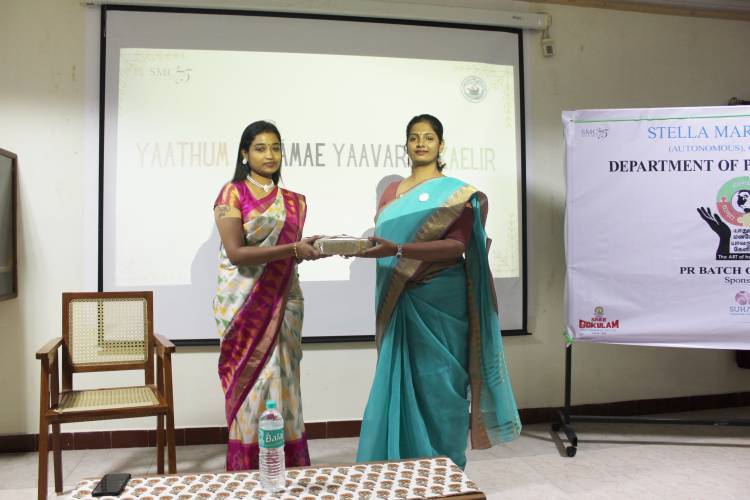 Stella Maris College launches “Yaadhum Manamae Yaavarum Kaelir” Campaign
-    An initiative of the Department of Public Relations on The ART (Acceptance, Respect and Tolerance) of Humanity

Chennai, 12 May 2022: The Department of Public Relations, Stella Maris College, inaugurated ‘Yaadhum Manamae Yaavarum Kaelir’, a campaign on spreading awareness on values such as acceptance, respect and tolerance on campus.

As an annual campaign carried out by the final year students of the Department, the theme for this year rests upon what has been dubbed as the “ART of Humanity”. This campaign aims to spread awareness on problems that arise due to lack of respect and by extension, lack of tolerance and acceptance. Disrespect that takes place on a micro-level, in day-to-day life has been normalized as a joke and the students look to highlight the issues we face not only at an individual level but also as a community. This campaign is mainly targeting college-going students and working professionals. Webinars and awareness sessions will also be conducted as part of the campaign.

Dr Saranya Jaikumar, Educational Psychologist and member of the Tamil Nadu Commission for Protection of Child Rights was the Chief guest for the campaign inaugural. In her address during the event, she encouraged the students to speak up for themselves, especially as women, and on the importance of service in lending their voices to society. Dr Saranya also reiterated the importance of mutual respect and acceptance for the well-being of self and society at large.

Dr S. Shrinidhi, Head of the Department of Public Relations, Stella Maris College, stated that “Since the Department’s founding in 2006, our students have been conducting Public Relations campaigns on societal or environmental issues. Our programme gives students an opportunity for hands-on learning that has been shown to be useful for their professions.” She also thanked Dr Sr. Rosy Joseph, Principal and Secretary, Stella Maris College and the Vice Principals of the college for encouraging and supporting this campaign.

Ms. Lourdes Louis, student representative and member of the organising team of the campaign stated, “While it (respect) may seem like a very familiar topic, there are nuances that have become invisible to our consciousness in everyday life. What we might consider insignificant in words or actions may have detrimental consequences on others. This is one of the major points our campaign emphasises on.”

The campaign runs for 3 weeks and will include various in-house sessions, webinars and competitions. As a closing event in the month of June, a mini walkathon will be conducted to garner public support for the cause.

*****
About Stella Maris College:
Stella Maris College (Autonomous), Chennai is a Catholic Minority College run and governed by the society of the Franciscan Missionaries of Mary (FMM). The College is affiliated to the University of Madras, Chennai and was founded in 1947. The College aims at empowering young women from all backgrounds through holistic education thereby promoting social change and responsible citizenship. The institution also aims at fostering an inclusive community by bringing together different cultures and making the learning vibrant and nourishing.

Spend this Holi-day amidst a tropical treat at Sahara Star

Reconnect with your tribe this season of Holi and etch out some truly unforgettable...

She brings with her over 12 years of experience