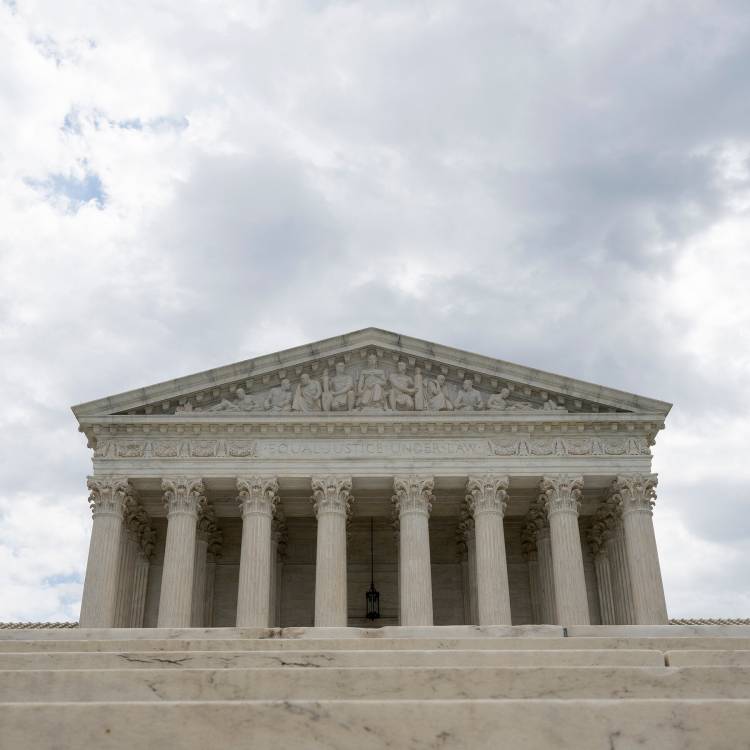 The Supreme Court on Monday affirmed a lower court's decision to rule against giving District of Columbia residents a voting member in the House of Representatives.

Last year, a panel of judges ruled against a group of Washington residents who brought forward the case, seeking representation in the nation's capital.

"Because voting is a fundamental right and Congress has conferred that right on thousands of individuals who are not state residents – Applicants argue that voting representation must be extended to District residents," the group's attorney wrote. "Applicants' suit thus challenged their denial of access to this fundamental right as a violation of their equal protection, due process, and first amendment rights under the U.S. Constitution."

The lower court's decision held that residents of the District are not entitled to voting representation in the House of Representatives.

"We recognize that District residents' lack of the congressional franchise is viewed by many, even most, as deeply unjust, and we have given each aspect of Plaintiffs' claims most serious consideration, but our ruling today is compelled by precedent and by the Constitution itself," the lower-court panel's opinion reads.

In an unsigned order, the high court cited an earlier decision, which in 2000 denied D.C. residents voting representation based on Article I of the Constitution, which states that House members be chosen by the people in "several states." The majority held that since D.C. is not a state, its residents are not entitled to a vote in Congress. The order also indicated that Justice Clarence Thomas and Justice Neil Gorsuch would have dismissed the appeal based on their view that the court lacked jurisdiction.

Monday marks the first day of the Supreme Court's term, which could see landmark rulings on abortion and gun control, along with debating consequential issues such as religious liberty and affirmative action. Meanwhile, public support for the high court had dwindled to a 20-year low of 40%, according to a recent Gallup survey, which was conducted shortly after the Supreme Court declined to block Texas' controversial abortion law. A new high of 37% also say the court is too conservative.

Occurrences of cases of counterfeiting and smuggling much...

Hindustan Online - CODE to host a webinar on Career Opportunities...

The aviation industry is rapidly expanding both in India .........

The conference witnessed Prime Minister Modi proposing the creation of a COVID-19...

Driven by overwhelming response of Indian students, Enterprise Ireland is all set...