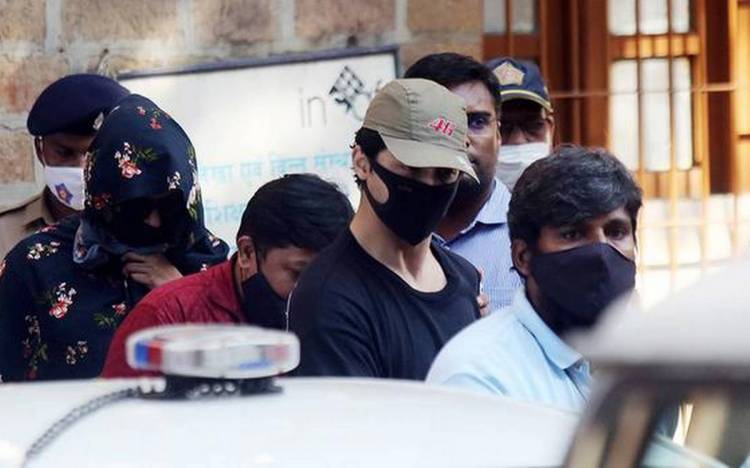 After the raid, the NCB's Mumbai zonal unit started a crackdown on drug peddlers connected with the arrested persons. The agency sleuths also brought some suspects, including from the cruise ship, to the NCB's office here for an enquiry, the official said.

During the questioning of suspects, the role of two more persons came to light, following which they were placed under arrest, the official said without disclosing their identity.

So far, 11 people have been arrested in connection with the seizure of banned drugs from the cruise ship.

The NCB on October 4 claimed before a city court that "shocking and incriminating" material recovered in WhatsApp chats of Aryan Khan and two others arrested in connection with the case showed international drug trafficking.

The Narcotics Control Bureau, which got the remand of Aryan Khan (23) and the other eight accused from the court till Thursday, also claimed that in the WhatsApp chats he is discussing modes of payment to be done for procurement (of drugs) and that several code names are being used.

Aryan Khan's lawyer claimed no drugs were recovered from his client's possession.

The monster deal thrashed out between Republicans, Democrats and the White House...

To further reinforce its customer-obsession and offer the best products and experience...

Congress President Rahul Gandhi said on Thursday that a Congress government will...