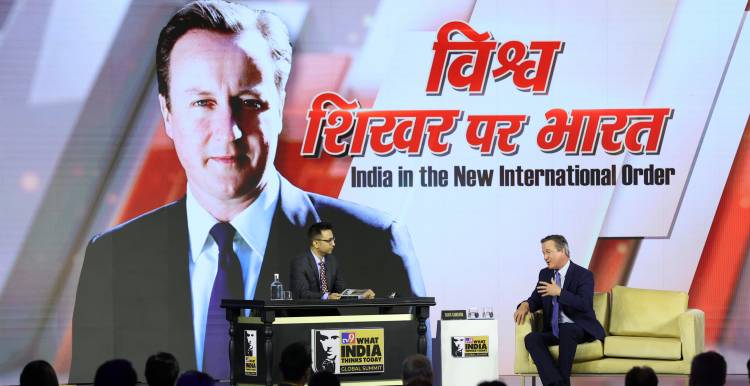 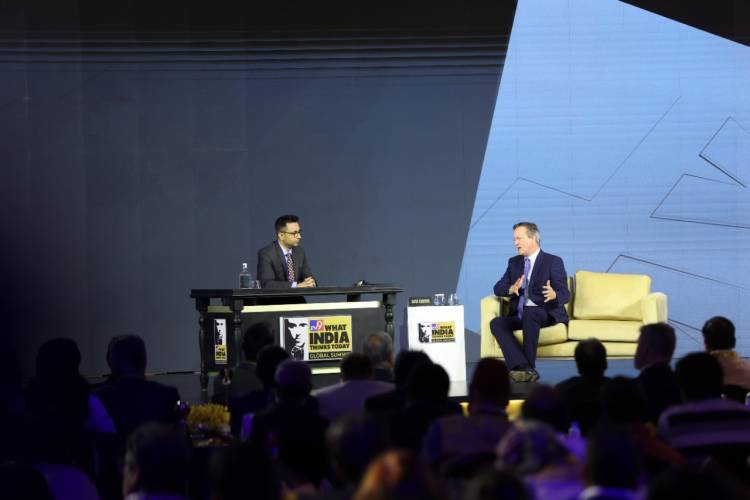 Given the skills, energy, growing economy and leadership that the country has, the next few decades can belong to India, former Prime Minister of the UK David Cameron said on Saturday while speaking at a session ‘India in the New International Order’ on the second day of TV9 What India Thinks Today Global Summit held on June 17-18, 2022 at Taj Palace in New Delhi.

The former British PM was in conversation with Barun Das, the CEO of TV9 Network, the most watched news network in the country.

Speaking on India’s potential to aspire for a Vishwa Guru or leadership position on the world stage, Cameron said, “I feel there is every chance that the next few decades can be India’s decades. India is one of the fastest growing major economies in the world that is also pushing up global growth rates.”

Significantly, the former British PM views India’s potential linked to the leadership of Prime Minister Narendra Modi, who he thinks, has a track record of delivering changes on the ground.

“He (Narendra Modi) combines very powerful rhetoric, powerful arguments with the track record of delivering and implementing changes on the ground.”

Cameron put a lot of emphasis on economic growth. “Economy is absolutely central…. If you can’t prove your economy is growing and you are lifting people out of poverty into prosperity then your power on the world stage is reduced,” remarked the British PM.

On the question of Russia’s war on Ukraine, Cameron felt that only one individual, the President of Russia, Vladimir Putin, was responsible for the entire misery the war has heaped on the people of Ukraine and different economies in general.

“You have to blame for what has happened in Ukraine on one person and one person alone – Vladimir Putin. He has invaded a sovereign country and has been pounding it with artillery. It is an appalling act,” said Cameron, adding that the G20 talks in November in Bali will be hobbled since he felt that it might be difficult to sit around the table with a “mass murderer.”

The British former PM felt that China’s continued rise in manufacturing was inevitable. “The great economic rise of China will continue. China’s rise is inevitable. It is something we have to try to manage and try to ensure that we have a safe world without conflict. There is a big opportunity for India as the world’s biggest democracy. Companies all over the world think about ‘where are my supply chains, where do I feel safe, where do I feel welcome’’,” he added.

Cameron, credited with breathing new life in the British Conservative Party in this century, served as the Prime Minister of the UK between May 2010 and July 2016.

He made multiple visits to India both as the Leader of the Opposition and as the PM.

The Summit with the overarching theme ‘Vishwa Guru: How Near, How Far?’ was held to bring policymakers and thought leaders from the country including an array of Union Ministers, corporate captains, Chief Ministers, as well as global voices to discuss various areas and challenges facing an India that is preparing for a more significant role in the post-pandemic world order.

Apollo Hospitals one of the leading hospitals in the country and a pioneer in cardiac...