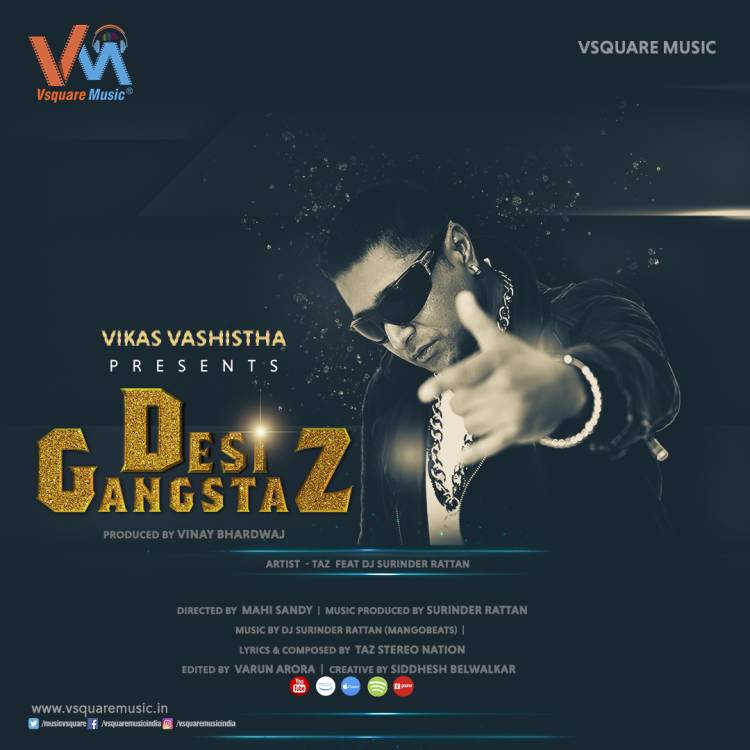 Vsquare Music is proud to be associated with Taz Stereo Nation, a British Singer, composer and actor of Indian origin popularly known as Johny Zee does not need any introduction. The popular numbers sung by him speaks a lot about him which includes 'Daru Bich Pyar' from 'Tum bin' 'Nachangeh Sari Raat' from ' Oh Laila', 'Gallan Gorian' from 'Batala House' to name a few.

Vsquare Music released a full video of 'Desi Gangstaz' which is basically a Punjabi music with much flavour and universal acceptance, sung and composed by Taz Stereo Nation, music given by DJ Surinder Rattan and produced by Vikas Vashistha.

The song is being released on Vsquare Music's social media handle which is creating lots of buzz and excitement among the viewers and listeners as usual.